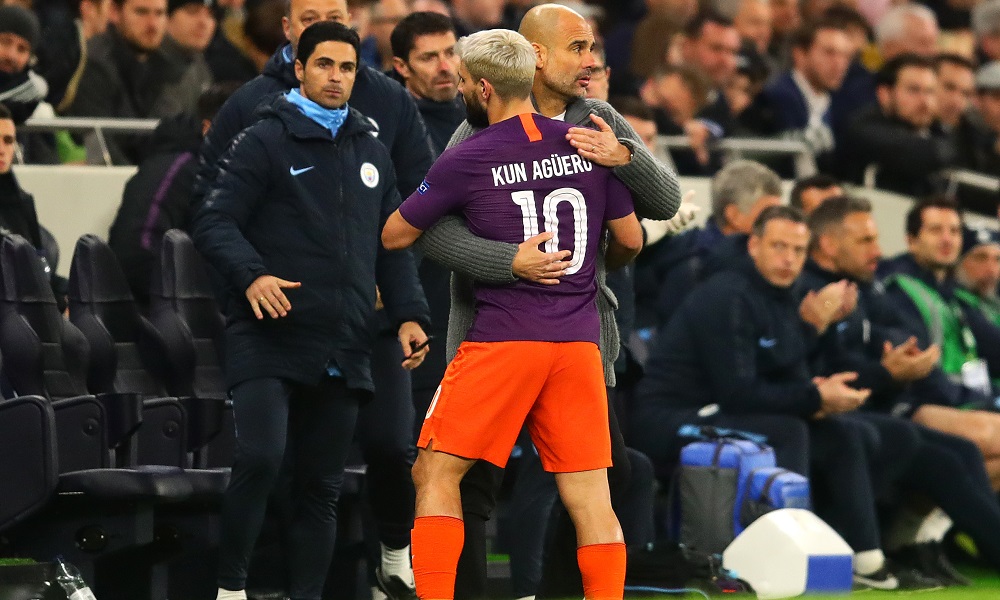 After three months of table tennis, e-sports, and scintillating chess face-offs, sports fans reluctantly turn back to the behemoth that is Premier League football this week.

Yes, top flight action resumes in England this Wednesday, first as Aston Villa host Sheffield United, live on Sky Sports from 18:00, before Pep Guardiola vies against his old No.2 Mikel Arteta when Man City host Arsenal in a 20:15 kick-off at the Etihad. For all the latest Premier League odds, visit our sportsbook.

With matches played behind closed doors, things won’t be quite back to normal; indeed, this would be the perfect occasion for some sort of stadium-based wordplay alluding to a lack of fans, if only we could think of one. Ah well.

City currently sit second in the league table, albeit some 25 points behind leaders Liverpool. As for the Gunners, they are way down in ninth place, though the side have improved since Arteta took over from Unai Emery in December.

‘Recent’ form may not be an especially useful guide, given the passage of time since the last competitive game. Nonetheless, City lost their last outing away to Man United, and have been generally uncharacteristically sloppy this season, with a loss to Spurs back in February too.

Meanwhile, Arsenal are unbeaten in the league so far in 2020, and have won their last three league games. It’s not much to go on, but fine dives have been made from flimsier springboards; let’s have a crack at this one.

Guardiola has a fully fit squad right now, with Aymeric Laporte having returned shortly before the break, and Leroy Sane available for selection for the first time since he played in the Community Shield.

Yet with only incredible calamity capable of preventing Liverpool from winning the league now, some have speculated that Guardiola’s focus is unlikely to be on the league for the remaining ten games of the campaign. Not when he still has a chance at winning the Champions League, at least.

City have already won the League Cup in 2020, but the Manchester club’s personnel clearly expect to compete for more prestigious trophies than that; and it’s been eight years since Guardiola won Europe’s greatest club tournament. The side currently lead Real Madrid 2-1 after beating the Spanish giants at the Bernabeu in a first leg round of 16 tie.

All of which means that some players could be rested for Wednesday’s encounter with Arsenal. For the Gunners, that hardly means this is a fish-in-a-barrel type opportunity for the North London club to score an away win; after all, Arteta’s side did lose 2-3 to Brentford in a friendly last week.

Arsenal were dumped out of Europe by Olympiacos in February too, and looking at the teams they have faced since Arteta took over tells its own tale. Arsenal have played two top five sides since the Spaniard took the reins, losing once and drawing once against Chelsea, who have been erratic under Frank Lampard, and beating a Man United side that never seem to do what you expect.

Perhaps Arteta has been able to use the three-month break to instil his philosophy into his players; maybe this will be one of those “pupil outshines the master” type matches, like when Lampard’s Derby beat Jose Mourinho’s Man United last season.

That might be wishful thinking though. What we’ve seen from the games in Germany since Lockdown was lifted is that, without the noise of the support to help influence the outcome of a match, the winner of any game is almost always the better team.

Arsenal have a good record of scoring under Arteta, and maybe that will continue this week, but City’s attacking options – Sergio Aguero, Leroy Sane, Gabriel Jesus, Raheem Sterling – not to mention the best playmaker in the league in the shape of Kevin de Bruyne, mean a City win looks the sure-fire outcome.

With the Gunners finding the net regularly, perhaps backing Both Teams To Score and Total Goals Over 2.5 in our new Pre-packs betting section could hit the spot. That bet is available at 4/5.

If you’re looking for bigger odds, consider backing Man City to win and Aguero to score at least two goals at 17/5 (assuming he starts), again in the Pre-packs section of our site. Aguero scored a hat-trick in this fixture last season, and scored in two of his last three games before the extended break.