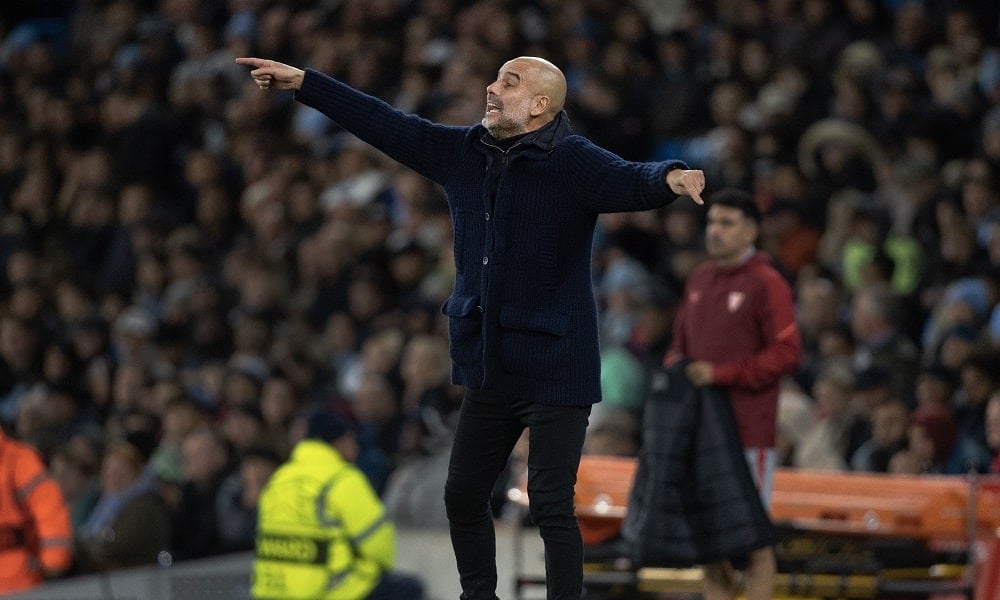 Man City welcome Spurs to the Etihad with both teams in need of a boost. Spurs were comfortably beaten at home in the North London derby on Sunday; City come into this match off the back of two straight defeats.

Pep Guardiola’s side followed up a League Cup loss to Southampton with a Premier League defeat to Man United at the weekend. A third consecutive failure to win would really set tongues wagging; after all, City were widely expected to take the Prem at a canter this season.

Not that it couldn’t still happen, whatever Pep says. City are eight points behind Arsenal in the title race, with half the season to go.

The Gunners are favourites at 41/50, but at 7/5 the traders still believe City are firmly in the mix – while resurgent 11/1 shots Man United may still be contenders, should Arsenal’s lack of strength in depth come back to bite them.

But it’s another north London side that concerns Guardiola on Thursday. And the good news for City is that Tottenham aren’t exactly wowing under Antonio Conte.

Last season Tottenham went to the Etihad and won 3-2; in fact, Spurs won both their matches against City in the previous campaign. But it’s hard to see something similar happening again, even given City’s own lapses, with Tottenham looking so flat so often these days.

City have managed just a shot on target in their last two games. And Erling Haaland hasn’t scored in his last three appearances for City. But this visit offers the towering forward a fantastic opportunity to rediscover his scoring touch. Haaland is 47/20 to open the scoring against a side that has kept one clean sheet in their last nine league games.

In fact, after a quiet spell Haaland could come good with a few goals; the Norwegian is 14/5 to score at least twice on Thursday. In half of the 16 games in which he’s scored this season, he’s found the net twice or more.

With Hugo Lloris looking ever more fallible recently, it wouldn’t be a shock to see Haaland get the better of  the Spurs keeper on Thursday.

Continue Reading
You may also like...
Related Topics:featured, Man City vs Tottenham