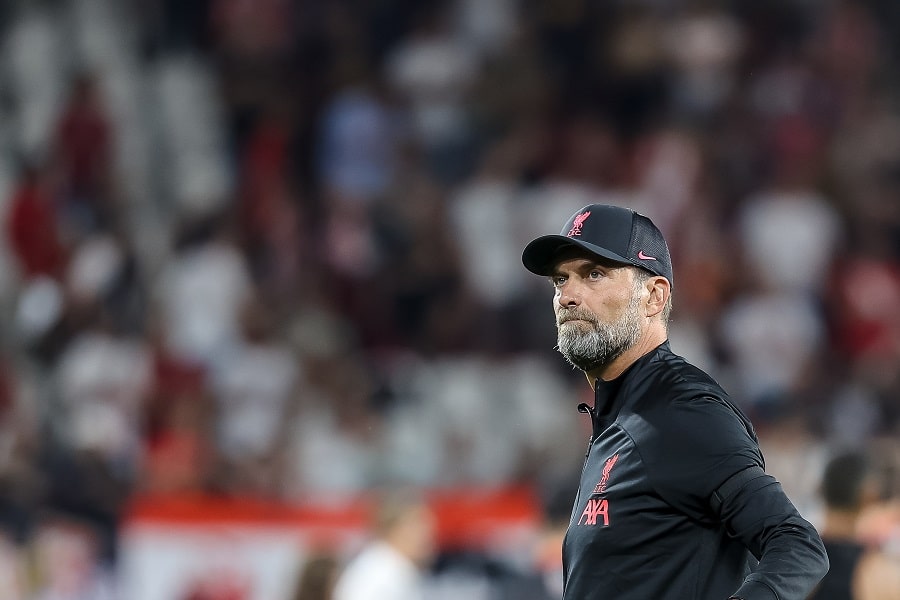 It’s a lunchtime clash of the enfeebled titans, ninth vs tenth in the Prem, twin Ozymandiases slugging it out for the right to be judged the slightly less inept of the two. Look on my works, ye mighty, and despair!

Yes, Liverpool might have claimed the win over Wolves midweek in the Cup, but the Merseyside team have been erratic all season, and still look capable of shipping a few goals.

Though perhaps not to Chelsea, who just about scraped over the line against a struggling Crystal Palace last weekend for their first win of 2023.

With Liverpool no longer certainties to dominate at Anfield – they’ve lost to Leeds and drawn against Palace in this campaign – in another lifetime, Graham Potter might have relished this encounter.

But with the former Brighton man struggling to inspire the Blues, pinpointing reasons to back the visitors is tricky.

When in doubt, do Darwin. Nunez has endured plenty of criticism for his perceived inability to hit the target, but in his last seven home games in all comps the Liverpool striker has scored five goals. It’s hardly a terrible return; Nunez is expected to be fit to play on Saturday, and is 31/20 to find the net.

The Cherries aren’t too merry at the moment; it’s eight defeats in nine league games for Bournemouth, and Gary O’Neil’s side haven’t even scored a goal in the Prem since before the World Cup.

Forest are in fine fettle by comparison, the Tricky Trees winning back-to-back league games against Southampton and Leicester. Forest lost to Bournemouth 3-2 at the City ground earlier this season, having led 2-0 at the break; this looks a prime opportunity for Steve Cooper to exact revenge. Forest are 9/5 for the win.

The Foxes’ funk continues, Brendan Rodgers’ side losing four on the bounce since Boxing Day. So it’s not a great time to come up against a Brighton team that have scored three or more goals in each of their last three away games.

The Seagulls also trounced Liverpool 3-0 last time out, even without the wantaway Leandro Trossard; the Belgian’s seemingly imminent departure doesn’t seem to have fazed Roberto De Zerbi’s men. Brighton to win at 26/25 seems a solid bet. Over 3.5 goals is a 39/20 shot that’s paid off in six of Brighton’s last eight league games, too.

The Saints should have a renewed sense of confidence against Villa; Southampton host Unai Emery’s side having won three games on the bounce (in all comps) for the first time this season.

But can the home side earn a first league win at St Mary’s since August, when they saw off Chelsea? Actually, Nathan Jones’ team may still struggle to overcome the Villans, who won their last two away games against Brighton and Tottenham.

Emiliano Buendia could be a good prospect to find the net for the visitors; the Argentine has found the net twice in his last three Premier League games, and is 19/5 to score at any time here.

It’s the battle of the basement boys, 18th placed West Ham hosting 19th Everton – with David Moyes’ apparently set for the sack if he loses this one.

If Dave’s feeling the heat, it’s not like Frank Lampard is currently basking in the satisfaction of a job well done, of course. Last week there were ugly scenes as Everton players leaving Goodison in the aftermath of the Southampton defeat had to run the gauntlet of furious supporters.

With both sides in fairly hopeless form of late, it’s tough to fancy either one to blow the bloody doors off here. And with neither team showing a whole lot of poise in front of goal recently, it could pay to bank on a lack of scoring action.

Four of the last five league games between these sides have ended in 1-0 scorelines. Everton have scored one goal a game in the Prem since Boxing Day; the Irons have three goals from four league games over the same period.

There’s a chance this could end in an anticlimactic goalless draw, and you can back that outcome at 17/2; otherwise, you could back under 1.5 goals at 47/20.

Can Palace build on the thin gruel of their draw against Man United earlier this week, to see off a Newcastle side that continue to quietly impress? Admittedly, it’s been very quiet in the last few weeks, with just one goal in the Magpies’ last three matches.

Still, they’re unbeaten in 14 league games, and haven’t conceded a goal since early November in the Prem. As for the Eagles, despite that magnificent free kick to take a share of the points against Man Utd, Paddy Vieira’s team were second best to the visitors for much of the midweek encounter.

Still, Newcastle are without the influential Bruno Guimaraes, out with an ankle injury. Could that absence help Palace to secure at least a point against the Mags? It’s a real possibility, and Palace are 19/20 in the Double Chance Palace or Draw market.

Continue Reading
You may also like...
Related Topics:featured, Liverpool vs Chelsea