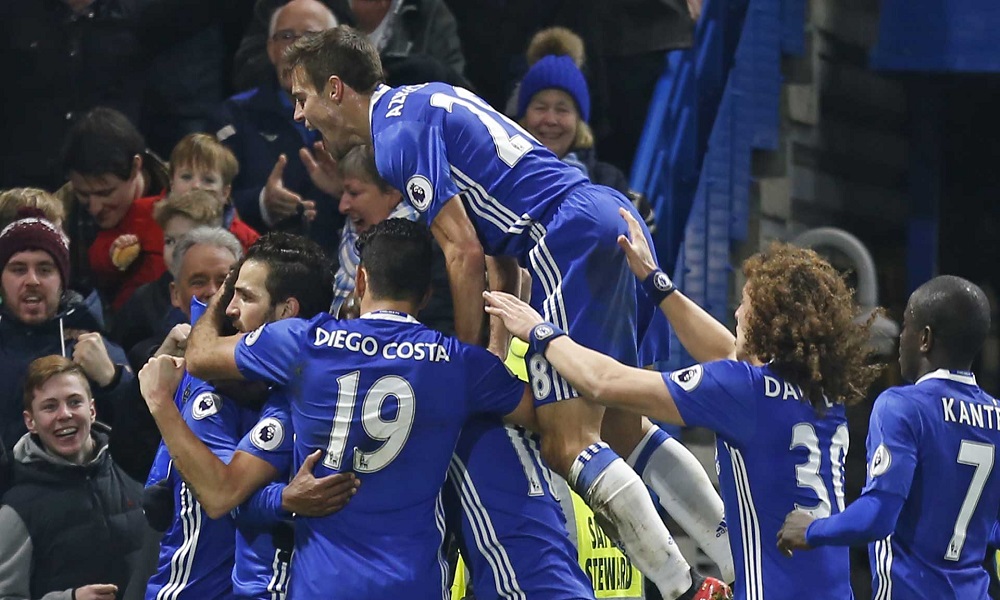 For all our Premier League betting odds, see here.

Spurs scored three goals in the dying minutes of their away trip to Swansea on Wednesday, and are motoring along in second place despite the prolonged absence of Harry Kane (er, who could apparently return for this game, according to Mauricio Pochettino). With five league wins on the bounce, it’s difficult to see Spurs dropping a bollock against the Hornets, even if Walter Mazzarri’s side have won their last two.

In Tottenham’s last four home games, they’ve won the first half and the match too. Back the home team to win both halves at 7/4 in our Match Events section.

With just one win in their last six matches, City will be happy to take on a soft touch on Saturday.  Step forward Hull, who have certainly rallied under new boss Marco Silva – but remain fairly hapless on the road, winning just once in the Prem this season.

Their last two away trips have seen them done 4-0 by Everton and 3-1 by Leicester. After a frustrating few weeks, City might atone for recent failings with a strong showing here. Back the home team to win without conceding a goal at 51/50 in the Match Events section.

It’s can’t-win-on-the-road against can’t-win-anywhere with this match – but with Burnley scoring against Hull, Swansea and Liverpool on their travels since late February, perhaps the Clarets can finally notch up their first win of the season away from Turf Moor – the Smoggies have lost five of their last six in all competitions.

Mark Hughes’ side head into this game on the back of three straight losses – and they’ve managed just one goal in their last four matches. Liverpool are famously flaky but are unbeaten in their last five, while Stoke have lost six of their last seven Premier League games to the Reds.

Jurgen Klopp said he was ‘ready to vomit’ after conceding a second goal against Bournemouth on Wednesday – surely the Potters won’t be able to make him sick as a parrot too? Back Liverpool to win at 22/25.

The Saints have enjoyed a couple of entertaining away victories this year, doling out a 4-0 drubbing to Sunderland and seeing off Watford 3-4 last month. The Baggies have managed just one win in their last five – but that came against Arsenal. Still, Pulis often seems capable of annoying Arsene Wenger; his players may struggle to muster the required motivation to see off Southampton. I’ll take the visitors to win this one at 29/20.

Five straight defeats for the Hammers – but Swansea have looked pretty short on oomph in recent games too. This one could end in deadlock – and the draw is a 51/20 shot.

Expecting Bournemouth to get something against the league leaders sounds like madness, and Chelsea could turn on the style against Eddie Howe’s side to remove any last lingering doubt that the West London club could still be caught. That said, Chelsea haven’t kept a clean sheet in the league in eight games. Back the Away team and both teams to score at 41/20 in our match events section.

Man Utd have a pretty rubbish recent record at the Stadium of Light, the Black Cats winning last season and holding United to a draw in the campaign before that. And United’s current unbeaten record in the Prem is running out of steam a bit, with a spirit-crushing draw against the Baggies, and a last gasp penalty sparing the side’s blushes against Everton midweek.

Yet even a misfiring United must surely have enough to beat a Sunderland side that haven’t scored a single goal in their last six league games. Don’t expect a goal-fest thought; five of United’s last six games in all competitions have featured fewer than three goals, while Sunderland’s last five have all featured fewer than three goals. Back under 2.5 in the Total Goals market at 21/20.

Leicester have won their last six games, a perfect record under new boss Craig Shakespeare. Only one of them came on the road, but Everton have already lost at Goodison Park once to the Foxes this season, going down 2-1 in an FA Cup tie in January.

This Everton side might be capable of beating good teams, but they’re far more erratic than their revitalised opposition. Jamie Vardy’s scored in his last three games for Leicester, and could be worth backing to score at any time at 49/20.