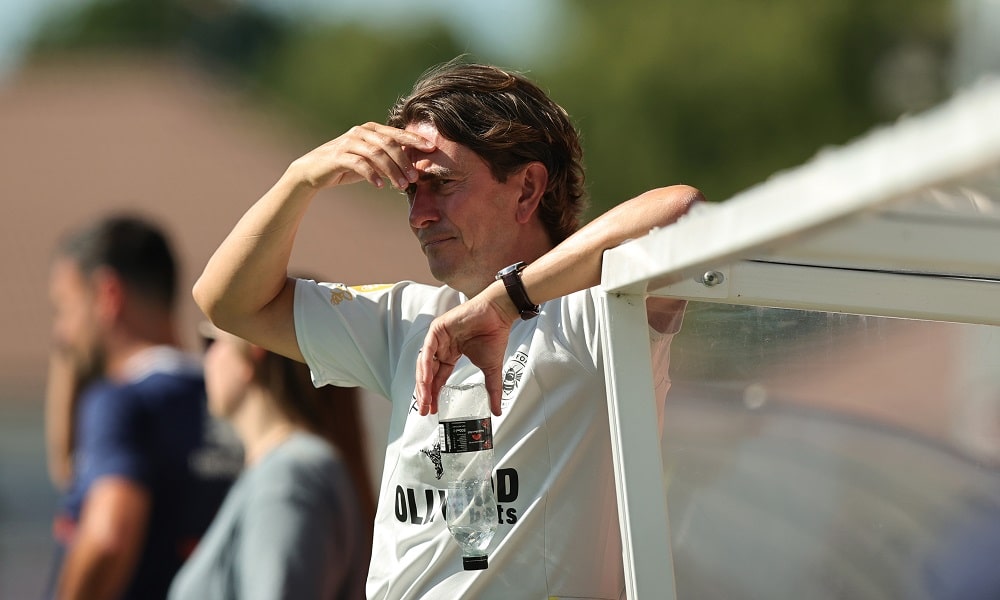 This lunchtime encounter is fizzing with narrative value, Steven Gerrard and Frank Lampard vying to prove who’s best like it’s 2006 all over again.

But “best” is a relative term here, since neither Villa nor Everton seem to be much cop right now. Villa were outshone by Bournemouth on the first day of the season.

Meanwhile, with Everton having sold Richarlison, Dominic Calvert-Lewin seems to be the only other Toffee with a nominal idea of where the goal is situated – and he’s knacked.

Everton should be there for the taking, except it’s just two wins in 12 league games for the Villans now. Gerrard’s side haven’t won at home in their last three attempts. This could end up with both teams having to settle for a point. The draw is a 27/10 shot.

The Gunners have won four of their last five meetings with Leicester in all comps. Can Mikel Arteta’s team continue to get the better of the less-than-fantastic Foxes this weekend?

Brendan Rodgers’ side looked to be in control against Brentford last time out, before conceding two second half goals to carelessly lose two points. Meanwhile, Arsenal enjoyed a winning start against Palace, and the north London side looked intermittently impressive.

Arteta might drop the odd clanger, but he does at least seem to have cultivated a positive vibe at Arsenal. For Brendan Rodgers, the ambience seems a little less upbeat. This could be another happy result for the home side.

Gabriel Jesus couldn’t score his debut league goal for the Gunners last week, but perhaps he’ll be able to delight the home fans on Saturday. Arsenal to win and Jesus to score is 17/10 in our pre-pack bet section.

Are Newcastle a better drilled side than Man United? Almost certainly – so does that mean they can come to the Amex and get something?

It’s an interesting one, with Brighton occasionally getting caught out unexpectedly on home turf. Burnley and Villa beat the Seagulls in successive weeks earlier this year, after all.

The Magpies are likely to adopt a cagey approach, and Brighton have a tendency to rack up plenty of draws; this could be another deadlock. The draw is 23/10.

City have won all 10 Premier League games they’ve played against Bournemouth. It’s fair to say Scott Parker’s got his work cut out for him on Saturday.

For the record, the Cherries are 35/1 to claim victory; even just nabbing a draw is a 12/1 shot. The odds suggest this will be as one-sided a game as you could imagine.

Betting on the hosts is not practical, then. But six of City’s last seven home games in the Prem have seen at least four goals scored, so backing over 3.5 goals in the Total Goals market at 19/5 could be the way to go here. For a better price, back Man City (rather than both teams’ Total Goals) to score over 3.5 at 27/20.

Otherwise, Erling Haaland scored a brace in his debut Premier League game and looks ready to rack up a hatful in this campaign.

It took Southampton eight games before they earned their first league win last season. They were off to a tough start against Tottenham last week too, losing 4-1 despite taking the early lead – so can Hasenhuttl’s side restore a bit of positivity with a win against Leeds?

The Yorkshire side opened their campaign with a win over Wolves, and could well find the net against a Saints side that have conceded in all but one of their last 12 league games.

Southampton haven’t scored more than a single goal in each of their last six home games either. The Leeds win at 43/20 is worth a punt. And if you really want to push the boat out, you could consider backing Leeds to win after being a goal behind.

Already in 2022, Southampton have taken the lead at St Marys before losing to Liverpool and Spurs – fair enough – but also Crystal Palace and Newcastle. You can back Leeds to land a comeback victory at 12/1.

Fulham were impressive as they earned a draw against Liverpool a week ago. The Cottagers may ultimately struggle to steer clear of relegation this season, but for now there’s plenty of good feeling around Marco Silva’s team.

And against a Wolves side with one win in their last ten league matches, the west London side could enjoy another good result. Fulham are 9/4 to nab the win; Aleksandar Mitrovic is 31/20 to score at any time.

The Serbian’s excellent Championship form continued last week, with two goals against Jurgen Klopp’s team. Mitrovic may be worth chancing to find the net at Molineux, too.

Can Man Utd demonstrate a suitable reaction to last week’s dispiriting loss to Brighton? Erik ten Hag’s side didn’t appear to offer much different from the United that underwhelmed for much of the last season.

And if we’re looking to the previous campaign for pointers, it’s worth bearing in mind that United have lost each of their last six away games. Brentford had their own issues for much of the last season too, but they were unbeaten in four of their last five home games. And the Bees are a tempting 14/5 to win…