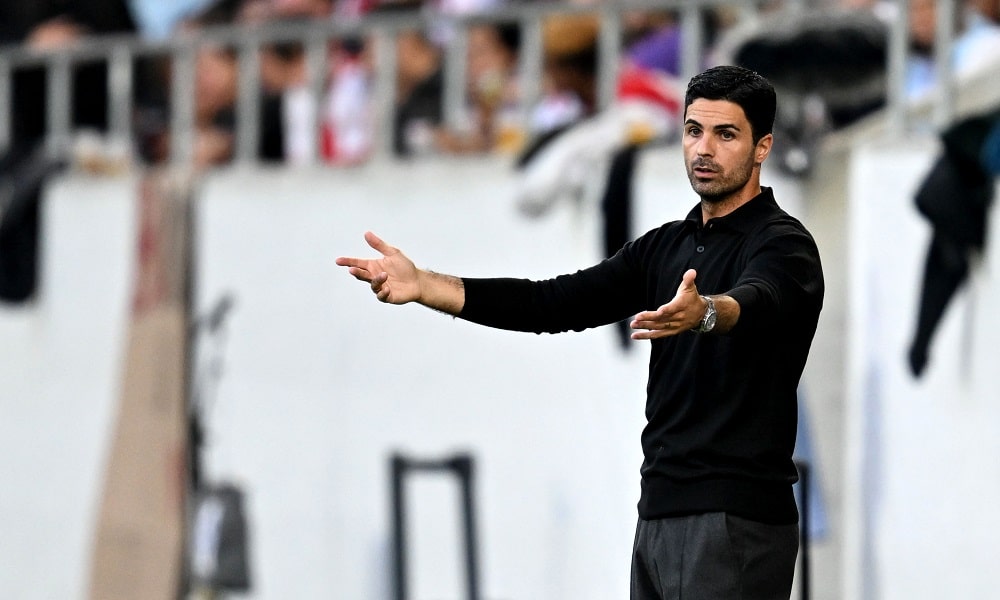 Mikel Arteta has just been named Premier League Manager of the Month for August. But can the Arsenal boss return to winning ways in the Prem, having come unstuck against Man Utd earlier this month?

The Bees have lost just once in this new campaign, and have enjoyed eye-catching home wins against Utd and Leeds. But are they canny enough to cope with the league leaders? Well, confidence should be reasonably high for the hosts – particularly Ivan Toney, selected in the latest England squad.

Brentford enjoyed a memorable opening day win over Arsenal last season as well. But the Gunners have unquestionably improved since then. And even in the defeat to Man Utd last time out, Arsenal played well for long stretches.

A Gunners victory seems likely, but that’s not to say the hosts will roll over. The Bees have scored in each of their last 10 games in all competitions, and Arsenal have conceded in five of their last six matches in all comps too.

Arsenal to win and BTTS is available at 12/5.

Everton have drawn their last four games, and West Ham would probably settle for a point, having lost four of their opening league games to date.

The stalemate is available at 9/4. Perhaps banking on a lack of goals might be worth a look, too.

It’s not exactly a recipe for thrills, admittedly. And if my somewhat pessimistic outlook is duly rewarded with a goal frenzy that makes Boxing Day 1963 look like a vintage slice of catenaccio, apologies in advance…