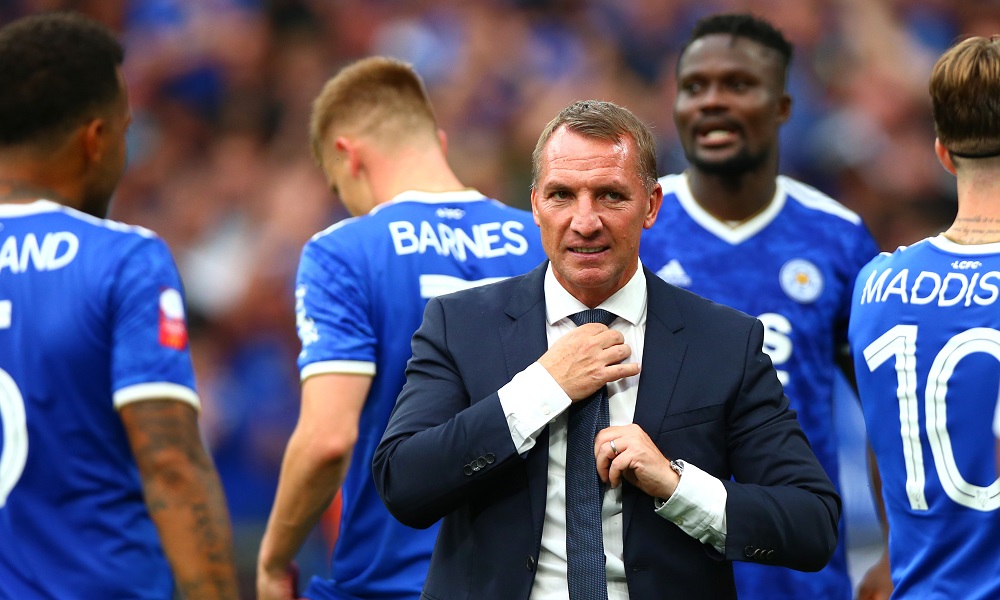 With the international break over, Invincibles-era Arsenal icon Patrick Vieira is looking to earn his first win for Palace against the Prem’s current leaders in Saturday’s lunchtime kick-off.

Are the Eagles capable of stopping Tottenham? They’ve drawn two of their three league games since the start of the season, scoring twice away against West Ham before the break.

So far, Vieira’s reign has not been the calamity that some were expecting. The 21-year-old Conor Gallagher has definitely been a plus; on loan from Chelsea, the midfielder scored twice against the Irons, and Gallagher is 13/1 to grab the opener here!

Spurs have won each of their league games 1-0, new boss Nuno perhaps hoping to start off a trend of “one nil to the Tottenham” chants in ironic tribute to north London rivals Arsenal.

Based on Palace’s performances so far, another draw might be a decent possibility however – that result is available at 5/2, while if you want to back the correct score you can get 27/5 on 1-1.

With Mikel Arteta the hot favourite at 11/25 to be the next Premier League manager to leave, this is a must-win for the Gunners coach.

Arsenal are just 1/2 to win, which is not an enticing price – that said, it would be pretty stunning if the hosts fail to put the kibosh on the Canaries, who are 11/2 to take an unlikely victory.

Aubameyang will be a popular pick for first goalscorer; the Arsenal striker has scored four goals in two league matches against Norwich, and is 18/5 to open the scoring here.

Thomas Frank’s side haven’t won since that opening day victory over Arsenal. Brighton were beaten by Everton last time out, but have started the season with wins against Burnley and Watford – can they get the better of the Bees this week?

Last time these sides met it was a lively affair; that was during a Championship game back in 2017 that ended 3-3, with stoppage time goals from each team amping up the climax. Will this one offer a similar spectacle?

The Seagulls are 9/5 to take the win and may be worth backing, given their decent start to the campaign; Graham Potter’s much-praised approach has even started yielding goals, with Neal Maupay scoring twice already. The Frenchman is 43/20 to score at any time here.

The Foxes smashed Man City 5-2 at the Etihad last season, and also beat the reigning Premier League champions in the Community Shield last month. Can Brendan Rodgers mastermind another victory over Pep Guardiola, then?

Man City have won each of their last two home matches 5-0, but earning a win at the King Power is unlikely to be quite so straightforward.

Unless there’s a late development, City will also be without goalkeeper Ederson and striker Gabriel Jesus, too, with the pair banned from playing after their home nation Brazil triggered a Fifa rule to stop the pair from appearing.

It’s basically a tit-for-tat move from Brazil, a reaction to City (among other Premier League clubs) preventing their Brazilian players from appearing for their nation during the recent international break; if they had done so, they’d have been required to go into isolation on their return to the UK, thus missing league games.

It’s a blow for City, and while Pep may have the squad to shrug off the loss of Jesus, Ederson’s absence is more concerning. Under the circumstances, gambling on a home win seems a reasonable option – Leicester are 24/5 to win this one, which seems pretty tempting to me.

Cristiano Ronaldo’s second stint with Manchester United begins in earnest on Saturday, as Ole Gunnar Solskjaer’s side take on a Newcastle side still seeking their first win of the campaign.

Steve Bruce’s side are 14/1 to confound conventional wisdom and take all three points, while the hosts are, um, 1/5 to win.

Ronaldo hasn’t played for Portugal since scoring two late goals against Ireland last week, so the 36-year-old should be plenty fresh for this one.

The prodigal son is 21/10 to find the opener, and just 21/50 to score at any time, and for all the doubts about his diminishing powers, Ronaldo remains a goal machine, notching up 29 league goals in 31 appearances for Juventus last season.

If you think the five-time Ballon d’Or winner is set to be upstaged for his homecoming, Mason Greenwood has scored in each of the three league games United have played thus far; the 19-year-old is 9/2 to find the opener, 6/5 to score at any time, assuming Ole can find a place for him in that crowded attack…

Saints are another team still waiting to land their first win of the new campaign; in fairness, they’ve scored in each of their three outings so far, and might have even won against Man United – in the end they had to settle for a draw.

The Irons are unbeaten so far and have scored eight goals in three games, while two of Southampton’s league matches have also featured four goals this season. Over 3.5 goals is a 7/4 shot; West Ham’s Michail Antonio is hard to ignore too, having scored four goals in three league games. Antonio is 7/5 to find the back of the net here.

Wolves weren’t great under Nuno last season, but new man Bruno Lage has lost all three of his Premier League outings 1-0 so far, and supporters will be keen to see a different outcome on Saturday. So – 2-0 to Watford?

Perhaps not. The Hornets started in exceedingly positive fashion with a 3-2 win over Villa, but followed that up with defeats to Brighton and Tottenham.

With Wolves failing to score a goal yet in the Prem, Raul Jimenez would seem the likeliest man to end that barren run – but the striker may be prevented from appearing for his club, following Wolves’ refusal to let him play for Mexico during the international break.

With neither side looking hugely convincing, maybe the draw at 11/5 is worth considering here.

Last time Chelsea players came back from an international break, they found themselves done at Stamford Bridge by Sam Allardyce’s West Brom.

That was a rare misstep under Thomas Tuchel – so under similar circumstances, will another match against Midlands opposition leave the German coach’s weltanschauung shattered in Saturday’s teatime kick-off?

I’d love to say yes, but Tuchel surely won’t get caught out in similar fashion twice – while star striker Romelu Lukaku has continued to keep his eye in during the international break, scoring twice against Estonia and also finding the net against the Czech Republic.

Lukuku has also scored against Villa in each of his last five league appearances against the club. One thing the Belgian hasn’t done yet is score at Stamford Bridge – but there has to be a good chance that changes on Saturday.

Lukaku to score anytime and Chelsea to win is available at 17/20 in the Wincast market.

Leeds faced down Liverpool at Elland Road last season to earn a point, and the side are unbeaten in the Prem at home since February.

The visitors are likely to be without goalkeeper Alisson as well as Fabinho and Roberto Firmino if Fifa’s ruling is carried out – a retaliatory measure, invoked because the three players were prevented for appearing for Brazil during the international break. Under the same ruling, Leeds would be without Raphinha, too.

Liverpool have started the season well and the image of Leeds as an attack-focused side vulnerable to counter attacks might suggest this could be a fairly straightforward assignment for the visitors.

In fact, Leeds have taken points off Man City, Chelsea, Leicester, Liverpool, Man United and Tottenham since January, and may at least be able to frustrate Jurgen Klopp’s side again here. Leeds or the draw in the Double Chance market is a 27/25 shot.