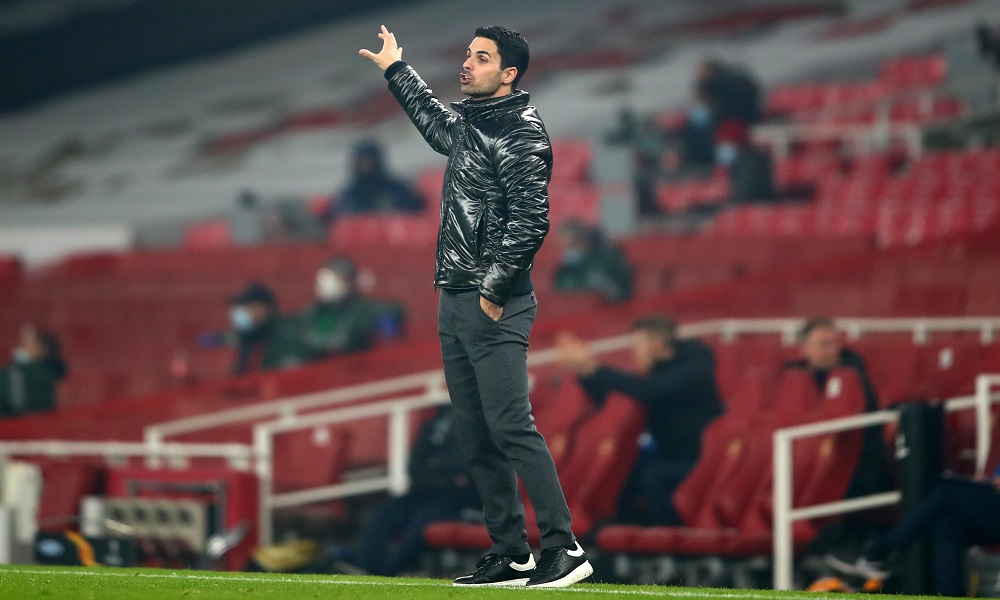 Premier League Sunday preview: all games including Arsenal vs Leeds

The Saints are on a five-game losing streak in the league, which includes that infamous 9-0 Man United whuppin’, as well as a 3-2 defeat to Newcastle last weekend. That was despite the Magpies playing with 10 men for most of the second half, too.

Now Southampton must rouse themselves to take on a Wolves side they’ve already bested once this week, in the FA Cup on Thursday.

And if Ralph Hasenhuttl’s boys are to relocate the form that saw them top the Premier League back in November, maybe Wolves are ideal opposition. The Midlands side have been struggling themselves, with one league win in their last 10 matches.

Oddly, Wolves burst into life with a couple of goals against stuttering Arsenal at the start of the month; but that league win aside, Nuno’s team have failed to score in three of their last four league matches. They were toothless against Southampton on Thursday too, with one shot on target all game.

Even with Southampton’s worrisome outings of late, at least the home side are showing a bit of intent – and, crucially, finding the net. I reckon Ralphie can get a result here, so I’ll back Southampton to win at 7/5.

The faint possibility that Manchester United might actually have been contenders to win the Premier League seems to have unnerved Ole Gunnar Solskjaer’s team, who surrendered two points at the death against Everton last week.

United have also recently been held to a goalless draw by an Arsenal team that are hardly pulling up trees – and the Red Devils were even beaten at Old Trafford by Sheffield United last month.

It must be disappointing from a United follower’s perspective; with wins against Sheffield United and Everton, both of which seemed eminently achievable, the red half of Manchester would have been level on points with leaders City. As it is, United are five points off the pace set by their neighbours, and 16/1 shots to win the Prem.

Still, United must surely take all three points against the bog-standard Baggies on Sunday; Sam Allardyce’s status as the Lord Flashheart of pragmatism, laughing contemptuously in the face of relegation, seems no more. West Brom have won just a single game since Sam took the reins.

Since his debut game in charge when they held a lacklustre Liverpool to a 1-1 draw, West Brom have conceded at least two goals in every single game they’ve played; they’ve lost six of their nine league games under sorry Sam. The Baggies look bereft, and Man United should relish the chance to play this side.

In the 11 away league games United have played this season, four or more goals have been scored in seven of those matches. Playing at home under Sam, the Baggies have conceded four or more against Leeds, Man City and Arsenal since late December.

So, in the 32Red bet builder section, I’ll take a punt on United to win and over 3.5 goals in the total goals market for a combined 7/4.

Leeds have won three of their last four matches. In contrast, Arsenal are winless in their last three, losing against both Villa and Wolves last week. True, those defeats came on the road, but Arsenal have also lost to Burnley, Wolves and Villa at the Emirates this season.

Leeds may have their erratic moments, but the club seem to be in reasonable form right now and have been better on the road than at home, with six away league wins so far in this campaign. It could be worth taking a shot on the visitors here; Marcelo Bielsa’s side are 3/1 to take victory against the Gunners.

A midweek thriller against Tottenham in the FA Cup saw the Toffees secure their place in the quarter-finals. But after that 5-4 extra time win, will Carlo Ancelotti’s side still have enough in the tank to beat a Fulham team seemingly sleepwalking to relegation?

The Cottagers’ last win came in November, and while they’ve made a habit of racking up draws since then, they’ve scored just six goals in their last 12 league games.

Scott Parker’s side have failed to find the net in three of their last four league matches, while the Toffees have been on a bit of a tear, scoring three goals in their last league game against Man United to salvage a point alongside that five-goal performance against Spurs midweek in the Cup.

This match may struggle to offer anything as entertaining as the scenes we saw at Goodison on Wednesday, but surely Fulham’s soporific approach – which produced a grand total of three shots on target in their last two league games – will result in a home win here.

Everton have a reputation to maintain, too; the Toffees have won each of their 14 home games against Fulham, which is “the best 100 per cent winning record of any team versus an opponent on home soil in the competition’s history” – thanks, official Premier League site.

Everton are 10/11 to win the match and maintain that glorious record; alternatively, Fulham’s issues finding the net suggest it might be worth backing Everton to win to nil at 43/20.