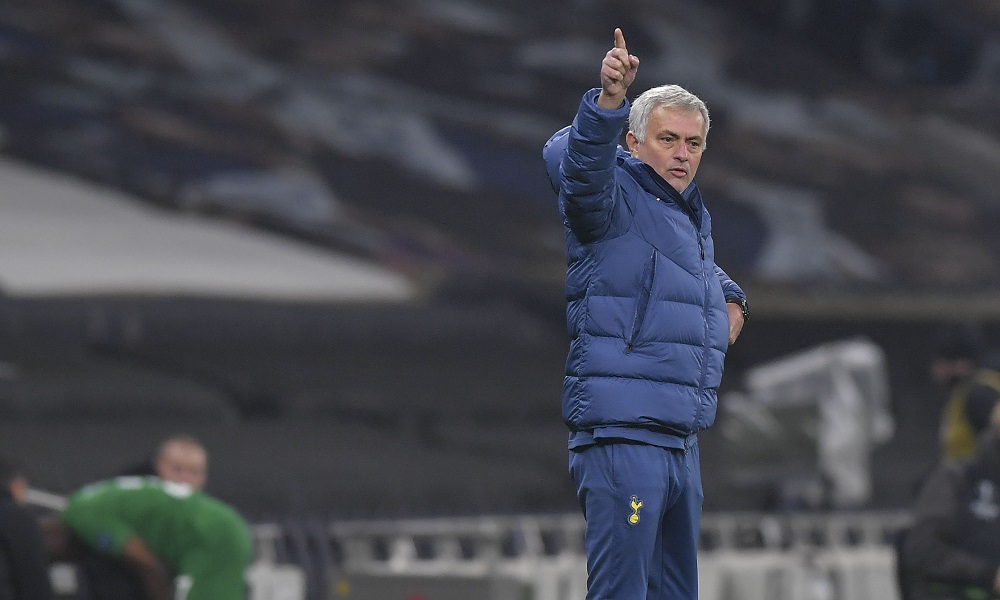 After enduring their annual 5-0 drubbing from Man City last week, is there any cause for optimism for Burnley as they prepare to host Everton?

Well, it’s a pretty shocking four defeats in five games for the Toffees, who looked so sharp at the start of the season. In fact, the only points Carlo Ancelotti has picked up recently have come on the road against a struggling Fulham side – and even then the Cottagers could have grabbed a point.

These two sides are very much in the doldrums at the moment then – but based on the talent at their disposal, it’s Everton who are likeliest to rally. A win here and for all their recent woes, the Merseyside team can move to within two points of leaders Spurs (and city rivals Liverpool).

Confidence may be so low at Turf Moor that Dyche would be happy with a draw here – but it was only a couple of years ago that Everton won 5-1 in this fixture. With the Toffees scoring one or fewer goals in four of their last five fixtures, it might be fanciful to expect a similarly dramatic scoreline on Saturday, but Everton should be able to win.

They did at least fashion some opportunities against Leeds last week, even if they couldn’t make them count. It’s doubtful that Burnley will prove as difficult to beat – or as entertaining as Marcelo Bielsa’s side were a week ago.

Back Everton to win at 23/25. Calvert-Lewin scored twice against Fulham, and is the obvious candidate to find the net for the visitors this week – back the Premier League’s current leading scorer to score at any time at 11/10.

It’s been a frustrating start to the season for Man City, but their spanking of Burnley might have acted as a reset for the current campaign.

City were unable to make their dominance count in Europe this week, ending with a 0-0 draw against Porto despite showing almost all the attacking intent. Still, the result was enough to see the side win their Champions League group, so Pep should be happy enough.

Chances are he’ll be smiling again after this match too, even if the Cottagers proved they were unwilling to play the role of whipping boys with a 2-1 win over Leicester at the King Power last weekend.

Even after outfoxing the Foxes, Scott Parker is unlikely to manage a similar feat against a City side that may have rediscovered their gift for scoring goals (in the Prem, anyway). Alas, the odds compilers have also come to this conclusion, with a City win priced at just 1/10, and over 2.5 goals a 2/7 shot. Ho hum. You could try backing City to win to nil at 8/11 (find the bet in our match events section) – seven of the last nine games between these two sides have seen Fulham fail to score.

With Man United on an eight-game winning streak on the road and West Ham unbeaten at home in their last four, something has to give here. David Moyes’ side have won their last three matches, getting the better of Aston Villa most recently, and the Irons are unlikely to lay down for United on Saturday.

At this point it’s difficult not to think of a seemingly long dead storyline, too – after all, once upon a time David Moyes was the chosen one. Moyes’ stint in Manchester was not a success, but he’d surely enjoy the chance to get one over on his old employers this week.

A Moyes team hasn’t beaten United since the Scot made his enforced exit from the Manchester side; could that day finally be coming?

West Ham are well organised, and despite United’s fine away record, the visitors are capable of being got at – United conceded twice against the Saints after half an hour last week, even if they did go on to win.

With West Ham in the best shape they’ve been in for years, and United capable of a rick (or a Fred), the Double Chance West Ham or Draw at 4/5 might be worth a look, then. If you want to go bigger than that, you can back West Ham to win at 27/10.

Chelsea are a footballing powerhouse at the moment, shaking off that slight disappointment of a draw against Tottenham with a 4-0 spanking of Sevilla in the Champions League earlier this week.

Leeds’ attacking, attractive gameplan might be tweaked by Marcelo Bielsa, but the Argentine coach rarely sacrifices attack for defence. In other words, this game could be stacked with goals.

Chelsea are undefeated since Liverpool turned them over in September and game as Leeds are, they will surely struggle to get the better of this high-flying side – you can bet we’ll have fun watching them try, however.

A Chelsea win is available at 8/15, but you might get more joy backing over 3.5 goals at 27/20 – and if you really feel like going for it, perhaps Chelsea to score over 3.5 goals at 22/5 (in the full time section) is worth contemplating.

Four times already this season, Leeds have conceded four goals in a single Premier League game; meanwhile, since the start of October there have been four occasions when Chelsea have scored four or more goals.

Both these sides have drawn blanks in three of their last four matches, and Roy Hodgson getting nowt from both Burnley and Newcastle is unlikely to make him rethink his “safety first” philosophy.

The wait for a Sheffield United win continues, but the Foxes have lost their last two league games, against Liverpool and Fulham. Is there a glimmer of hope here for Chris Wilder’s team?

The two sides have rarely met in the last decade, but Leicester are unbeaten in every meeting since 2009, winning six of those eight encounters. It’s not a history lesson that will give Blades fans much cheer, but current events are even more alarming; United haven’t kept a clean sheet in a single Premier League game yet, and have scored just four times in 10 games.

Even if Leicester have had a tricky few weeks themselves, it’s difficult to see the hosts taking advantage of any perceived vulnerability. More likely, Brendan Rodgers will see this as an ideal opportunity to get back on track.

Based on the evidence of the last month of play, there is little reason to believe that Arsenal can get anything from this game. Aubameyang’s struggle to find the net continues, while the Gunners have won one league game in their last six attempts, and scored just two goals in that run.

Mikel Arteta is also being unfavourably compared to Unai Emery, who lasted just 18 months with Arsenal. Arteta has coached the club for almost a year already – and while FA Cup success last season was encouraging, things have hit a hell of a lull since then.

As for Spurs, Jose Mourinho may have been dismissed as yesterday’s man in some quarters, but Tottenham’s underdog status seems to have brought Mourinho’s own scrappy qualities to the fore.

The Portuguese coach is unbeaten in the league since match day one, and Tottenham must be full of confidence for this north London derby.

Throw in the stat that Spurs haven’t been beaten on home turf by the Gunners in the last five meetings, and everything points to a victory for the hosts. Tottenham are available to back at 19/20 for the win.

Harry Kane has scored in four of Spurs’ last five home wins over Arsenal, too; Kane is 7/2 to open the scoring on Sunday – assuming he’s fit. He misses the Europa League game on Thursday, but has a “good chance” to be ready for Sunday’s match, according to Mou. Surely that guy would never steer you wrong?

Liverpool keep picking up the injuries, Klopp keeps getting more irked – yet despite their woes, the Merseyside team are still winning when it counts, still retaining that incredible run of league wins at Anfield that dates back to 2017.

Nuno Espirito Santo is a fine coach whose team play an effective brand of football. But Wolves have their limitations, losing all four league games they’ve played against Liverpool since they returned to the Premier League in 2018.

Joel Matip returned for Liverpool in the Champions League mid-week, and gives Klopp an extra option in a defence that’s been hit by injuries – most recently, goalkeeper Alisson, who will “probably” miss Sunday’s game with a hamstring injury.

But even allowing for a number of on-going, big name absences, Liverpool continue to rack up the results – even with the draw to Brighton a week ago, the side currently sit second in the league with only Spurs ahead of them (on goal difference).

Liverpool are 13/25 to win, but perhaps backing former Wolves man Diogo Jota to score could be worth considering. The Portuguese has scored in each of his last two Prem appearances, and may impress against his old club. Jota is 11/8 to score at any time on Sunday.