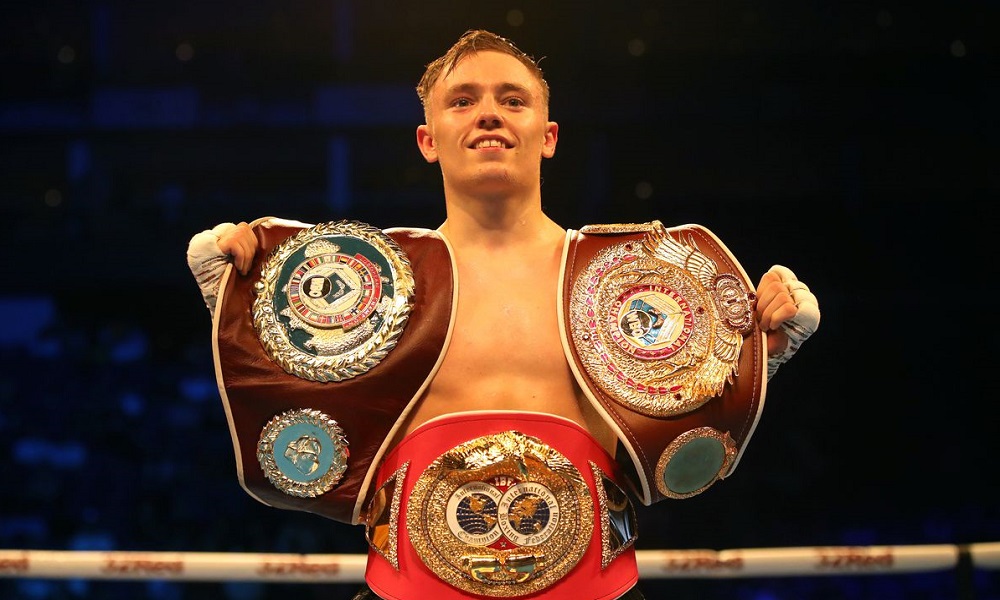 Sunny Edwards exclusive: I was offered easier opponents but turned them down

After turning away the challenges of Junior Granados and Hiram Gallardo in recent months, Sunny Edwards gets another Mexican test on Saturday night when he takes on Rosendo Guarneros (16-2-2, 8KO’s) live on BT Sport. For all the latest fight odds, visit our sportsbook.

“They all sound like they’re related, don’t they?” Edwards (12-0, 4KO’s) told 32Red. “He’s another Mexican fighter. Looking at his record, it seems like a step up. He’s got some good wins, not big name wins but good record wins.”

“I was offered easier opponents but turned them down. I can’t be giving other fighters – Tommy Franks for example – stick for fighting light flyweights and minimumweights and then go do it myself. It doesn’t work like that. Hopefully it’s just another day in the office. We know the Mexican fighters are dangerous and we know I’m going to be in for a hard ten rounds but hopefully it follows the pattern of my last five fights where I just stay a step and one shot ahead throughout the fight.”

Edwards would love to make his name against the best Britain has to offer but it has dawned on him that those fights are going to be difficult to make. His mindset has altered over the past six months. With notable British rivals campaigning in both his usual super flyweight class and also 3lbs down the scale at flyweight, the 23 year old has decided to spend less time chasing potential opponents and has instead set himself up as a visible target.

“We’ve dropped down to flyweight for this fight,” Edwards said. “That’s a challenge in itself. I make super flyweight very easily and [10 days out] my weight is very good already. I’m still trying to keep a bit of size about me because these Mexicans will just bully you if you boil yourself down too much. I’m juggling it a bit but it’s all within my means.

“I want fights that get me excited but the fights that I’m having are probably harder than the British fights I could be having and yet you get half the praise for them. Give me a Ryan Farrag over a Junior Granados or a Hiram Gallardo any day of the week. Which did I get more praise for, though? It’s crazy.”

After a long barren spell, British fighters have made an impact on the lower weight classes in recent years. Edwards’ brother, Charlie, holds the WBC flyweight title and Kal Yafai is the WBA super flyweight champion. Five years ago, a 12-0 flyweight without a high profile Olympic pedigree would have had little to no hope of headlining a televised show but times have changed.

“I’m in a position now where I’m fighting a guy who nobody has ever seen before on a bill packed with good domestic title fights but it’s Sunny Edwards who is headlining at flyweight, live on BT Sport,” Edwards said.

“BT putting me as a headline event just shows what level and direction they think I’m heading in.

“I worked in silence but banged my own drum as much as I could when I was fighting the journeymen and step up opponents. I didn’t box on television until I fought Ryan Farrag. That was 11 months ago. This will be my fifth title fight on TV in those 11 months.

“Every time I’ve boxed I feel like I’ve impressed. I’ve had enough people speaking about me and enough good reviews to show that I’m a boxer that people want to watch. Now, I genuinely believe that it’s because people like what they see in the ring and want to watch me.

“Some people didn’t think I could fight at first and thought that I was just a mouth piece but that’s turned around. I couldn’t have expected this amount of promotional push.

“Some people might say it’s boring – I don’t think it is – but you can’t please everybody. You could invent the cure for cancer tomorrow and some people would moan that you didn’t do it yesterday. I’m in a good place. I can’t complain.

“How can I? I’m busy, I’m getting well paid and as soon as I get out of the ring they’re offering me more fight dates.”

Just in case Edwards had allowed his mind to wander beyond this weekend and towards the next date, he recently received a timely reminder of just how dangerous Mexican fighters can be. Just two weeks ago, Julio Martinez gave Charlie Edwards all he could handle and more before deciding to undo all his hard work by blatantly hitting Charlie as he knelt on the canvas in the third round.

The WBC’s decision to declare the world title fight as a no contest means that Martinez and the Edwards family seem certain to have their futures intertwined for the foreseeable future and Sunny would be happy to prolong the relationship still further.

“A lot of people will be thinking it’s too soon but do you know how many people have said that, ‘I think Sunny Edwards’ style would have done better with Martinez than Charlie’s.’ Charlie and the rest of the team would probably agree with that.

“I’ve shown it against these Mexicans, especially Junior Granados who is a very good puncher. Martinez is a fight I’d love for the future. I think the story has already built itself. He’s bashed up my brother and my brother got out of it with a no contest and then I go in and put the record straight. That’d be some fight.”