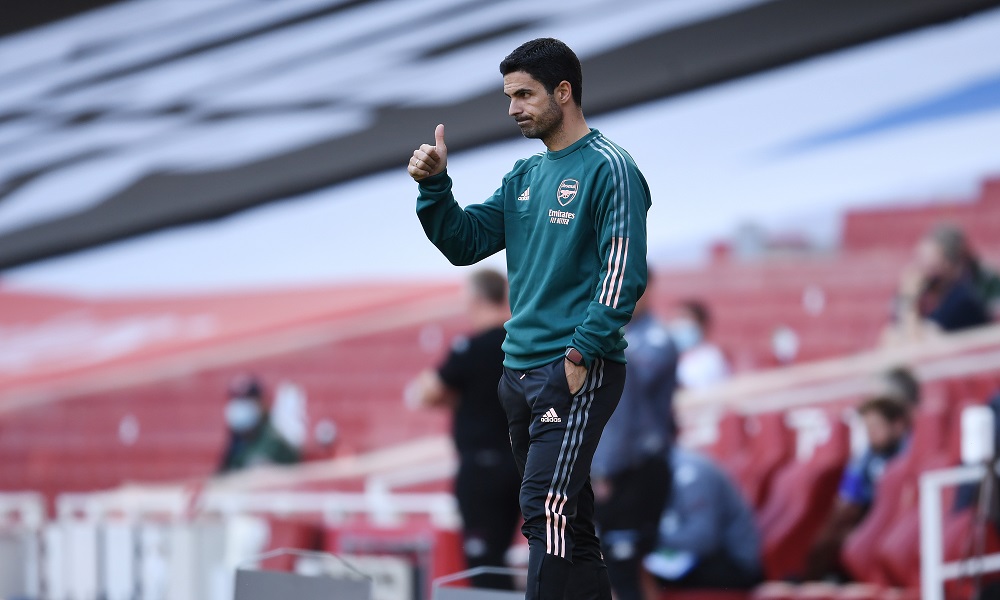 After a 3-0 drubbing at the Emirates by Aston Villa at the weekend, Arsenal boss Mikel Arteta cut a dejected figure. But in this strangest of seasons, was that loss to Dean Smith’s side just another quirky result, soon to be forgotten – or a portent of something more troubling?

The hyper-intense, all-or-nothing demands of elite football management may yet get the better of Arteta, despite his early promise. Back in the summer, Chelsea were clear favourites to win the FA Cup final – yet it was the Spanish manager’s impressive Arsenal side that triumphed.

In Arteta, Arsenal had seemingly hit upon a manager who could make us forget Unai Emery’s unremarkable reign. Here was someone who might just be capable of forging that glorious new post-Wenger era in North London.

There was a trophy – two, if you count the Community Shield win at the start of this season, but more than that, there was a sense that Arteta had learned well from his time as Pep Guardiola’s right-hand man. That the club had chosen wisely in a young manager with a vision.

But fortunes often change quickly in football. Arteta called Sunday’s result his team’s worst performance of his short managerial career – but it was hardly the only setback the side have suffered lately.

In their last six Premier League matches, Arteta has won two – against basement club Sheffield United, and the ever off-kilter Manchester United, who are yet to win a league game at Old Trafford so far this season.

The other four league games have all ended in defeat – admittedly, against the likes of Liverpool, Manchester City and Leicester – and already some kneejerk reactions from the more combustible end of the Arsenal support are suggesting Arteta is not the man to take the club forward.

Is that just the standard overreaction that’s become part and parcel of the modern game? Or is there a real possibility that Mikel’s greatest achievement with Arsenal has already been and gone? 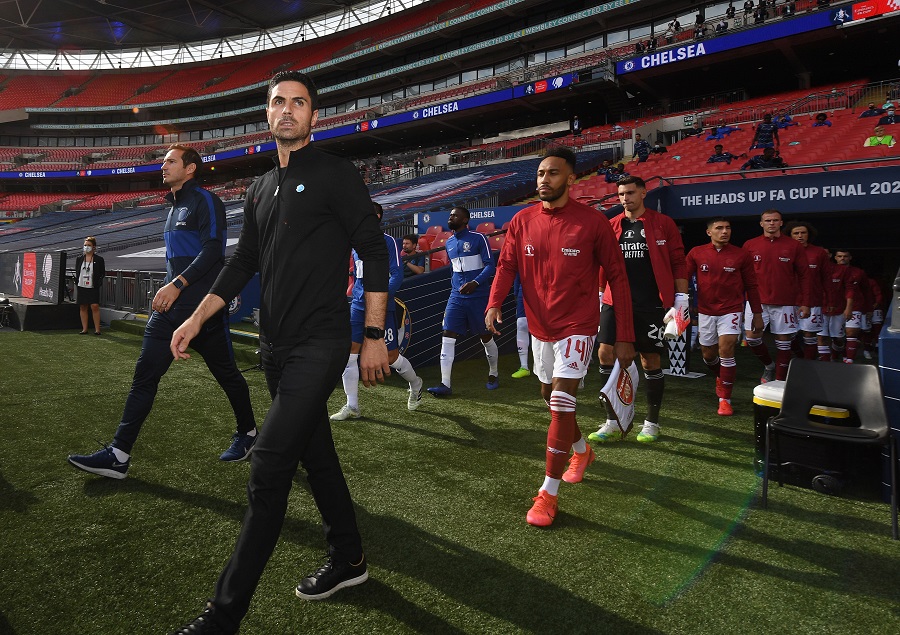 Goals certainly seem to be a problem right now. A new contract for striker Pierre Emerick-Aubameyang should have given the Gunners something to celebrate, but Auba is being played out of his favoured position, and has scored just one league goal – a penalty – since he committed himself to the north London club. The stats show he’s actually creating chances – but it seems that his team-mates just aren’t making the most of those opportunities.

While Arsenal’s finest forward isn’t being given the chance to fire, no-one else is picking up the slack. That Aubameyang penalty is Arsenal’s only goal in their last four league outings. And considering the fact it’s six hours and 26 minutes since Arsenal last scored from open play in the league, the decision to exclude Mesut Ozil from the squad looks ever more baffling, given this Arsenal side’s problems creating chances.

At the other end of the pitch, while the incoming Thomas Partey looks a fine addition to the team (even if he was subpar against Villa before picking up an injury), Arsenal have kept just two clean sheets in their eight league games so far.

Arsenal currently sit 11th in the league, and Arteta could come under real pressure if his side continue to disappoint. After the international break, the side travel to Leeds – a potentially tricky encounter, even if the Yorkshire side have problems of their own right now.

But after that, Wolves and especially Tottenham are next in the fixture list – and it’s no stretch to imagine the delight Jose Mourinho would take from crushing his north London rivals.

It’s not all bad; after all, just over a week ago Arteta was earning plaudits as Arsenal took three points against Manchester United. Overcoming that grim recent precedent of failing to win away against the bigger clubs is obviously a step in the right direction.

But Arsenal have sometimes looked devoid of a spark this season – and in a direct comparison with the man he replaced, at this point (after each man had overseen 28 games) Emery had won more league matches than Arteta, with a 60.7% win percentage vs Arteta’s 46.4%.

The Gunners coach probably has a little breathing space; in the Next Premier League manager to leave market, he is a 40/1 shot, way off the pace when compared to the likes of Slaven Bilic and Ole Gunnar Solskjaer. Still, a few more results like the one against Villa last week, and Arteta’s time in north London could nonetheless come to an abrupt end…