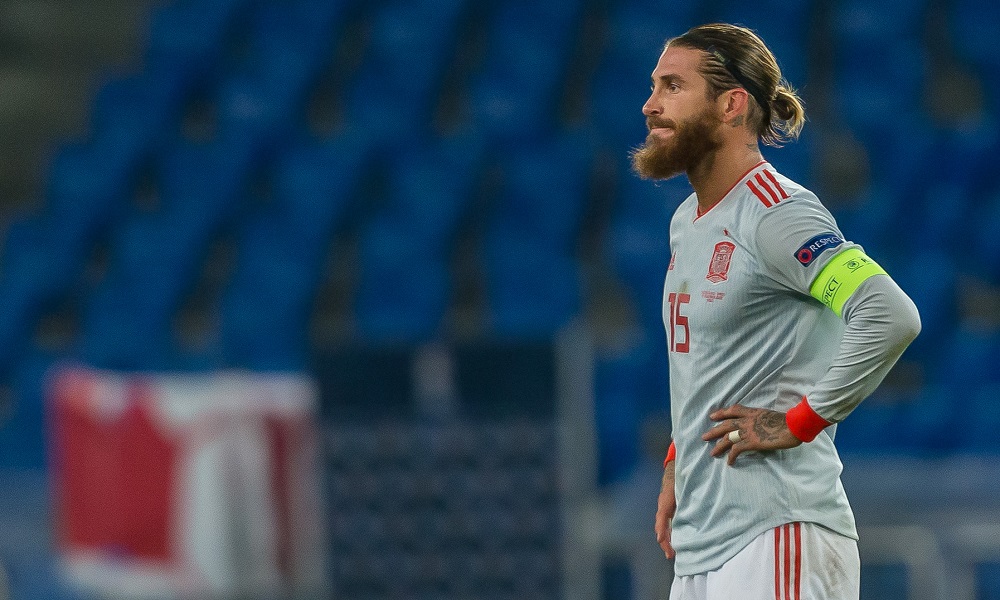 Record-breaking Ramos misses two penalties in one match for Spain

It was a night of mixed emotions for Sergio Ramos on Saturday, as the defender became the most capped European international player of all time – and missed TWO penalty kicks for Spain.

It’s not been a vintage campaign so far for Ramos. After just eight league games played, the Real Madrid captain has seen his club side beaten twice in La Liga already – including a 4-1 defeat to Valencia just before the start of the international break.

If Ramos thought taking a break from Real would afford him a little breathing space, though, guess again. Ramos also captains Spain – and turning out for his national side against Switzerland in the Nations League on Saturday, the 34-year-old failed to convert twice from the penalty spot.

For any player to miss two spot kicks in one game would be noteworthy; that it was Ramos delivering the double blunder is all the more striking, since Ramos’s penalty record is generally excellent.

Over the course of the past two years, Ramos has scored consecutive 25 penalties for club and country, earning a reputation for an unflappable demeanour under pressure.

In Saturday’s game, Ramos became Europe’s most capped international men’s player with his 177th appearance for Spain – one more than Gigi Buffon managed as Italy goalkeeper. But if Ramos had hoped to celebrate that achievement with a similarly accomplished performance on the pitch, instead he was left ruing those penalty misses.

The match ended in a 1-1 draw, with Spain currently lagging a point behind group leaders Germany in the competition – the two sides will meet on Tuesday, with Spain coach Luis Enrique adamant that Ramos remains his first choice penalty taker.

Talking after the game, Enrique said: “Sergio’s numbers for penalties are out of this world. If there had been a third penalty, he would have taken that one as well.”

To see all our latest markets, check out 32Red Sport here. If you’re up for a flutter on table games or the slots, be sure to check out our award-winning casino too!