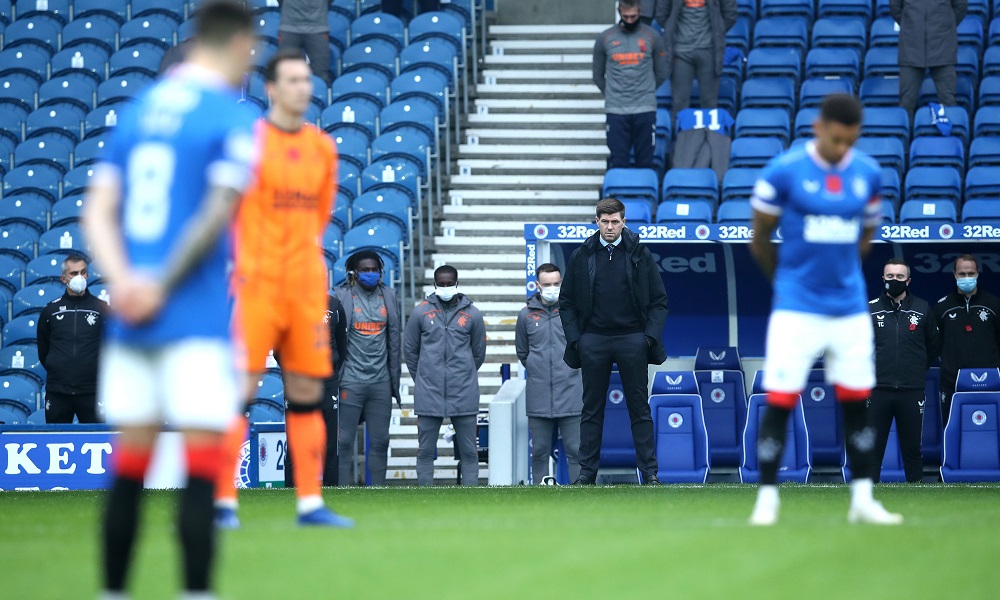 Scott Arfield opened the scoring at Ibrox, with Kemar Roofe, Joe Aribo and James Tavernier each netting braces for the Gers, as Brandon Barker also got on the scoresheet in the 8-nil victory.

It was Gerrard’s biggest win yet with the Glasgow giants, the Gers showing no mercy against a side that sit rock bottom of the league table.

James Tavernier was man of the match, and with eight league goals already scored in this campaign, the right-back has been immense for Rangers this season.

The club captain has also provided nine assists in all competitions; as well as being Rangers top goalscorer, Tavernier is also currently the joint highest scorer in the Premiership.

And while it’s still early days in this campaign, the signs are clearly auspicious for Rangers, who are currently odds-on favourites to win the Premier League this season; Rangers are 1/2 to finish as champions. Latest betting here

Not that Gerrard is getting carried away. After the game, the manager said: “We are not at the stage yet where we can play with ego in any game or at any stage. We are trying to become a winning team, a successful team. We are in no position to disrespect any opponent or any team.”

Be that as it may, Rangers are currently undefeated in all competitions this season, with 54 goals scored and 16 clean sheets from 20 matches.

With Rangers unbeaten so far this campaign in the Europa League, maybe another memorable result could still be on the cards in Europe…