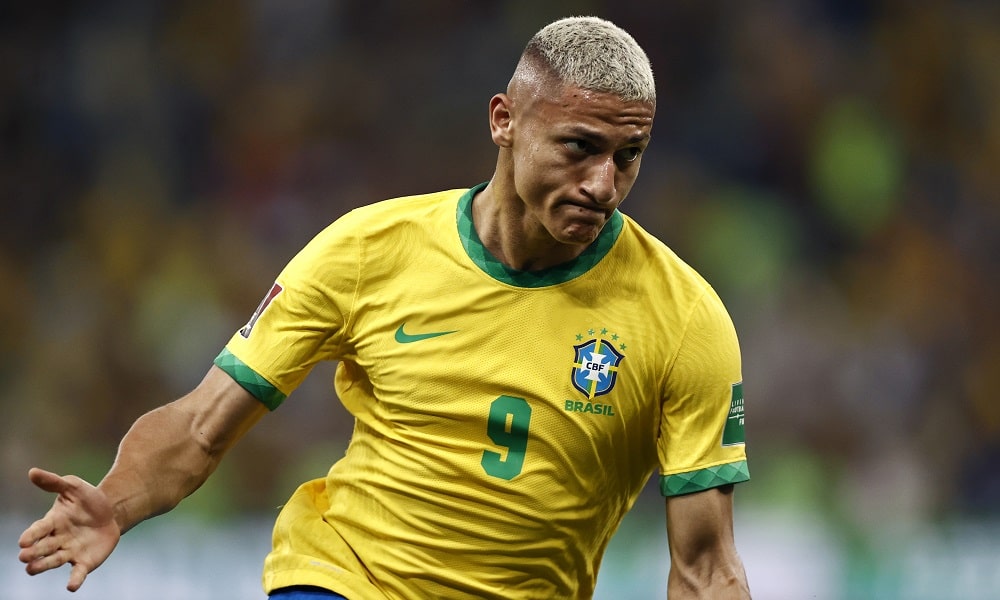 Tottenham have agreed a deal to sign Richarlison for an initial £50m, with a further £10m in add-ons. An official announcement is expected once the Brazilian passes his medical.

Richarlison leaves Everton after four years with the Merseyside club. The 25-year-old’s desire to play Champions League football was apparently enough to convince him to move to the north London side.

So what are Spurs getting for their outlay? Well, theoretically Richarlison could take some of the pressure off Harry Kane as the focal point of Tottenham’s attack.

Last season was an underwhelming one by Kane’s high standards, after the England man had agitated for a move to Manchester City that never materialised. Kane scored 17 league goals in the 21-22 campaign, though he finished with five goals in his last five appearances.

Though Richarlison has long been viewed as one of Everton’s most important players, it’s not like his goal haul is especially outstanding, however.

Conte has already been active in the transfer window

In his four years at Goodison Park, the player has never mustered more than 13 league goals in a season. Nonetheless, his 10 goals for Everton last season was twice as many as any other squad member delivered for the side.

Antonio Conte’s side have already been active in the transfer window this summer, with Ivan Perisic joining from Inter Milan in late May. Yves Bissouma was signed from Brighton earlier this month, too. Check our transfer markets here

Tottenham have also been linked with Barcelona defender Clement Lenglet, and further signings may be in the pipeline.

Tottenham are currently viewed as third favourites for the Premier League title next season at 14/1; Man City are odds-on favourites at 8/13, with Liverpool 5/2.

Spurs are 17/20 to finish in the top four once again next season. And if you really think Tottenham are going places, you can back them for the Champions League at 25/1.

Continue Reading
You may also like...
Related Topics:featured, Tottenham Richarlison