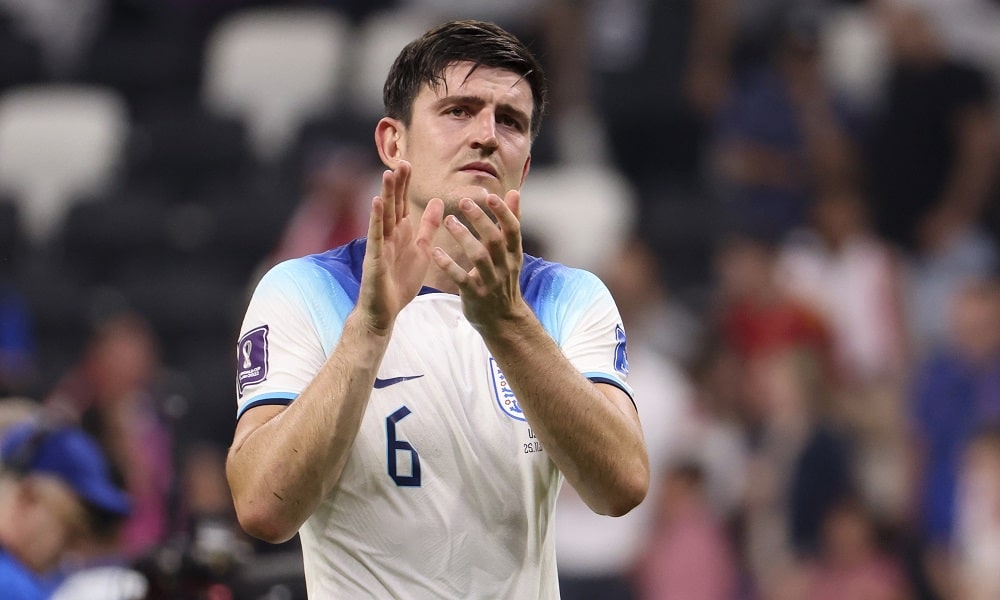 Despite a vapid performance against the USA, nothing short of humiliation for Gareth Southgate’s side will prevent England from progressing.

Wales need to win by four goals to stop England

Only kidding. Sort of. At Qatar 2022, the final games of the opening round are almost upon us. For England, progress to the next stage seems all but assured. Only if Wales beat Southgate’s side by at least four goals will they advance at England’s expense.

Not to tempt fate, but it seems like a longshot. Last time out, Rob Page’s side were beaten 2-0 by the same Iran team that England dispatched so comfortably in their opening game of this World Cup.

Wales have also managed to score twice in a game in just one of their last 10 matches – which they lost, going down 3-2 to the Netherlands.

Then again, we were confident England could make short work of the US last week. Perhaps it’s better not to take anything for granted on Tuesday.

England do have it in their locker to blow up in spectacular fashion, of course; at the 2016 Euros, they lost 2-1 to Iceland. And if you’re thinking those bad old days are definitely a thing of the past, let’s not forget that England lost 4-0 to Hungary at Wembley this summer…

For the record, Wales are 15/2 simply to win the game on Tuesday.

Still, if Wales winning by a margin of four goals sounds like the stuff of a mad Welshman’s dreams, any Welsh win at all seems a fairly tall order, if history is any guide.

Could Harry Maguire grab the opener?

The two sides have met 10 times since 1980, with Wales winning twice, and England winning the remaining eight encounters. In the last six meetings since 2004, England have won each match – with an aggregate score line of 11-1.

This Welsh side look some way past their best, too. Gareth Bale might have been Wales’ saviour against the USA but he was pretty anonymous for much of that match; Aaron Ramsey is another big name seemingly trading on past glories.

After England’s unexpectedly goal-heavy opener, and a second game so lacking in drama that it may have convinced the majority of American sport fans once and for all that football is not for them, this match against Wales may offer a more accurate reading of where the Three Lions are at right now.

This might be another fairly tight game, but one where Southgate’s side maintain control. Combine England to win and Under 3.5 goals in the total goals market in a double at Evens.

If you’re looking for something more generous, Harry Maguire might be worth a look. The Man Utd man has been on the end of more than a few critical brickbats in the run-up to this World Cup. But Maguire’s defensive performance was the standout against the USA last week.

With confidence growing, he might just excel at the other end of the pitch against the Welsh on Tuesday night; England love scoring from set-pieces, after all. Maguire is 21/2 to score at any time – or 25/1 to nab the opener.

Continue Reading
You may also like...
Related Topics:featured, Wales vs England

England vs USA: Kane to get off the mark
England vs Senegal: Marcus Rashford to shine against AFCON champions?