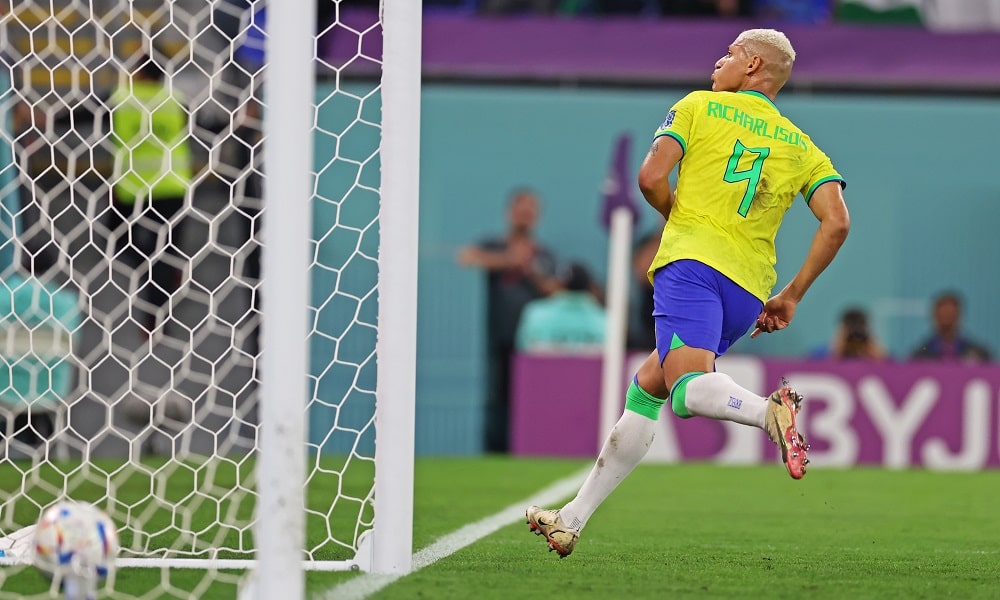 Will the Brazilians find opportunity to bust out more dance moves at the Education City Stadium on Friday? Roy Keane might not approve, but nobody puts Neymar in the corner…

In the first of the quarter-finals, flamboyant entertainers Brazil come up against a gritty Croatian side that have drawn three of their last four matches in this World Cup campaign.

It’s not that Croatia definitively, absolutely cannot get the job done; after all, they stuck four past Canada in the group stage.

They do seem to prefer the less exuberant approach, though. In the round of 16, Ivan Perisic scored an equaliser after Japan had taken the lead, the Croats eventually winning on penalties.

Before that, coach Zlatko Dalic oversaw a couple of goalless draws in the group stage. Fairly or otherwise, the Croats have been cast as the workmanlike clods in this clash, with a gameplan that may involve a fair amount of kicking lumps out of the Brazilian glamour boys.

Tite’s side have glided fairly serenely to this point, the unfortunate loss of Gabriel Jesus notwithstanding. The Arsenal star will play no further part in this tournament after undergoing knee surgery earlier this week.

Grinding out results is the Croatian philosophy

That’s a rare setback for the Selecao, though; true, they lost to Cameroon in the group stage, but that was after they’d already secured progress to the round of 16.

Having comprehensively beaten South Korea 4-1 in that last 16 encounter, Brazil are presently the 33/20 favourites for outright glory. Can Croatia stymie their opponents’ route to the final?

The Croats’ likeliest plan of action is to try to deaden their illustrious rivals attack. Four years ago in Russia, Croatia took three games to extra time – and won each one, before losing to France in the final.

Grinding out the result seems to be the philosophy with this side. But while that approach has worked pretty well for them ‘til now, against Brazil’s fluent combination of technique and pace, Luka Modric and co may end up looking flat-footed.

Neymar scored a penalty against Korea on his return from injury. But Richarlison may offer an even greater attacking threat. The Spurs forward has 10 goals in nine appearances for Brazil so far this year, three in his last trio of World Cup matches. The 25-year-old is 41/20 to score, and should be able to penetrate this defence.

Is this the end of the road for Louis van Gaal’s Netherlands? Or can the old Dutch master continue to confound? The European side’s progress in this tournament has been efficient rather than electrifying, with Dutch legend Marco van Basten particularly critical of the side’s approach.

On the face of it, a 3-1 win over the USA sounds like a good result. But in his role as a TV pundit, Van Basten criticised the style of Van Gaal’s side, telling watching viewers: “I don’t know if I can cope with this much longer.”

That seems a pretty harsh assessment, given Van Gaal’s team are unbeaten since they were turned over by the Czechs in the Euros last year. It might not be total football, but it’s been totally adequate until this point. So can Argentina end that impressive run?

There’s been plenty of talk about this being Lionel Messi’s now or never moment for glory on the international stage. And while the 35-year-old has hardly wilted under pressure, Argentina have also shown vulnerability.

For the Netherlands, Cody Gakpo may be the most potent threat

The side came to this tournament unbeaten in 36 matches dating back to the summer of 2019. Yet Argentina began their Qatar adventure in mindboggling fashion, losing 2-1 to Saudi Arabia.

In the round of 16, Lionel Scaloni’s side had to beat Australia to progress. Messi was the standout, scoring the opening goal and continuing to impress in the second half.

The debate over Ronaldo and Messi may never be settled, but one thing’s for sure – no way is Scaloni planning on dropping his superstar any time soon.

And one way or another, the Argentines will likely progress to the next round. The case for Messi to impress again is obvious; he’s 6/4 to score, but maybe Julian Alvarez is worth a look too at 27/10; he’s scored in his last two World Cup outings, and before that he found the net in three of his last four matches for Man City too.

For the Netherlands, Cody Gakpo may be the most potent threat; he scored in each group game, and is 24/5 to get on the scoresheet again on Friday.