I might not have a fight scheduled yet but I’m still training hard and ticking over. I’m always learning and practicing and staying sharp and I’m going to try and get some sparring in next week. In this boxing game it’s about improving and bettering yourself as a fighter, even if it’s just marginals or half a percent.

Look at Canelo Alvarez recently. He was straight back in the gym a week or something after his fight with Sergey Kovalev. You can tell that although he’s having tough fights he’s at a stage of his career where he’s building a legacy. He wants to be known as the best. He’s going to be fighting good fighters from now on so he wants to keep improving.

It’s not about just winning. It’s about looking good doing it. When I’m in the gym training, learning, sparring southpaw or trying new things, it’s all about how I win. As an athlete and a fighter I expect to win but the fans rave about performances, they don’t rave about wins. I want to look good and perform rather than winning safe and stinking the place out. I don’t ever want people to leave an arena and say that they don’t want to watch me fight again.

I’ve only watched the highlights and clips of my last fight against Jordan McCorry, I haven’t sat down and watched the full thing. It’s over and done with now isn’t it? On we go to the next one. Some fighters dwell on the past but I’d rather look forward. 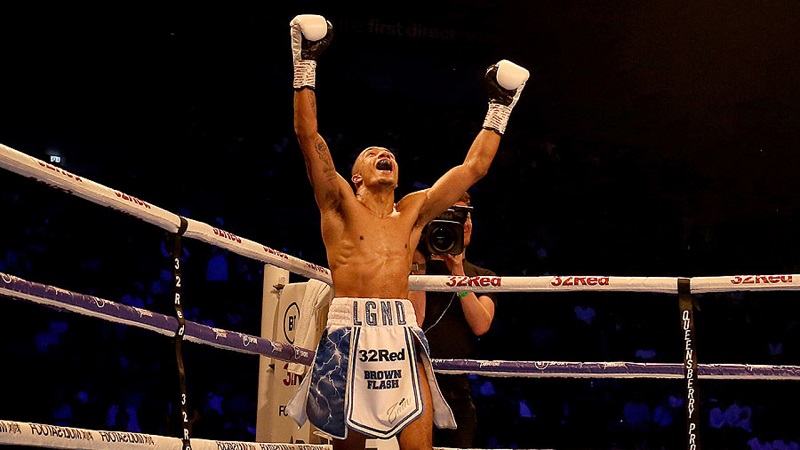 Like I said, I’m back in the gym ticking over and just waiting. I like to be active. Training is always hard but I find everything easier when I have an opponent to think about. That’s just how it is when you’re having twelve round fights though, you can’t be having five fights a year. I think I might be fighting again in February but we’re just waiting to be told for certain.

I might have a ride down to Birmingham this weekend to have a little bit of a nosey at the British title fight between Sam Bowen and Anthony Cacace. For all the latest fight odds, visit our sportsbook. They say Bowen is strong and relentless and he does come forward but Cacace moves, switches, and sometimes I bet he’s not sure exactly what he’s going to do next.

Style wise, I think Bowen is the better match up for me. We know exactly what he’s going to do. If I’m honest, it doesn’t matter who wins though. I’m going to be the British champion in 2020. I don’t know what it is but something is telling me that Bowen might just relinquish the belt if he wins. His manager, Carl Greaves, is a sensible guy who knows boxing and I wonder if they’ll maybe look for some kind of world title eliminator. If we do fight it’ll be like Sugar Ray Leonard against Marvin Hagler or Leonard against Roberto Duran the second time they fought.

Whatever happens, it doesn’t matter to me. I’m chasing the belts, not fighters and I will have that Lonsdale belt and if it’s not Bowen, I don’t care who I have to fight for it. If for any reason I can’t fight for that title, we’ll look for the European. I want titles, what’s the point in fighting if there isn’t a big prize at the end of it.

Sam Bowen exclusive: He’s gonna be giving absolutely everything and so will I
Josh Warrington exclusive diary: Ideal scenario for my next fight