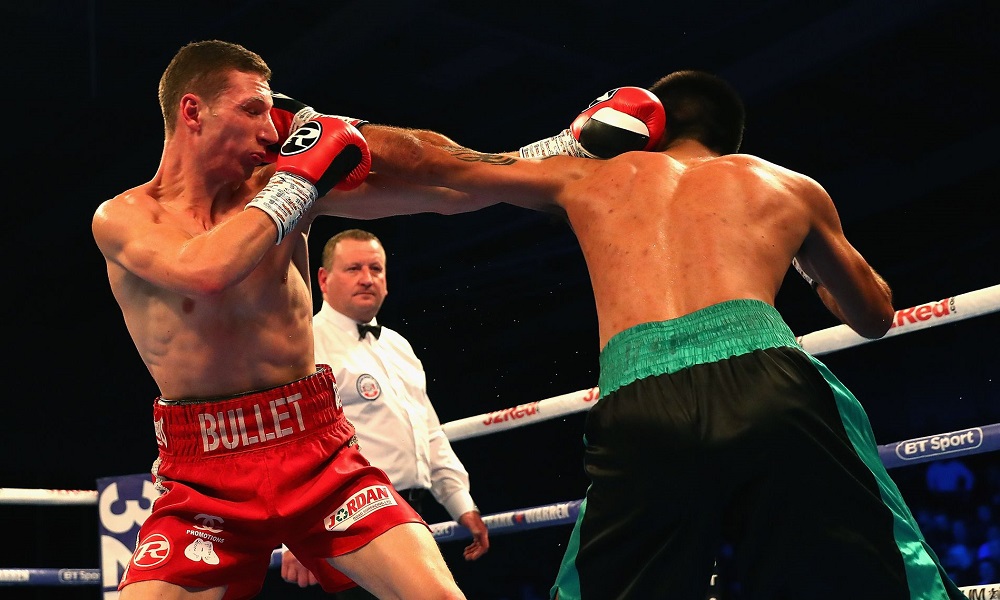 Sam Bowen exclusive: He’s gonna be giving absolutely everything and so will I

For years, Sam Bowen toiled away in the shadows, fighting regularly and attempting to force his way into the limelight. Things have changed. For the past eight months, the British super featherweight champion has been out of the ring but has remained at the centre of the conversation. It has been a total change of circumstance for Bowen (15-0, 11 KO’s) but the 25 year old from Ibstock isn’t necessarily happy about it.

“Yeah, that’s how it’s been. Luckily we have a date now so hopefully I can get a good win and get myself back in the public eye,” Bowen told 32Red. “It’s partly my fault because of the injuries and what not but we’re back to normal now so onwards and upwards. I can’t really afford to dwell on what’s happened.

“I think the majority of the televised fights on Saturday night are title fights and there’s also a world title fight. I dropped some posters off at my local pub and the people in there were telling me it sounds like a good bill. It should be a competitive night. Everybody there will be coming to win. I know I will be anyway.”

During Bowen’s enforced absence 32Red ambassador, Zelfa Barrett, and Archie Sharp have both impressed, collecting titles and pushing their individual cases to be recognised as the man to beat at 130lbs. Barrett and Bowen’s promoter, Frank Warren, seem keen to find out who the best in Britain is whereas Sharp is plotting a route towards WBO world champion, Jamel Herring. Bowen hasn’t exactly been forensically studying his rivals but is open to offers.

“They [Barrett and Sharp] have only had wins over lads I’ve beaten before but I suppose it’s good that people were impressed with them. It keeps the cat amongst the pigeons and the division in a competitive state. If those fights do come off, happy days.

“I just want decent fights now and I want some decent paying fights behind me. Whatever pays the most, I’m happy for. I think Archie Sharp is looking for a big payday. He isn’t too fussed if he fights a world champion because if he loses he can say it was justified and that he lost to a world champion. I can see where he’s coming from to be honest.

“My plan is that I’m not too bothered who I fight as long as I get well paid and I’m moving forwards and not backwards.”

On Saturday night, Bowen defends his British title for the second time when he takes on Anthony ‘The Apache’ Cacace at Arena Birmingham. For all the latest fight odds, visit our sportsbook.

Style-wise, the pair are extremely different but both had to work hard for their opportunities. Cacace had his first stab at the British title back in 2017 but failed to take advantage and lost out to Martin J. Ward. Bowen won the prized Lonsdale belt on his first attempt and is fully aware that disappointment will drive Cacace on with a renewed determination.

“I don’t really know too much about him if I’m honest. I’m not sure which path he’s gone down but we’re on the same path now. I don’t really look too much into my opponents stuff and what they have and haven’t done. I know his record and I watched his fight with Ward but that’s about it really.

“It’s gonna be a tough fight. He [Cacace] is a good lad himself but you expect that at title level, don’t you? He’s gonna be giving absolutely everything and so will I. Hopefully my everything beats his everything.