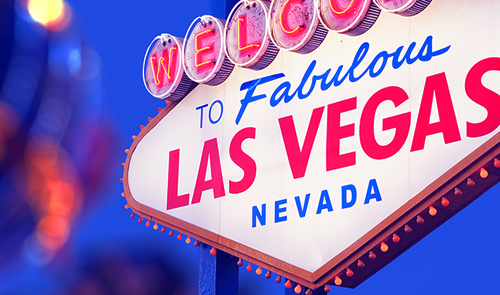 We all know Vegas is one big party town. But how much do you really know about the city? From its love affair with shrimp, to restaurants that bring on cardiac arrest, here are ten weird and wonderful facts you (probably) didn’t know about Vegas.

…I mean, really loves its shrimp. So much so that a whopping 60,000 pounds of the sea creatures are eaten there every day. In fact, more shrimps are eaten in Vegas on a daily basis, than in the rest of the U.S. combined. Maybe no-one told the tourists you can’t get drunk off shrimp cocktail!

Shortly before he died, Michael Jackson had plans to build a 50 foot tall replica of himself in the Las Vegas desert. The publicity stunt was intended to promote his 2005 comeback and not so he could get a better view of the ‘man in the mirror’….wahey!

In 1980, a hospital in Las Vegas had to suspend workers found betting on when patients would die. One nurse was even accused of killing a patient so she could win, which takes rigging the odds to a whole new level.

The infamous Las Vegas Strip is the brightest place on Earth as seen from outer-space. With all those dazzling lights, it’s no wonder nearby Area 51 was such a UFO accident blackspot! Looks like a case for Mulder and Scully.

With a whopping 3,950 rooms, the Bellagio hotel has more rooms in it than there are residents in the original town of Bellagio, Italy. But we all know size doesn’t matter… it’s all about whether you can cook up a mean bowl of pasta.

The Heart Attack Grill became the city’s most talked about eaterie, after living up to its name two years ago. A customer had a heart attack whilst eating its “Triple Bypass” burger. We reckon someone should have put the owner under (cardiac) arrest…more dad jokes to come, sorry!

In many Asian cultures, four is considered an unlucky number. So to woo chinese high rollers to the casino town, Las Vegas hotels have begun ditching the number from floors and room numbers. Let’s just hope its visitors aren’t into golf.

Over 1,000 homeless people live in an underground tunnel that runs 200km beneath Las Vegas. Despite being so far underground, their homes are regularly flooded by rainfall. Talk about bad luck, ey?

The entertainment capital of the world is home to the largest fragment of the Titanic ever salvaged from the wreck. The “big piece”, as it’s been dubbed, is now on display at the Luxor hotel. We only hope that if you go to see it, your luck won’t spring a leak. Ba-dum-bum-chhh!

There are over 130,000 rooms in the Silver State’s most famous city and it you wanted to spend a night in every room it would take you 288 years. So if you want get round even a third of the hotels, you better start packing now.

Nothing beats a trip to Vegas…apart from maybe a ride on a wild zebra on a hot sunny day. But if you want to experience the excitement of the city from the comfort of your home, check out 32Red’s fab online casino games. We promise they’re just as fun.