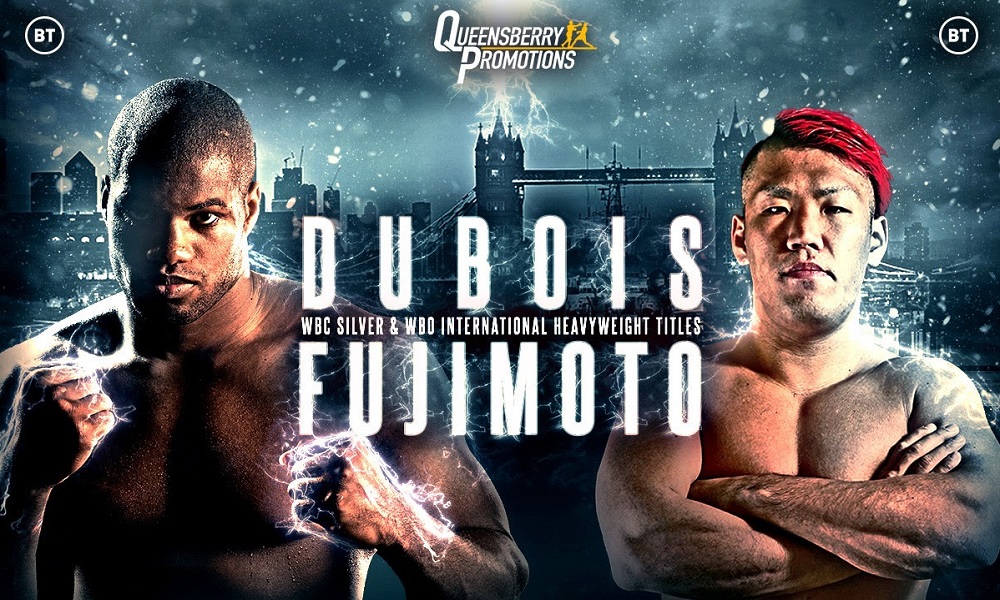 Daniel Dubois diary exclusive: I don’t want to lose. Ever

I’m feeling good, I had a little bit of a cold a few weeks ago but I recovered from that and I’ve been back in the gym where I’m at my happiest for a few weeks. The gym is my workplace. It’s like going to the office. Since I’ve been back in everything has been focused on this next fight. I’ve heard people say that if you enjoy what you do, you never work a day in your life. It’s a state of mind isn’t it?

What a year it’s been. I want to make it even better on December 21st but it’s been a really good year so far. It’s difficult to pick out a highlight – I’d maybe say that exciting fight with Richard Lartey back in April – but I couldn’t choose one really. I’d probably say the best part has been stepping up to face every challenge that have been put in front of me. I haven’t put any extra pressure on myself than there already is and I’ve just gone about my business as usual.

I like collecting title belts – I think I have seven so far – and I’m hoping to add a couple more to the collection on Saturday night when I fight Kyotaro Fujimoto. For all the latest fight odds, visit our sportsbook. We’re going to have to get a bigger place soon and build a nice bit of framework to hold them all. Being able to fight for – and win – these titles has been great.

Since the fight with Ebeneezer Tetteh in September I’ve been all over the place. I recently got back from L.A and I’ve been in and out of different gyms trying to learn as much as I possibly can. You might have seen a couple of clips on instagram of me doing some gymnastic type strength work. We’ve been working with this guy and he’s added a lot to our training I think. I’m up for more really. I’ve got so much dedication. The more the better.

Instead of doing crazy weights sessions that rip my body apart I can just do different workouts that mean I’m strong but not wrecked. My brother, Prince, and sister, Caroline – who won the BBC Young Sports Personality of the Year award last month – come along with me sometimes. You might have seen a video of us having family press up competitions. It certainly isn’t me that wins them! The younger ones are coming up now and it’s their time to take over and show what they’re worth. I just tell them to keep at it.

Over the past few weeks the heavyweight division has been exciting. We’ve had Deontay Wilder beating Luis Ortiz and carrying on this long unbeaten run and then Anthony Joshua coming back from defeat and reclaiming his titles from Andy Ruiz. I’m at the point where I don’t want to lose. Ever. I’m really serious about that and keeping a good record. It’s not just a goal to set myself, it’s a challenge for me as a fighter to try and meet. I want to take that on board and accomplish that mission.

I saw the little video Fujimoto did where he was sat next to a guy dressed as a panda at a press conference. Apparently that’s who he’s been sparring. It’s interesting isn’t it? We’ll see though. All the fun and games will stop when he sees me in person.

Thanks for all the support this year. I’ll keep putting in the hard work and dedication.