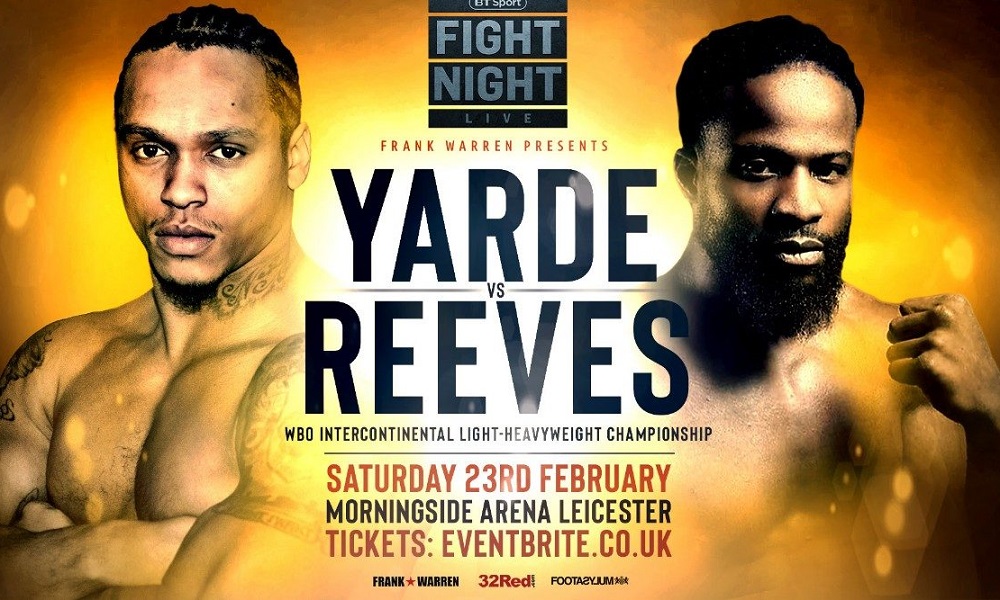 Anthony Yarde exclusive, part 2: I’ve got to take this one seriously

For most novice professionals, debut preparations are focused on finding a gym and trainer they are comfortable with, getting accustomed to the intensity of training, and working out if they can sell enough tickets to get themselves on the left hand side of the bill. Anthony Yarde’s preparations were more wide reaching. For all the latest fight odds, visit our sportsbook.

Speaking to Yarde at the beginning of his career, he was clearly in love with his new profession. Undoubtedly one of the more unique and exciting talents to emerge in Britain for years, his profile increased by the day and more and more plaudits jumped on his bandwagon with every fleeting appearance.

Boxing fans quickly tire of one-sided victories – no matter how spectacular they are – and began to demand the 27 year old be pitched into a serious test. When it became clear that he planned on skirting the domestic light heavyweight scene to concentrate on building a world ranking, Yarde began to attract more criticism than praise.

In part one of 32Red’s exclusive interview, Yarde spoke about understanding the fans desire to see him tested but if the change of tone in the public reaction towards him and the tortuous nature of boxing negotiations has dampened his enthusiasm for the sport, he does a good job of hiding it.

“It has always been both a business and a sport to me, right from the beginning,” Yarde (17-0, 16 KO’s) told 32Red. “I do still love it and it’s still being good to me and it’ll continue to be good for me. I studied the sport before I got involved in it so knew that the business side of it and the negotiations and things like that just come along with it.

“I’m sure when you’re playing football or playing other sports there are negotiations to go through. It might happen less often [than it does in boxing] but I’m sure it needs to be done. If you’re not somewhat clued up about things yourself or if you aren’t business minded yourself, you might get taken advantage of.”

Glory in the ring generally equates to exciting opportunities outside of it, and – in modern boxing – being a marketable figure tends to see a fighter pushed to the front of the queue when big fights are being discussed. Yarde does seem to understand that everything eventually boils down to winning fights. After all, it is possible for a fighter to have a successful career without their face constantly peering out from television screens or plastered all over billboards but should the wins dry up, so will the endorsement deals.

“I just feel like it all intertwines with each other,” Yarde said. “I just feel like if you aren’t smart about things and don’t try to learn different things in different areas or avenues you’ll either come unstuck or become like a puppet where you don’t know what you’re doing and you only have one thing going for you, which is the fighting.

“Right now, I’m at the stage of my career where my sole focus is what is happening inside the ring. I surrounded myself with the best team and as negotiations go on, you find yourself involved. Nothing gets agreed without my permission. There are some people out there who don’t have any control over their career but in terms of sponsorship deals or how much time I get to train ahead of a fight I have an input into all that stuff. I feel like it’s very important.”

A day spent in front of Youtube endlessly cycling through every interview Yarde has ever done would yield barely a single call out or comment about a rival. Whether you are of the opinion that his silence demonstrates a lack of ambition and an unwillingness to challenge himself or whether you see it as a targeted attack on a world title belt, Yarde isn’t going to change now.

Peer pressure isn’t going to force him into gatecrashing press conferences and even rising to number one behind Sergei Kovalev in the WBO world rankings isn’t going to make him demand the fight. Yarde faces Travis Reeves at the Royal Albert Hall this weekend and he is determined that it will be business as usual.

“I’m always going to be the same. I’m always going to focus on myself,” Yarde said. “Champions change. Look at Kovalev. He lost the belt but then he regained it. That’s the sport. I don’t focus on anybody as a target. The only targets for me are the belts and succeeding in my career. I’m not really focusing on one particular person. When I reach that stage or feel like I want that particular belt, whoever is the champion at the time is the person who will gain my interest.