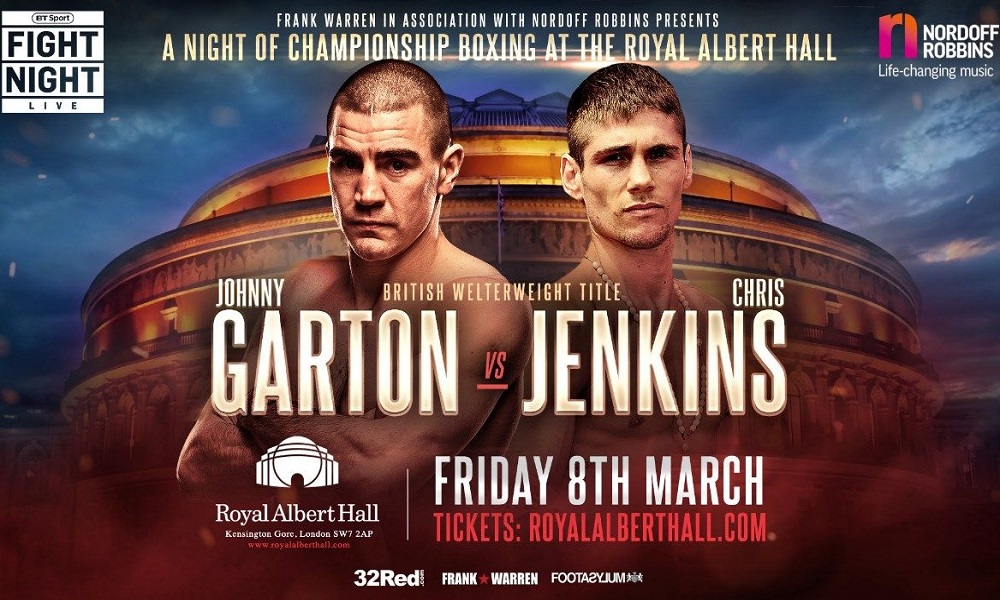 Johnny Garton exclusive: I ain’t gonna change who I am

It is one of British football’s most famous chants. Sang to the tune of ‘We are Sailing,’ the Millwall anthem ‘No one likes us, we don’t care’ rolls down from the terraces whenever the Lions take to the field. Since winning his crowd-pleasing fight of the year contender with Gary Corcoran last year, it seems like every boxing fan has developed a soft spot for British welterweight champion – and Millwall fan – Johnny Garton.

Garton may not have altered his single-minded approach to life but his determination and refusal to give up on his dream has transformed him professionally. A basic trier when he entered the sport, the 31-year-old has developed into an all-action British champion.

This weekend’s cross capital trip to defend his Lonsdale belt against Chris Jenkins symbolises the progress he has made. For all the latest fight odds, visit our sportsbook. Garton will travel from the rough-and-ready Isle of Dogs to the decadent Royal Albert Hall to defend the title which means so much to him.

“I remember waking up the next day – I didn’t really sleep much to be honest – and sitting quietly just staring at the belt. I was still in shock.

“It’s been a long road. I honestly never thought I’d win the Southern Area title. That was my goal. To win the Lonsdale belt is beyond my dreams. It’s too hard for me to put into words.”

Garton’s immediate target is to ensure that the first defence of his hard-earned title doesn’t descend into a case of ‘After the Lord Mayor’s Show.’ Fortunately, motivation doesn’t seem to be an issue for the Londoner and although he has successfully accomplished one goal he sees no reason to rest upon his laurels.

If he gets past Jenkins this weekend, Garton is determined that the remainder of his career will continue to be played out on the biggest stages he can find.

“My mind has changed a bit. I wanna keep winning and pushing on to see how far I get. The business side of me is thinking that now I can make some money. So few of my fights have been on TV shows that I haven’t made money. Now I’m at the point where I’m thinking I wanna try and make as much as I can before I get out.

“If I’m realistic I’ve probably got a year or so left. I’m 31 and as much as I love boxing and I’d love to do it forever, I don’t want to get to the point where I’m taking beatings. I’ve got a daughter now and I have to think of her future more than mine.

“I could keep going but I want to be able to come out of the sport talking normally and being able to speak to my daughter. I’m not in easy fights so I don’t want to really have too many of them.

“I want as many belts and as much money as possible in the shortest amount of time.”

Jenkins is undoubtedly talented but has suffered horrendous luck with cuts during his career. The Welshman drew with Tyrone Nurse in his first challenge for the British title at light welterweight before dropping a decision in the rematch and will be taking on a rough, tough, full grown welterweight in Garton.

“I sparred Jenkins about a year ago and it was a tough, hard spar,” Garton remembered. “If the fight is anything like that was then you would have paid to watch the sparring. He can fight and I’ve got all the respect for him. He’s a mad hatter and a lovely fella. I’m looking forward to it. He’s a good character.

“I’ve just gotta look at Jenkins at the moment. If I take my eye off the ball he will beat me. Once I get the 8th March out of the way we can see what happens.”

Anthony Yarde exclusive, part 2: I’ve got to take this one seriously
Sam Bowen exclusive: Talking won’t get you there. It’s winning fights that does it.