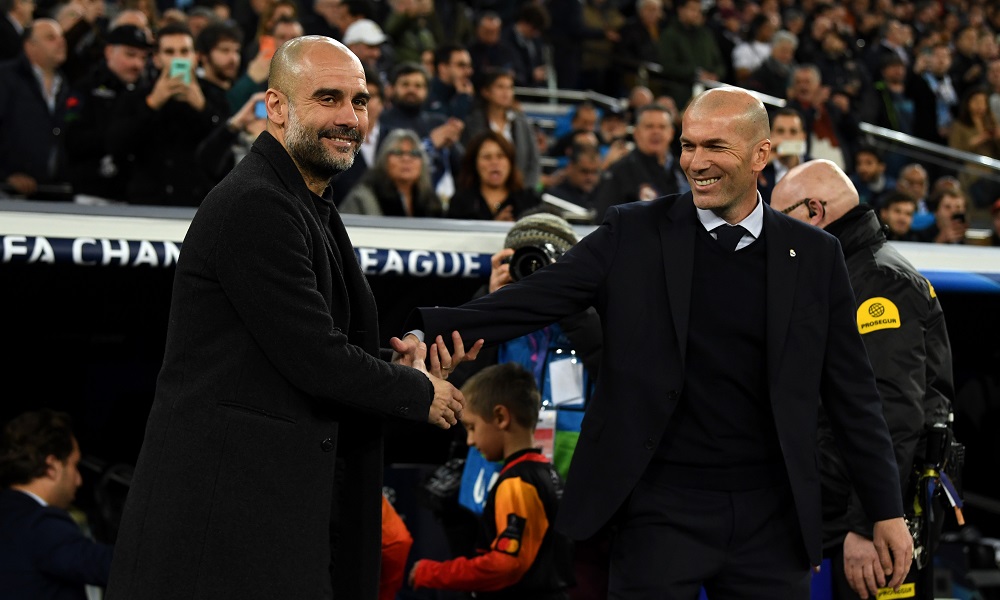 The Champions League round of 16 resumes this weekend, with second leg ties set to be played at the home teams stadium, before the quarter-finals take place as one-off ties in Lisbon.

It must be weird to win the greatest honour of your career to date – and still be in real danger of being dismissed. Such is Maurizio Sarri’s lot, the Juventus boss apparently failing to win over many onlookers this season even as he led Juve to the Serie A championship.

Sarri’s first scudetto was Juve’s ninth on the bounce. The Italian superclub almost take such achievements for granted, but Sarri was brought in to add style to the club’s substance. His team haven’t played with the vim and verve that characterised his time with Napoli, however – and failure in the Champions League this week could still curtail his time in Turin.

Juve lost the first leg in France by a goal to nil, and have warmed up for Friday’s encounter with three losses in their last four games. But Lyon have played just one competitive game since early March, losing on penalties to Paris Saint-Germain in the French League Cup last week.

Still, Lyon kept it tight for 120 minutes before the shootout. Based on Juve’s recent form, it might still be worth taking a punt on Lyon at evens to go through to the next round. Those tempted to go all out for the Lyon win should exercise caution, however – that would mean the Old Lady losing at home for two matches in a row.

It’s a tall order, given that before losing to Roma last week, you have to go back to last season to find the Italian side’s previous home loss – er, which came when Juventus lost in the Champions League to Ajax. Maybe you shouldn’t read too much into that – but if you do fancy Lyon for the upset, you can back them at 13/2.

City beat Real 2-1 at the Bernabeu back in February. Sergio Ramos was sent off too, meaning the Real stalwart will miss this game.

But despite those problems, Zinedine Zidane’s side come to the Etihad in a positive frame of mind. Real Madrid have just wrapped up the La Liga championship, Zidane has won this tournament on three consecutive occasions in recent years – and City, sumptuous, stratospheric City can be got at.

Pep Guardiola’s side have lost nine league outings, been knocked out of the FA Cup by Arsenal, been easily beaten to the Prem by Liverpool – it’s been a bad season for a club that is always expected to in the frame.

The Champions League could effectively give City’s season some meaning – but as mighty as the Manchester side can be, it would hardly be a shock if they lost again on Friday. I’ll take a chance on another disappointing outcome for the home side and back Real Madrid to win at 13/4.