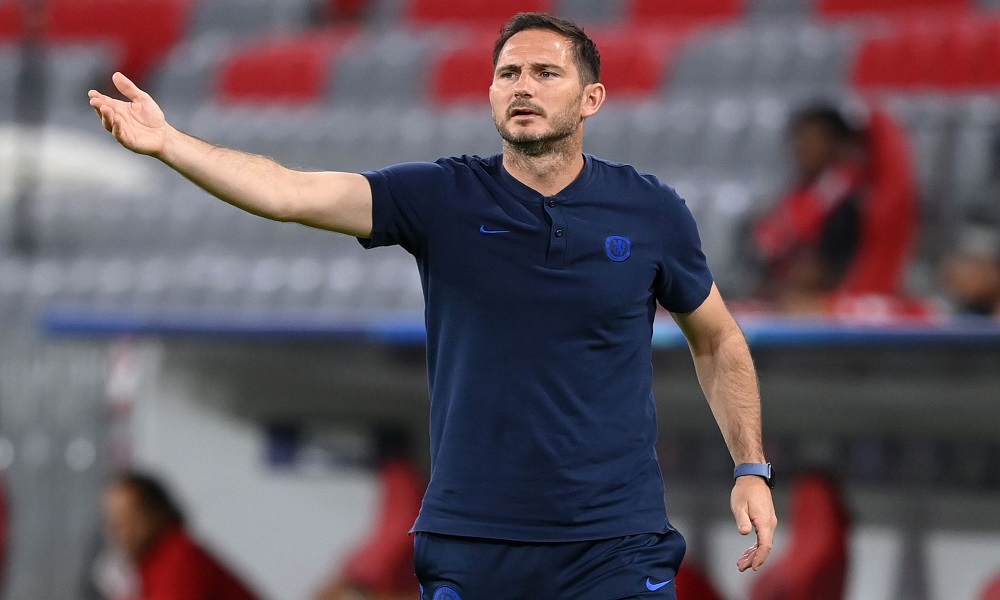 The latest Champions League campaign begins in earnest on Tuesday as Europe’s biggest clubs enter the fray. And if early domestic results are anything to go by, unpredictable mayhem could be the order of the day.

Good if you like a life of surprises; not so great if, say, you backed Tottenham against West Ham on Sunday. But it’s not just the Premier League that’s got off to an unusual start; four games in, last season’s Champions League winners Bayern Munich have already lost once in the Bundesliga, and currently sit second in the league behind RB Leipzig.

It’s difficult to draw too many conclusions from La Liga, given the biggest names in the league have played fewer games than leaders Real Sociedad. Still, both Barca and Real lost unexpectedly at the weekend, to Getafe and Cadiz respectively.

In Serie A it’s an unexpected name dominating too, AC Milan topping the table with four straight wins – including this weekend’s defeat of Inter in the Derby della Madonnina. Juventus are four points off the pace in fifth place with Inter a point further back in sixth.

Even last season’s finalists Paris Saint-Germain aren’t having things all their own way, the French side currently two points behind Lille in Ligue 1. Still, PSG have started the season considerably better than Manchester United, who they face on Wednesday. Before that though, it’s Chelsea vs Sevilla…

Frank Lampard saw his side denied a win against Southampton on Saturday after a stoppage time goal earned a 3-3 draw for the Saints. And it’s fair to say not everyone is convinced by the Chelsea coach, who also saw his team held by the same scoreline by West Brom last month.

Sevilla warmed up for this game with an away loss to Granada, and the reigning Europa League champions may sometimes struggle in the Champions League. That said, they have no fear of English teams, beating Man Utd in the Europa League semi-final last season, and turning over Liverpool in the final a few years back.

Playing at Stamford Bridge, Chelsea lost their opening CL fixture to Spanish team Valencia at this point in the previous campaign, and in four home fixtures in last year’s competition, Lampard’s side managed just one victory.

With a defence as unreliable as the West London side’s, but plenty of attacking options, you’d think there have to be goals here; Timo Werner is the favourite to find the net at 27/20, but if you’re looking for a Sevilla scorer, Luuk de Jong might be your man. Not the most frequent scorer admittedly, he did put two goals past Inter in the Europa League final, and scored an equaliser away against Barcelona at the start of the month. He’s 11/4 to find the net on Tuesday.

Thomas Tuchel’s side started the season with two straight defeats, but since then it’s been five straight wins for Paris Saint-Germain, the side conceding just a single goal across those five matches.

The French champions won 4-0 at the weekend away to Nimes, and in last season’s CL fixtures they lost only two games in the whole campaign – one to winner Bayern Munich. They started with a scintillating 3-0 victory over Real Madrid last September, and nothing that Manchester United have done this season suggests the French team will struggle against them.

United’s win against Newcastle on Saturday was a relief for Ole Gunnar Solskjaer after the disaster against Spurs. But outshining Joelinton is one thing – keeping the likes of Neymar and Kylian Mbappe at bay for 90 minutes is probably going to require a little more initiative.

Otherwise, PSG legend Edinson Cavani might be inspired to show his old club what they’re missing; the new United signing is a 9/4 shot to find the net at any time.

Neymar is 27/25 in the same market, having scored twice on his last appearance for the club at the start of the month – he’s scored a hat-trick for Brazil since then too.

Neymar was rested on Friday against Nimes, but Mbappe played – and scored twice. The 21-year-old is 17/20 to get his name on the scoresheet against Man Utd.