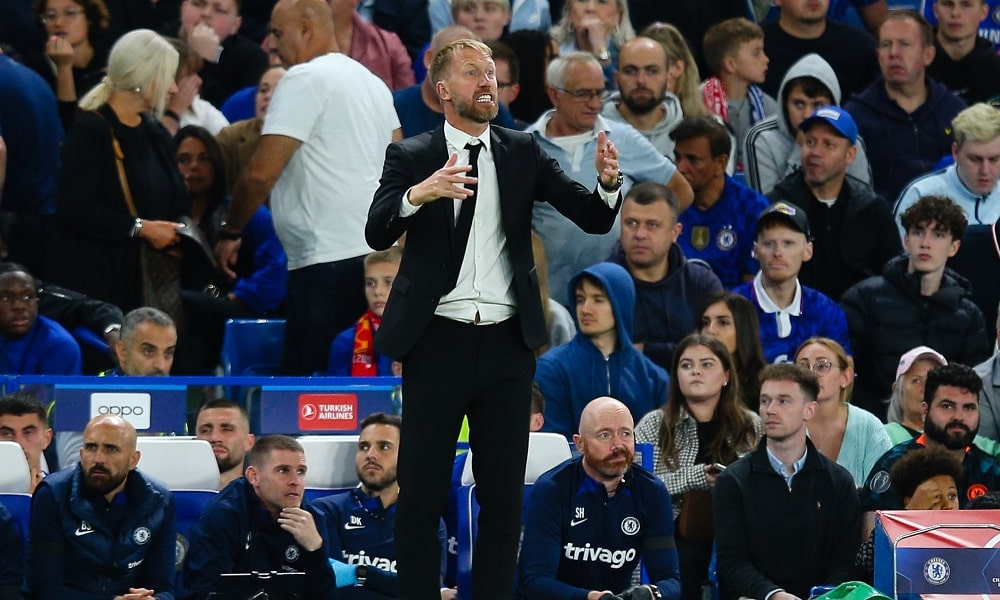 Graham Potter claimed his first win as Chelsea manager at the weekend; can the new Blues boss follow that up by earning his first ever Champions League win on Wednesday night?

It’s hardly the new man’s fault, but Chelsea’s Champions League campaign has begun in fumbling fashion. The west London club lost to Dinamo Zagreb under Thomas Tuchel, then had to settle for a draw with RB Salzburg in Potter’s first game in charge. It’s Chelsea’s worst CL start in more than 20 years.

As for the opposition, Milan beat Dinamo last time out, though they were held to a draw by Salzburg in their opener. Milan are also without Zlatan, who’s knee injury problems have prevented him from making an appearance yet in this campaign.

Perhaps former Blue Olivier Giroud can come back to haunt his old side, though. The Frenchman has five goals for Milan already this season, and is 3/1 to find the net at any time.

For Chelsea, Pierre Emerick-Aubameyang scored his first goal at the weekend; the former Barca and Arsenal striker is 9/2 to find the opener. With Chelsea not renowned for the efficacy of their attacking players in recent months, the new signing could be the man to back again on Wednesday.

Man City really do have a cheat code in Erling Haaland; if the Norwegian stays fit, City may be unbeatable in the Champions League this season. They’ve won their two opening matches, and it’s basically a foregone conclusion they’ll beat Copenhagen on Wednesday.

The odds reflect that; City are 1/25 to win, with the Danish side 45/1 to land an upset that seems all but unthinkable.

Haaland’s odds to find the net are similarly apposite; after all, the Norwegian has scored 26 goals in 21 CL games. He’s also enjoyed a hat-trick in each of his last three home games in the Prem, and is 24/5 to bag another here – and just 27/100 to find the net.

That latter price is a staggering reminder of how rare it is when Haaland draws a blank. He’s failed to score in just one league game for City this season; indeed, the Norwegian has more hat-tricks than Mo Salah has league goals in this campaign.

The striker is shaping up to be something like the Tiger Woods of football, a player whose statistics are so far removed from his peers that the usual rules just don’t apply.

It’s always possible that the big guy has a rare off-day, or simply doesn’t feel the need to go goal-crazy. These are surely the only factors that will prevent Copenhagen from experiencing a painful night at the Etihad.

Backing Haaland for a hat-trick seems a reasonable punt, given his stunning recent record. If the 24/5 price doesn’t work for you, Kevin De Bruyne is 5/2 to deliver at least two assists, which again seems feasible.

Alternatively, you could embrace the Total Goals market; over 5.5 goals is a 3/1 shot. City’s last three home games in the Prem have all featured six or more goals…