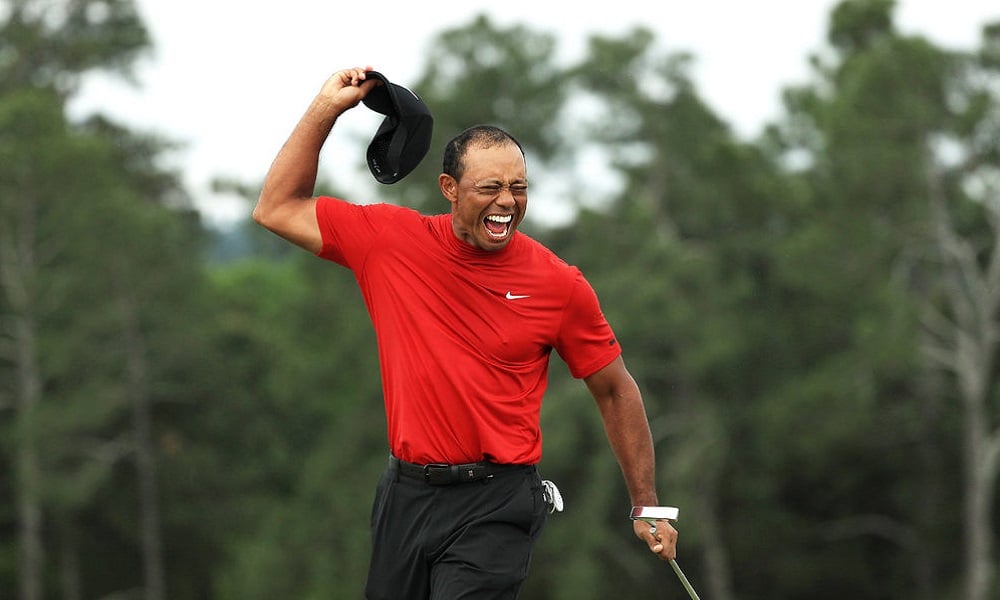 Tiger Woods – GOAT? 10 incredible facts that prove Tiger is a legend of golf

Some argue that Tiger Woods is the greatest golfer of all time – others that he’s actually the greatest sportsman.

Woods’ struggles in the last few years have been well documented, and of course his recent inspirational win at the Masters in April – 11 years after his last major win –  is one of the most remarkable comeback stories of all time.

But whether this was one last, glorious hurrah, or simply the first step in a startling new phase of Woods’ career, the 43-year-old is unquestionably a legend of the sport. His 15 major wins is the second highest total of any player – with 18 majors, only Jack Nicklaus has more.

But Woods’ accomplishments in golf go beyond mere trophies. Here’s a few mind-boggling facts about the man, the legend that is Tiger.

For the latest golf betting markets, visit 32Red. If you’re looking for a different kind of flutter, check out our 32Red Casino site – there’s plenty of slots and table games to keep you entertained!

The Masters 2019 betting preview
Greatest sporting comebacks of all time