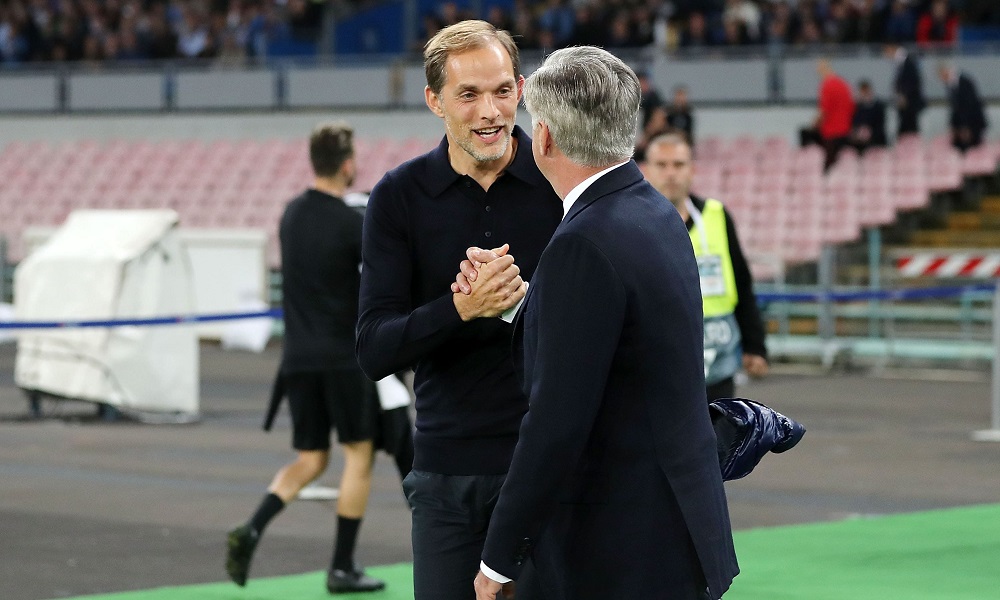 Chelsea took an unexpected shellacking against Brentford at the weekend, but the Blues could get over that setback quickly. Around this time last season, the West London side were turned over, improbably, by West Brom immediately after an international break. They won their next match, a Champions League tie against Porto (and would finish the season by winning the competition).

On Wednesday, Chelsea face a Real Madrid that suffered a chastening defeat against Barcelona a couple of weeks ago. Carlo Ancelotti’s team won against Celta Vigo at the weekend, though. And Karim Benzema was back with a brace (of penalties – he missed a third, too), having been absent for the beating from Barca.

Real might have the wherewithall to give Chelsea a proper game then. Still, much depends on how Ancelotti approaches this match. Against Paris Saint-Germain in the round of 16, Real played a very conservative game, hoping to keep the opposition at bay rather than take the game to Mbappe and co.

It didn’t really work, PSG winning by a late goal in a match where Real failed to get a shot on target. Ancelotti received plenty of criticism after that performance. But then again, his side are in the quarter-finals right now.

When Chelsea and Real met in the semi-finals last season it was the West London side that triumphed, Thomas Tuchel’s side winning their home leg 2-0. Will it be a similar story this week? The Blues haven’t even conceded a goal at Stamford Bridge in this CL campaign thus far.

And given some of Real’s recent performances in big games, the visitors may not enjoy many chances at the Bridge. After red faces for the Blues at the weekend, this could be a clean sheet for the hosts. You can back Chelsea to win to nil at 47/20.

This one looks a bit of a mismatch on paper, even if Bayern aren’t infallible on the road. They drew against RB Salzburg in the round of 16, after all.

Villarreal stunned Juventus to progress to this stage with a 3-0 win in Turin over the Old Lady. But since then the Spanish side have lost twice in La Liga. Most recently, to Levante, currently 19th in the Spanish top flight.

Unai Emery is not a manager to underestimate, whatever Arsenal fans tell you. But Bayern are amongst the favourites to win the Champions League. And with the Bundesliga side having scored 16 goals across their last four games in all competitions, it wouldn’t be a complete shock if the Yellow Submarine were to spring a leak here.

Robert Lewandowski’s odds aren’t going to blow you away, but there are obvious reasons to back the prolific Polish striker to score at any time, even at 8/13.

Maybe backing Kingsley Coman in the same market at a more generous 13/5 could be worth a look, though. Coman has two goals in his last two league appearances for Bayern, and also scored against Salzburg back in February in the round of 16.

Continue Reading
You may also like...
Related Topics:Chelsea vs Real Madrid, featured