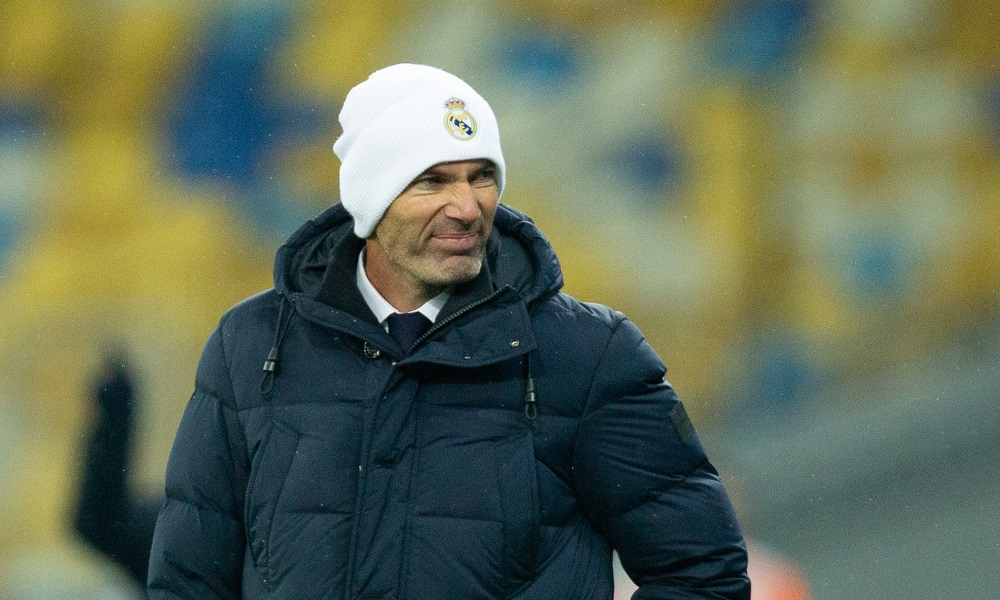 Very strange times in La Liga, with Barcelona currently ninth in the league, while fellow giants Real Madrid trail leaders Atletico by six points. Real’s domestic progress is the least of the club’s problems however, with Zinedine Zidane eyeing the prospect of crashing out of the Champions League if he can’t get a result against Gladbach on Wednesday.

In fact, Group B is so tight that just three points separates bottom club Inter from leaders Gladbach. Real and Shakhtar Donetsk are both on seven points each, meaning, improbably, that each of the four teams still has the chance to book their place in the round of 16.

If either Madrid or Gladbach win their match, the winning team will be certain of progression – but Gladbach only need a draw to ensure they make it to the next stage. If Inter beat Shakhtar, they could conceivably move ahead of both the Ukrainian club and Real to finish second in the group – and if Shakhtar draw or win, they will progress at Real’s expense unless the Spanish side win tonight. Blimey.

Permutations aplenty then – but what’s the likeliest outcome at the Estadio Afredo di Stefano? Real definitely need to rouse themselves, having lost both their games against Shakhtar, and drawing against Gladbach 2-2 in October. If it goes wrong for the Spanish team, it will be unprecedented – the first time in Real’s history that they have failed to progress from the group stage.

Real did beat Sevilla in the league this weekend, but prior to that went winless for three consecutive games; are the club able to deliver when it matters?

Gladbach were beaten at home by Inter a week ago – but, muddying the water, the German side beat Shakhtar both times the two sides met, 4-0 at home, 6-0 on the road.

With Gladbach potentially happy to sit back and hit Real on the break, it’s surely not that far-fetched that the German side might be able to pull this one off. Real are 7/10, with the draw a 13/5 shot, and Gladbach 19/4 for the outright win. Gladbach or the draw is available at 6/5 in the Double Chance market.

Liverpool have already won their CL group while the Danes are certain to finish last. In fact, the Merseyside team have 12 points, with Midtjylland managing just one, their first ever point in the Champions League, as it goes – they earned it with their draw against Atlanta last week.

Yet with Jurgen Klopp taking the chance to give some of his very stretched squad a rest, Liverpool are available at better than evens to win this match.  The Reds were defeated by Atalanta at Anfield last month, though that’s been a very rare off-day for Liverpool, even despite those well-documented injury woes.

When Liverpool played the Danish champions at Anfield, the visitors made it tough for Klopp’s side. With the German coach admitting he plans to field some of his younger players on Wednesday, do Midtjylland have some faint chance of earning that first ever group win this week?

Like Liverpool, Man City have already ensured they will progress to the round of 16, winning their Champions League group after their goalless draw against Porto last week; prior to that result, City had won their previous four matches in the group.

By contrast, opponents Marseille won their first Champions League match of the campaign last week after four straight losses – whatever happens here, Andre Villas-Boas’ side will go no further in this competition. That said, they could still earn a place in the Europa League with a result here.

That looks a stretch, though. In these two sides’ previous encounter, the French team lost 3-0 at the Velodrome. And with City’s strength in depth, even if Pep plays a very different looking team you’d think this should be another routine victory for the hosts, who are just 4/11 to win.

If you want a chunkier price, City to be winning at half-time and full time is available at 19/20; that result has paid off in three of City’s last four Champions League matches.