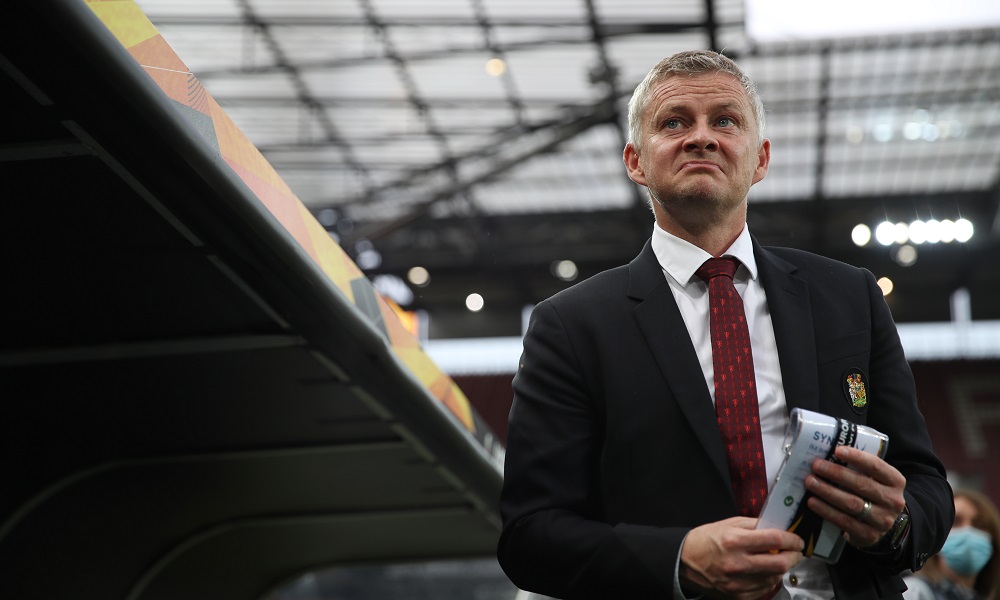 Leeds were comfortably beaten by Chelsea last weekend, while West Ham were by far the superior side against Man United for 45 minutes, before Solskjaer’s schizophrenic side scored three goals in 15 minutes to leave David Moyes choking on his own rage.

So who’s the likelier winner here? I’m leaning towards Leeds at 23/20, primarily because I think Marcelo Bielsa at his best can outmanoeuvre Moyes, but there are a few caveats – the Yorkshire team haven’t won any of their last four home games, for starters, and striker Patrick Bamford seems to be more adept at scoring on the road than at home.

The forward has netted eight goals this season, but just once at Elland Road. Perhaps that can partly be explained by the matches themselves, given Leeds have hosted Wolves, Man City, Leicester and Arsenal.

If Leeds are to win this one it’s likely to be Postman Pat (because he delivers – hopefully) who seals the deal, given Mat Klich and Helda Costa are the only other Leeds players to muster even two league goals apiece this season. I’m banking on Bamford to come good on Friday night anyway – and he is 21/5 to open the scoring.

Just two points separate these two sides, 10th and 12th in the table with Wolves enjoying the slight advantage. After a stunning start to the season though, Villa have lost four of their last five matches. Is footballing normality being restored?

Whatever the explanation, it’s not encouraging news for Villa fans eyeing this game; Wolves beat Villa home and away last season in the Prem, and have won their last three home games against their Midlands rivals.

True, Nuno’s team were turned over in humbling fashion by Liverpool a week ago, but that loss – and the prospect of a visit from a very dangerous Chelsea side next week – should only heighten the home side’s determination to take the maximum from this match, against a side that have shown plenty of vulnerability lately. Wolves are 13/10 to win.

Newcastle have beaten Burnley and Everton at home already in this campaign, and the Baggies head to St James Park with four defeats in their last five matches – including, last time out, a 5-1 trouncing at the hands of (double-checks notes) Crystal Palace.

Let’s not overthink this one – in what’s likely to be an attritional affair, Steve Bruce’s side seems likelier to come out on top against a struggling side. Back the Magpies at 23/20.

Manchester United are so wildly inconsistent that they could easily bounce back from their Champions League disappointment with a stirring victory here – yet it wouldn’t be a shock to see one of Norway’s most famous sons take one hell of a beating either.

Utd are at home, where they have less of a knack for launching second half comebacks – they’ve only won one of their five league games at Old Trafford this season, beating West Brom 1-0. But they do have a fine record against City under Ole Gunnar Solskjaer, beating their local rivals home and away in the Prem last season.

City have won their last two, swatting aside opposition that, respectfully, they’d expect to swat aside (Fulham 2-0, Burnley 5-0 before that). Against the better teams City have struggled this season though; Liverpool held out for a draw at the Etihad, while Spurs (at home) and Leicester (in Manchester) both got the better of Pep.

Man Utd are 10/3 to win this one, which is pretty tempting, to me anyway. The hosts have won their last four league games, showing undeniable character to come back after going behind to both West Ham and Southampton. They have reacted positively to setbacks before, and may be able to do so again here.

What started with a bang seems to have sputtered out already for Everton, the Toffees losing four of their last six matches – while last time out, they could only muster a draw against a Burnley side that look prime candidates for relegation.

Everything’s clicking for Frank Lampard though, the Blues winning four of their last five league matches. The West London club are odds-on to beat the hosts at Goodison, and it’s not difficult to see why, given Carlo Ancelotti’s side’s recent difficulties.

Chelsea’s go-to striker of late has been Olivier Giroud – and in the kind of form the smouldering Gallic dreamboat has been in, it’s not difficult to see him finding the net once more on Saturday. Giroud is 6/5 to score at any time.

Southampton are vying for a place in the top four right now (they’re one point shy of fourth placed Leicester), while Sheffield United remain rooted to the bottom of the league table.

Indeed, the Blades suffered another heart-breaking defeat after a last gasp goal from Jamie Vardy for Leicester a week ago. It’s difficult to see Chris Wilder’s men recapturing the happy, carefree days of the previous season any time soon – and certainly not against a Saints side that have won three of their last four home games 2-0.

A few weeks ago, that was the scoreline Southampton engineered against Man United for the first hour too, before United pulled off their remarkable comeback. We’re saying that Saints like to win 2-0 at home. If you’re happy simply to back the home win at 8/11 that’s perfectly understandable – but at 13/2, the slightly riskier 2-0 victory might be worth a second look.

Could Crystal Palace be the team to test Tottenham? Scarcely seems possible, but after their 5-1 thrashing of West Brom last week (er, four goals scored after Matheus Pereira’s sending off), maybe the Eagles are dreaming off bigger scalps to come.

But while Roy Hodgson’s side can occasionally deliver a surprising victory, their record against Spurs is not hugely encouraging. Palace’s last Premier League win came back in 2015; since then, there’s been 10 league meetings between the two sides, Spurs winning nine of them.

The exception was a 1-1 draw last time out, but given Spurs’ current fine form I’ll side with the visitors once again; Tottenham are just 3/4 to win the game, however. Intriguingly, four of the last six encounters between these teams at Selhurst Park have ended 1-0 to Tottenham; that outcome is 13/2 here.

There’s talk that the Cottagers aren’t as bad as early form suggested; Scott Parker may have noted that the similarly modest Brighton held Liverpool to a draw a few weeks back, and aim for a similar result against Jurgen Klopp’s juggernaut of a side.

Do Fulham have the gumption to keep Liverpool’s fit and firing attack at bay for ninety minutes, though? You’d suspect not. History is certainly against the West London side, who have racked up straight defeats in their last six encounters with the Merseyside team.

Yes, I’m suggesting Liverpool could beat Fulham, go figure, who’d a thunk it. The visitors are just 8/25 to take the win, though; but over 2.5 goals has come in at the previous three meetings at Craven Cottage, and is a 2/5 shot this week.

Combine that with a Liverpool win and you’ll get 13/20; you could even throw in a goal from Mo Salah at 3/4, (he’s found the net 9 times already in the Prem, scoring in each of his last two appearances in all comps), for a respectable 7/5.

Arsenal have lost their last three home games, and face Burnley on the back of an away day defeat to Tottenham. After the Spurs defeat, Mikel Arteta desperately sought the positives by pointing to the amount of crosses his side delivered – and in doing so, brought to mind David Moyes in his Man Utd pomp. Yipes.

In Arsenal’s favour this week is that Burnley are in a similarly bad place – though truth be told, Sean Dyche has coaxed four points from his last three matches. By comparison, the Gunners have earnt one point (and scored one goal) in their last four league games.

Arsenal surely have the personnel to overcome a Burnley team that has never won at the Emirates – but currently, not the mindset, perhaps. If the visitors can get something from this game, what does that say about Arteta’s ability to galvanise his troops?

The draw is 3/1, and given Arsenal’s recent difficulties it wouldn’t be the greatest shock if this one ended all square.

The Foxes ended a four-game winless run in all competitions with that last gasp Jamie Vardy goal over Sheffield United last week, and Leicester may be too good for the visitors this week.

Brighton look tenacious enough, and have undoubtedly suffered some misfortunes of late – see the VAR penalty decision that went in Southampton’s favour on Monday – but the Seagulls have won twice all season in the Prem.

This fixture ended in a goalless draw last season, but Leicester haven’t drawn a single game yet in the current league campaign. Leicester to win at 21/20 seems a decent price.