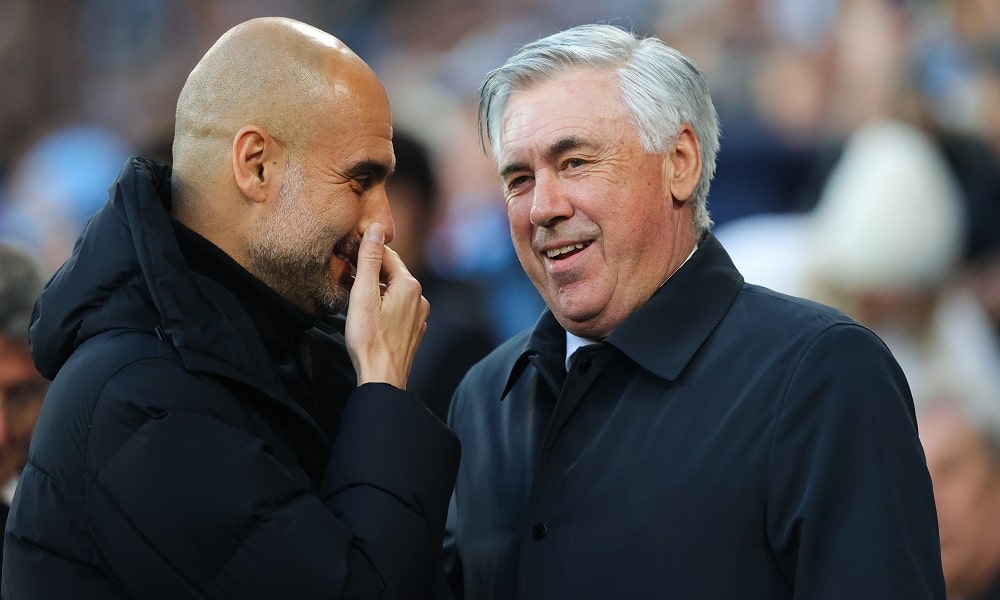 Two-nil down after 11 minutes, Real Madrid looked in a world of hurt against Man City in the first leg of this semi-final. But with the score finishing 4-3 in City’s favour, Real fought their way back into this tie in breathtaking style.

Can the hosts serve up a similarly spectacular second leg on Wednesday – and ruin Pep Guardiola’s hopes of Champions League glory?

Real always seem capable of clawing their way back

Real clinched their 35th La Liga title with a 4-0 win over Espanyol this weekend. But they also have a somewhat mixed record at the Bernabeu recently, losing 4-0 to Barcelona back in March in La Liga – and getting turned over 3-2 by Chelsea in the Champions League last month.

That scoreline saw Real prevail, having won the first leg 3-1 at Stamford Bridge. And Real have blown hot and cold throughout this season’s CL campaign, notably losing to FC Sheriff back in the group stage.

But Real – or one specific Real player, anyway – has also hit top form at crucial moments. Karim Benzema scored a hat-trick against Paris Saint-Germain, beating opponents who’d been two goals ahead with half an hour left to play.

This Real team always seem capable of clawing their way back from the edge of the abyss. Can Carlo Ancelotti lead Real to another colossal comeback, one eyebrow arched ironically as his side shrug off City?

Benzema is begging to be backed

City are undoubtedly a wonderful side – but they do occasionally put a foot wrong. And with just one goal in this, the game is not done. Real Madrid to win the match in 90 minutes at 23/10 is worth a look. Real to go through at 10/3 is similarly conceivable.

And Benzema is begging to be backed, with 18 goals in all comps since mid-February. That’s 13 games, and in only two of those matches has he failed to find the net.

Benzema is 9/2 to grab the opener, 6/5 to find the net at any time – and 7/1 to score at least two goals. He’s achieved that feat in three of his last four Champions League appearances.

Continue Reading
You may also like...
Related Topics:featured, Real Madrid vs Man City