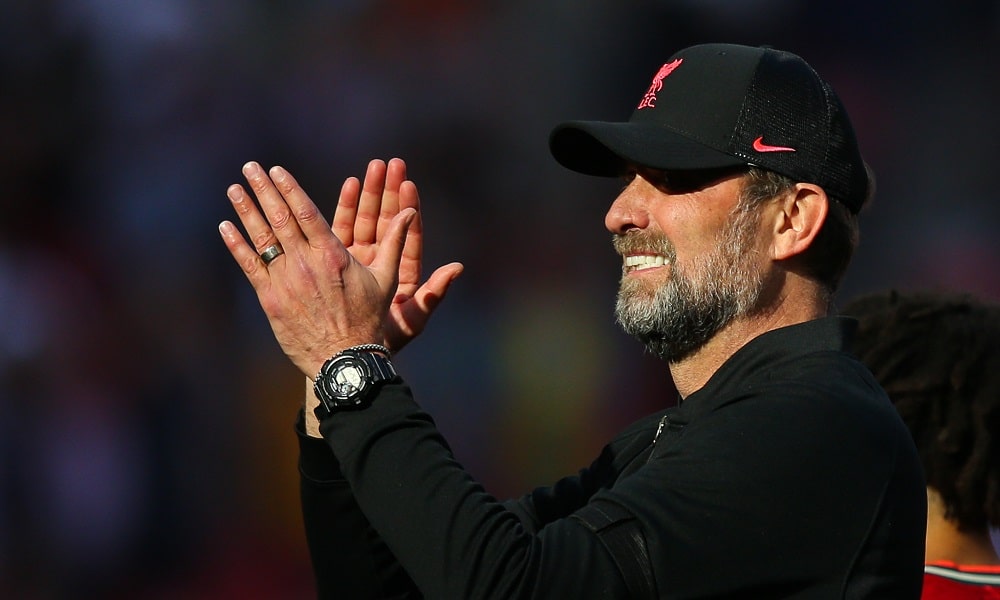 Brentford have generally been in decent shape in the last few months, despite the 3-0 defeat to Man United last weekend. And in Saturday’s lunchtime kick-off, Thomas Franks’ side host a Southampton team that have won once in their last ten matches.

The Saints are seeing out the season in fairly unremarkable fashion – but will they rouse themselves for this one? The Bees haven’t conceded a single goal in their last three home games, so a home win could be on the cards once more. And Brentford to win to nil is available at an appealing 29/10.

Burnley have won three Premier League games on the bounce. Their hopes of avoiding the drop will be bolstered if they can beat an Aston Villa side that had played five without a win before their victory over Norwich last week.

Steven Gerrard’s side effectively did the minimum required in turning over the Canaries. But Burnley have got a bit of fire in their belly now, and they’ll be facing Villa twice in the next few weeks; with relegation still a legitimate fear, they’ll want to win at least one of those matches.

One angle potentially worth exploring could be Villa’s tendency to concede early – 22% of league goals scored against them this season have come before the 15th minute.

The last two meetings between these two sides have been goalless; will either team be able to break that cycle on Saturday?

The Blues’ uncertain future seems to be having an effect on team morale – but Thomas Tuchel’s team did at least win their last home game, against West Ham. Wolves, meanwhile, got turned over 3-0 at home in their last game and have been defeated in four of their last five.

Chelsea to win to nil is available at 10/11. Wolves haven’t scored in their last three matches…

Defeat here would mean relegation for the Hornets – and the club are on a run of five defeats. Roy Hodgson’s decision to return to management has proved dispiriting for all involved. Can he somehow stave off the drop to the Championship as he faces his old club on Saturday afternoon?

Palace are unbeaten at Selhurst Park in their last four outings in the Prem, conceding just one goal in that sequence. They held Man City to a draw and beat Arsenal – chances are they can probably take three points against a Watford side that have won just twice in 2022.

Wilfried Zaha scored twice against this side when the teams met earlier this season, in a 4-1 win for Palace. Back Palace to win and Zaha to score in a double at 21/10.

Man United put in a decent showing against Brentford last weekend. Yes, look impressed. So can the team acquit themselves similarly well against a Brighton side that enjoyed a 3-0 victory of their own last week, albeit on the road against Wolves?

United have several players missing, and have lost their last three away games. Ronaldo has been scoring plentifully in recent weeks, but the ageing striker has been a rare bright spot for United under Ralf Rangnick’s stewardship.

That said, the Seagulls have been more convincing on the road than at home; at the Amex, the south coast team haven’t won since Boxing Day. This could end up being another draw, which is a 49/20 shot.

The pressure just doesn’t let up for Liverpool. After the rollercoaster of their Champions League encounter with Villarreal in the week, Klopp’s side daren’t let the intensity drop as they stay doggedly on the heels of Man City.

There’s no question that this late evening kick-off could prove dicey for the hosts.  On their day, Tottenham pose a real threat; they beat Man City at the Etihad back in February, after all. But if Son, Kane and co are not at their most clinical, the Merseyside team can surely seize the impetus.

Conte can perhaps take some cheer from the fact that each of his previous two visits to Anfield have ended in draws. A point earned here would be pretty decent for Spurs – and potentially disastrous for Liverpool.

Of course, there’s a strong chance City won’t drop another point before the end of the season anyway, rendering all Liverpool’s efforts meaningless – but let’s not tug that thread.

Surely, Liverpool will not screw up their chances of winning the Premier League at this stage. In each of the three previous seasons, Klopp’s team have beaten Spurs at Anfield 2-1. That outcome is a 7/1 shot this weekend. Harry Kane, who has scored four times in seven previous visits to Anfield, is 47/20 to score at any time.

Continue Reading
You may also like...
Related Topics:featured, Liverpool vs Tottenham, Premier league