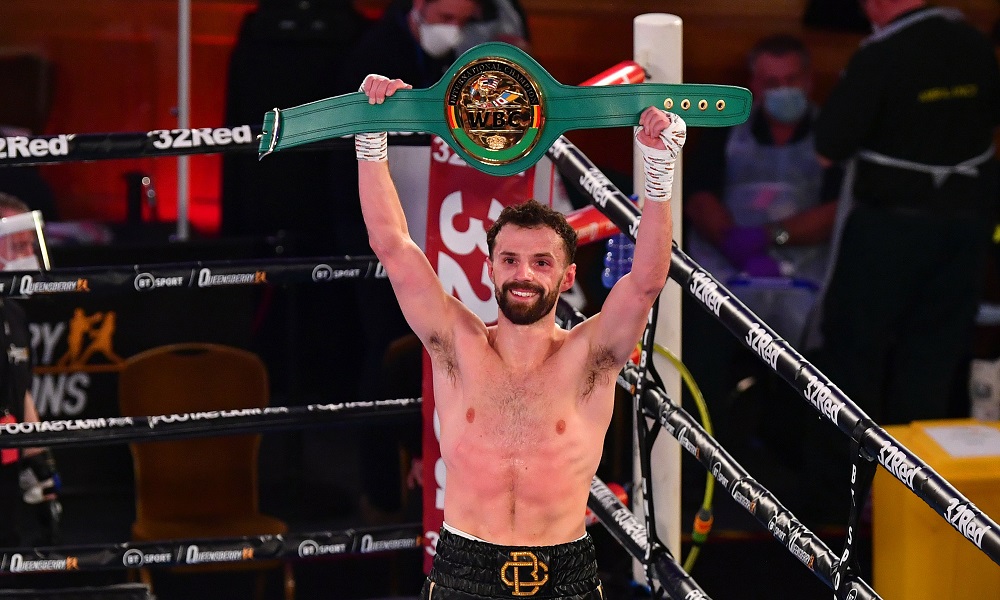 Chris Bourke exclusive: To be remembered, you need knockouts

You can’t always believe what you see in boxing. Titles can be conjured out of thin air and records are created using sleight of hand. One man who hasn’t had his career stage managed is Streatham’s Chris Bourke.

Bourke (10-0, 6 KO’s) fights Marc Leach for the vacant British super bantamweight title on Friday night and, yet again, he has a real fight on his hands. He wouldn’t have it any other way. For all the latest fight odds, visit our sportsbook.

Chris Bourke is “in this game to win belts”

“We train so hard that what’s the point in fighting somebody who I know I’m going to blow out in two rounds? I’m in this game to win belts. I’m not gonna do that if I’m fighting nobodies,” Bourke told 32Red.

“This will be my 11th fight and I’ve won the Southern Area title, should have won the English and I’ve won a WBC International title and defended it. That’ll be four title fights already. I feel like my career is going in the right direction. It hasn’t been easy. I haven’t been boxing journeymen. I’ve been fighting people who have believed that they can beat me.

“When you do have a tough round you’re used to it. I feel like some boys might be so used to winning every round that when they do suddenly have a tough one they might be a bit panicky.”

Bourke trains at the Peacock Gym under the watchful eye of Martin Bowers. The gym operates on the belief that their boxers are trained properly and should have no fear or hesitation in getting themselves involved in a ‘proper’ fight when the time is right.

Fighting for the famous Lonsdale belt

Bourke will be contesting the famous Lonsdale belt with Leach. The 17-1 ‘Livewire’ from Salford would dearly love to have been matched with the level of opposition Bourke has. The 27 year old turned professional more than seven years ago but his elusive southpaw style has made him one of the most avoided fighters inhabiting Britain’s lower weight divisions.

Bourke and his team leapt at the chance to take him on. 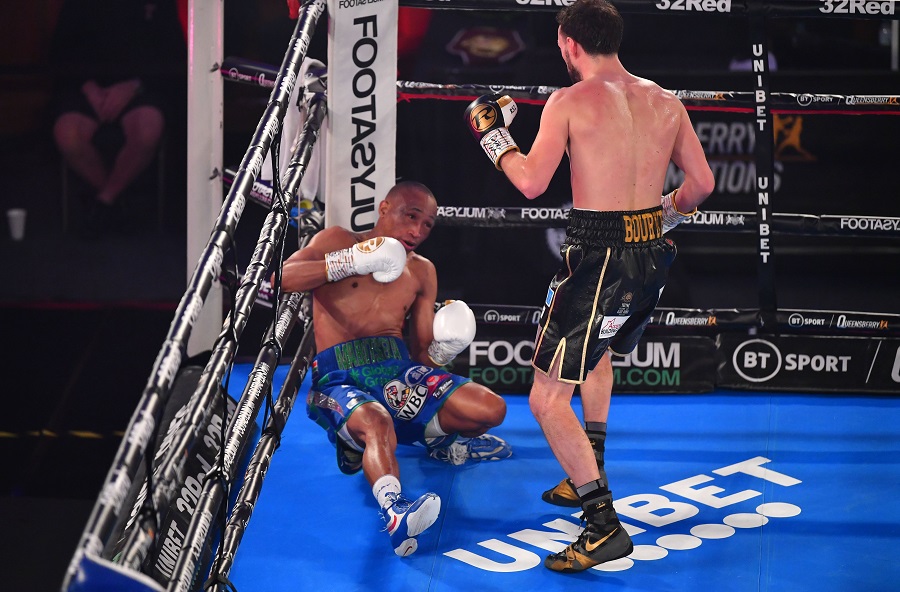 “I think they [my team] just know I’m gonna say, ‘Yeah’. Especially for the British title. I’m pretty sure they had no doubts about it. Even just to say you’ve boxed for a British title is an amazing thing. I’m so excited and I’m gonna do whatever it takes to bring it back to Streatham,” Bourke said.

“Leach has got a really tricky, not very nice style. He’s the type of fighter who it’s hard to look good against. He’s got a good amateur pedigree and stuff though and he has some good wins on his record.

“It’s gonna be about not getting frustrated I think. It’s about being professional. We’re gonna have a twelve round fight and have to do what I need to do to get the win.

“When you get frustrated you play into his hands a bit and that’s exactly what he wants. You have to stay disciplined and not fall into his traps.”

It is rare for a British super bantamweight to score as many early career knockouts as Bourke has. He hasn’t been preying on the vulnerable either. He has stopped rock solid journeymen used to surviving hard round after hard round and has also taken apart respected championship level operators like Louis Norman and Michael Ramabaletsa and ambitious fighters like Ramez Mahmood and James Beech Jnr.

The knockouts have given Bourke plenty of publicity but they may have also had another happy effect. Any rival choosing to focus on negating Bourke’s power may well fall victim to the boxing ability that saw him selected for Team GB.

“100%. You look on some of my fights and I’ll be boxing on the back foot. In others I’m on the front foot. Against James Beech Jnr I felt like I completely outboxed him. I do think it’s being overlooked but the fact that people are talking about power is good for me. It’s what people want to see. They want to tune in and see exciting fights. I’m not complaining.

“My dad would always tell me that a lot of little fighters don’t get rid of their opponents so if I want to be remembered I would have to get some knockouts. He’s been proved right so far.”

Continue Reading
You may also like...
Related Topics:Chris Bourke, featured