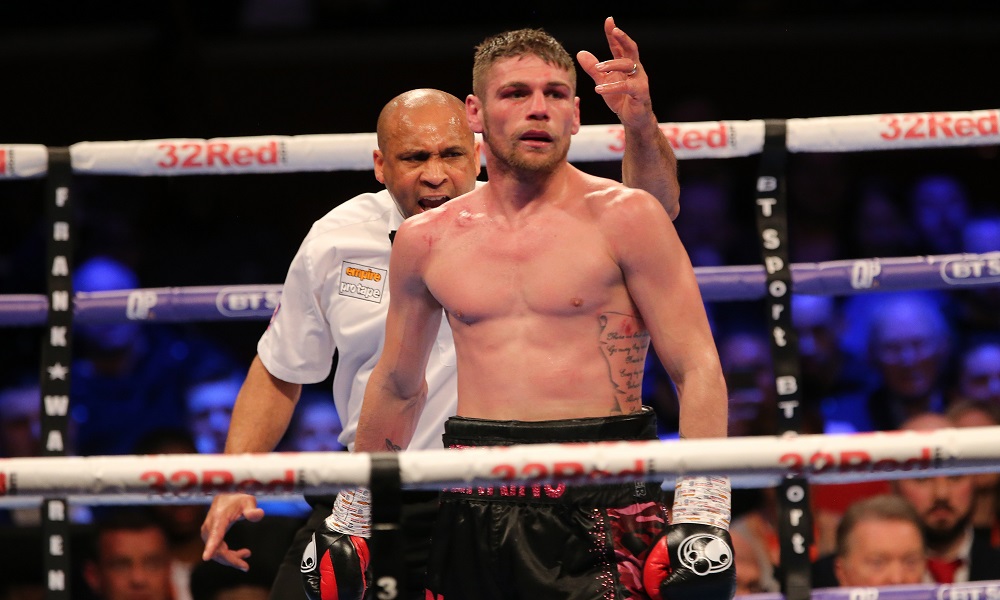 Alternately unable to get either an opponent or himself into a boxing ring over the past year, Chris Jenkins has discovered a new talent.

“I’m usually a commercial cleaner but I’ve put my skills to work as a painter. They call me ‘Vincent Van Jenks’ the painting boxer,” Jenkins told 32Red.

Apologies in advance but this is too obvious to resist. Jenkins (22-3-3, 8 KO’s) is hoping to create a masterpiece of his own at Wembley Arena this weekend.

“I’m gonna do a paint job on Ekow Essuman,” he told 32Red. For all the latest fight odds, visit our sportsbook.

Like people around the nation, the turbulent times have forced Jenkins to seek alternative employment but, finally, he will be getting back to what he does best and defending his British and Commonwealth welterweight titles against Essuman on BT Sport this weekend. The last time he was in the ring was way back in November 2019 when his fight with Liam Taylor came to an all too familiar finish, the vulnerable scar tissue above his eyes opening up and bringing an early finish to proceedings. Injuries and simple bad luck have been responsible for his lay-off with a damaged ear drum even causing this fight to be delayed but we’ve made it to fight week and – touch wood – Jenkins is as ready to go again.

“Due to my ear getting injured I’ve been ticking over and working because it’s difficult where I am trying to get sponsors on board. I’ve got a good manager in Mo Prior and a few companies got on board but I got a phone call I think 3 weeks out. I’m always in good shape and I’ve been sparring with Akeem Ennis Brown and Joe Cordina and a few lads in the gym but it’s been flat out since I got the phonecall. I did 10 rounds Sunday gone and a 36 minute straight spar with two different lads the other day. The fitness is there.” 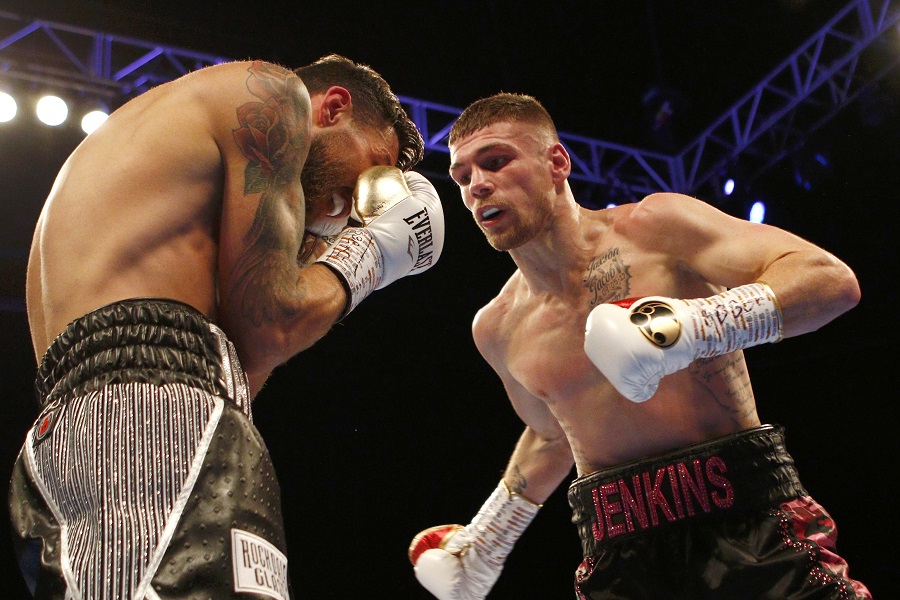 Cuts have caused four of Jenkins’ last six fights to end early but at 32 and having never been able to build real momentum since reaching British title level for the first time back in 2014 , he could be excused for applying the final touches to his preparations with more than a touch of caution. Not so. He has dispensed with the cotton wool.

“As far as I’m concerned I’m ready to go,” he said. “I’m always confident. I wouldn’t be in this game otherwise. I’m really looking forward to the fight. When you say protect myself, you mean against cuts I’m guessing? I don’t really get caught with punches. It’s always been head clashes. I obviously keep that in the mind but when I’m in there I have to be fully focused on what I need to do to beat him.”

Jenkins will need to be ready. Essuman is nicknamed ‘The Engine’ and can be strong and aggressive when his motor kicks into gear. Jenkins, however, has been operating at title level since before Essuman turned professional. He puts his punches together in classy bursts when he finds his groove and that extra bit of quality and experience could well prove to be the difference between the two fighters.

“I’m gonna jab his head off. It’s as simple as that. It won’t be a nice jab either. It’ll be a snappy jab. I’m not known as a knockout concussive puncher but I’m a hurtful puncher when I catch you and from looking at his record he isn’t a knockout puncher either. This has got the makings of a quality 12 round fight.

“Obviously he’s gonna say he’ll be better than me and my inactivity will play a part. Who knows? I’ve had 20 months inactivity – not my fault with fights falling through and injury – but I’m confident I’ll do the job. It’s not gonna be an easy fight for me and it’s certainly not gonna be easy for him.” 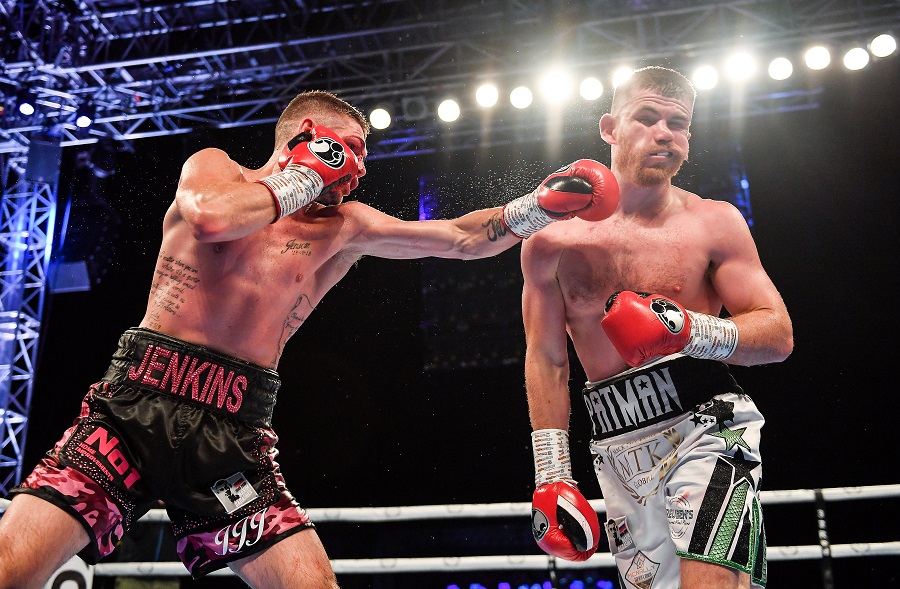 During the early part of Jenkins’ British title reign, barely a week would pass without a domestic welterweight calling his name. His absence has caused the spotlight to shift. Conor Benn is now targeting fighters at fringe world title level, Liam Taylor has been named as mandatory challenger for David Avanesyan’s European title and Michael McKinson is riding high in the WBO rankings. This weekend Jenkins can remind people that he is the boss at domestic level. There have been times of frustration and moments of doubt when personal tragedy tested his will and determination but those are behind him. It is time to attack the final part of his career.

“It’s up to them [to talk about him]. I’m on my own path and they’re on theirs,” said Jenkins. “If those paths cross then we’ll fight but at the moment my sole focus and all my energy is going on Essuman and winning this British title outright.”

“I knew I was going to fight again because I’ve got these belts. I’m not giving them up. I’ve been through so much shit with friends taking their own lives and I went through a bad patch trying to get through it but with the support of my wife and Gary [Lockett, his trainer], they’re two big people who made my dream of becoming a British champion a reality.

“Dreams are dreams and this fight will be a good one. Everybody can have their opinion on who will win but opinions are like arseholes. Everybody has got one!”

Josh Warrington exclusive diary: fans can help me back to the top
The experts weigh in – Joe Joyce