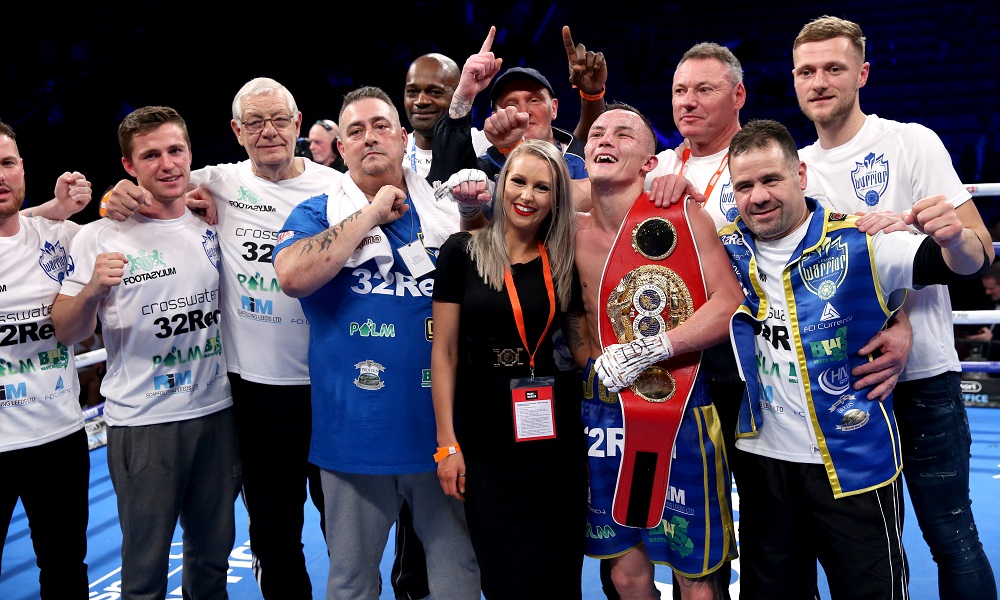 Exclusive: Trainer Sean O’Hagan with the latest on Josh Warrington

Sean O’Hagan and his closely knit team have based their success on “The 7 P’s.” Proper Planning and Preparation Prevents Piss Poor Performance.

Almost every boxer enters the ring having been forced to work through niggles or solve problems during the build-up to a fight but O’Hagan’s fighters all make that ringwalk confident in the knowledge that they have been prepared as well as possible. The method has worked perfectly so far with O’Hagan’s son, IBF featherweight champion and 32Red ambassador, Josh Warrington, a shining example of what can be achieved when every box is ticked during training.

The one thing that O’Hagan won’t be doing when boxing finally returns is rushing his fighters back into short notice make or break fights.

“I don’t care what anybody says, you can be out of the ring for a year and people talk about ring rust but I think it’s more about preparation,” O’Hagan told 32Red. “I think that’s the key element and part of that is good quality sparring with quality opponents. 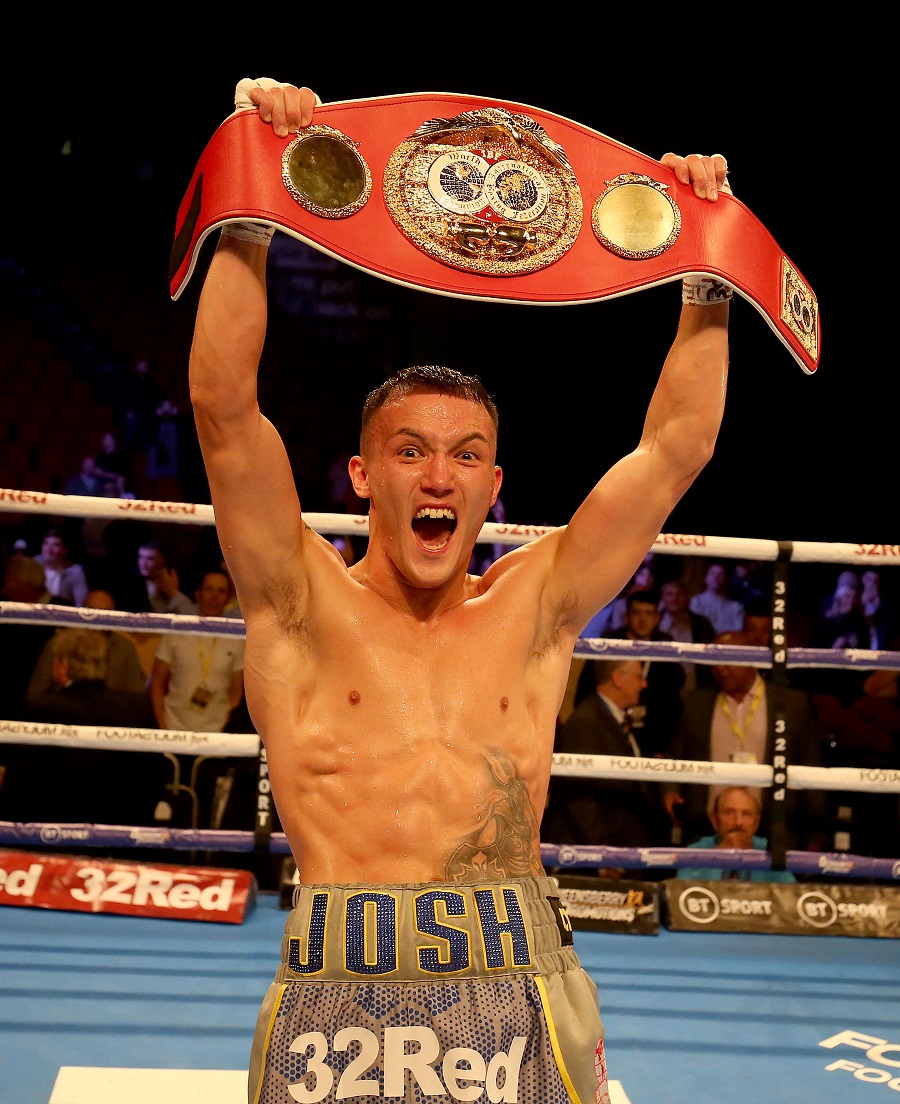 “We’re just been waiting for the okay to start the sparring. It’s the contact element of it which we’re missing. Regardless of what people say about boxing coming back, the thing they’re missing out is that there is preparation to be done and we can’t spar and if we can’t spar, we can’t fight. All of my lads have been ticking over and keeping in shape so it’ll be a case of getting them ring fit and doing some technique work and sparring them and then we’ll be ready to go whenever. I don’t think you can really plan can you?

“They have to get things sorted out. If that means having limited numbers in the gym then we’ve got enough quality in our camp to get on with it and get fighters like Reecey Mould and Maxi Hughes ready to go. It’s gonna be exciting when we come back because we’ve got some other good youngsters coming through sparring with us now.”

The situation will be different for Warrington. As one of Britain’s biggest draws, the prospect of pitching him into a unification fight in front of a smattering of fans won’t be particularly appealing to the powers that be. ‘The Leeds Warrior’ would be more than happy to disappear into a closed room with likes of Can Xu or Shakur Stevenson with the first man to emerge acknowledged as the world’s best featherweight but smaller crowds mean smaller revenues and smaller revenues mean smaller purses. It will be difficult to make a defining fight in the UK until the crowds can return. With Las Vegas’ famous neon signs beginning to flicker back into life and professional fight cards already taking place in Florida, after years spent chasing a fight in America it may be that the current situation has brought his dream closer. 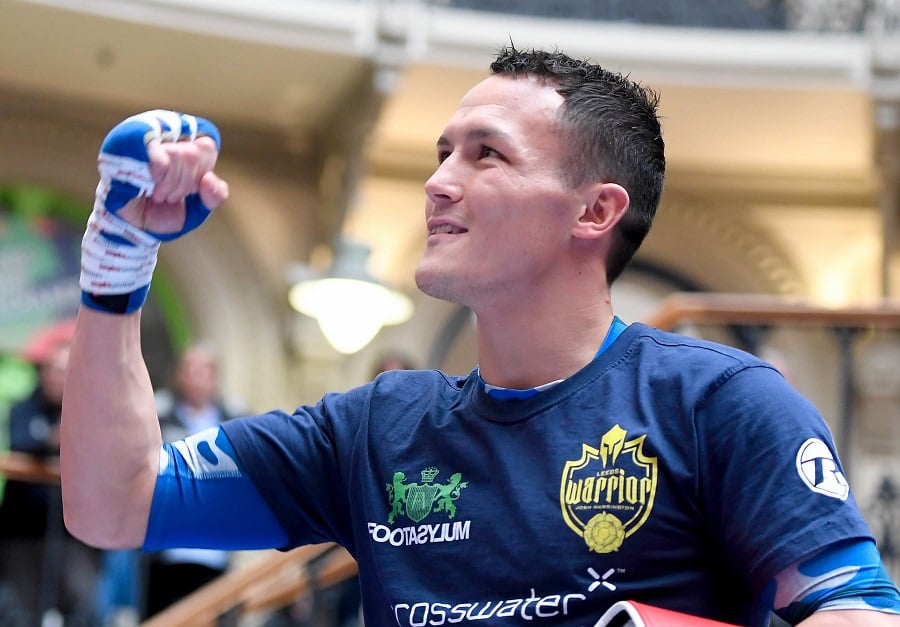 “Josh hasn’t taken his foot off the gas really,” O’Hagan said. “He’s been in the gym ticking over since all this started. We moved to a new gym that’s only a couple of minutes away from his house so he’s been lucky in that he can jog down, open up himself and he’s got everything he needs in there to get on with it really. He does need to drop off for a couple of weeks and have a break and then we can pick it back up again.

“It’s the crowds we’re gonna be missing out on isn’t it? We’ll get back soon though. If we can get going again and get some momentum back I’ll be happy. I think you’re right and America will open before we do. We could go over there and do it couldn’t we?”

There is another option. The two rounds Warrington spent demolishing Sofiane Takoucht last October are the only competitive action he has seen over the past twelve months. The 29-year-old is slap-bang in the middle of his prime both as a fighter and a financial draw and the prospect of another keep-busy defence of his title would have made him recoil in horror at the turn of the year. However, nobody could have predicted how 2020 would pan out and now it may be the best way to build momentum and ensure that he goes into an eventual and inevitable unification fight firing on all cylinders.

“That’d do,” O’Hagan said. “There’s always an element of risk with warm up fights though. You might pick up an injury or something goes wrong that you’re not expecting. It might be that we don’t get a warm up fight and that we go straight into a unification but if we’re going to do that then our preparation has to be right.”