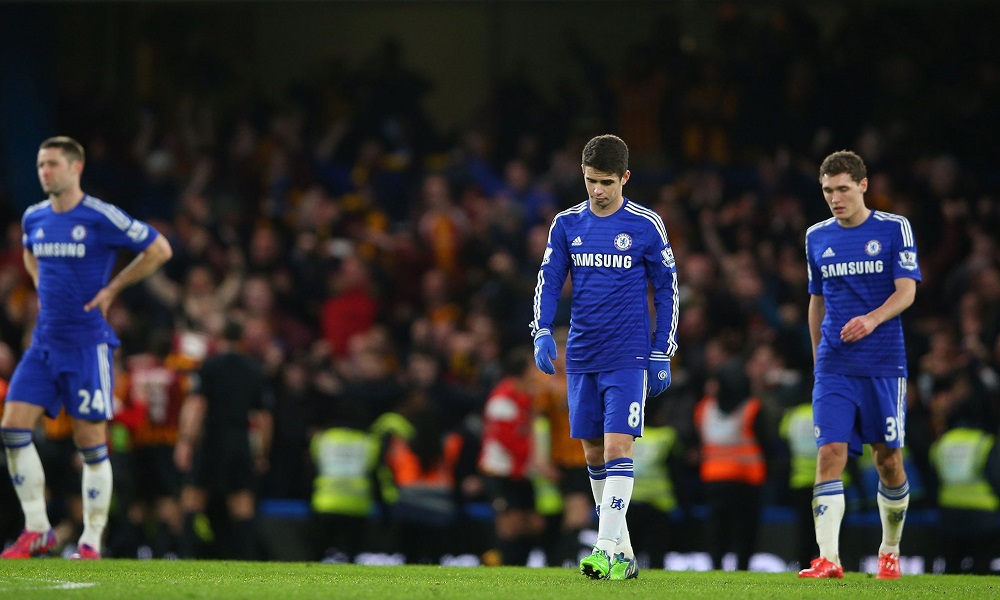 With Frank Lampard back at Chelsea, many Blues fans will be hopeful that the good times are just around the corner. That’s following last season’s struggles, with the West London side having to settle for, uh, third place in the Prem and Europa League glory.

Doesn’t sound so bad when you put it like that – still, Maurizio Sarri never really seemed to click with the Chelsea faithful. After one reasonably encouraging season in charge, the Italian has opted for an early exit, taking charge at Juventus – with Super Frankie Lampard making a hero’s return to the Bridge.

That’s the plan, anyway. Early days of course, but fun-time Frankie hasn’t had much go right for him so far; for his opening match in the Premier League, Lampard saw his side suffer a 4-0 defeat to Ole Gunnar Solsjkaer’s Man United, and next up, it’s another potentially humiliating encounter with Liverpool in Istanbul in the Super Cup. For all the latest Super Cup odds, visit our sportsbook.

If Frank wants to cheer himself up though, he should bear in mind that there have been plenty of other iffy moments for Chelsea over the last few years. Here, then, are some of the Blue’s most abysmal encounters of recent seasons. 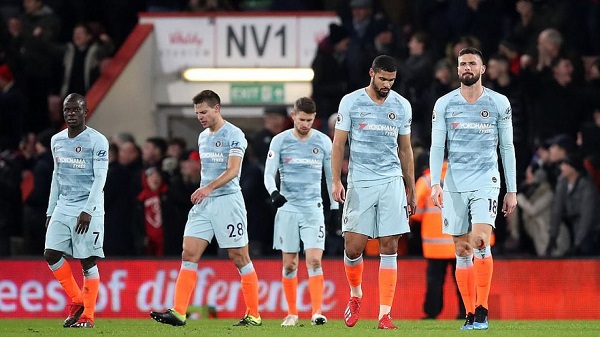 A few weeks after this debacle, Chelsea would suffer a 6-0 thrashing at the hands of Man City – but on the basis that City are capable of handing out that kind of result even against the best of sides, this Bournemouth humbling gets the nod over the City savaging.

This wasn’t the first time the Cherries had turned over the West London side in recent years; in the previous campaign, Howe’s team had won 3-0 in Chelsea’s own backyard. But it was results like this that saw Chelsea fans turning against the inflexible Sarri, who sat there scribbling on his notepad as his star-studded Chelsea side took a shoeing at the hands of the south coast side. After the match, Sarri would admit that there was a possibility that “I am not able to motivate these players.”

The motivation of the home side was not in doubt, however. Joshua King scored twice and set up another, with David Brooks and substitute Charlie Daniels – scoring almost immediately after coming on – also finding the net for a very one-sided victory. In fairness, Chelsea had been unlucky not to go ahead in the first half – but with Bournemouth’s goalkeeper Artur Boruc putting on a bravura performance, in the second half it was time for Bournemouth’s attack to shine. 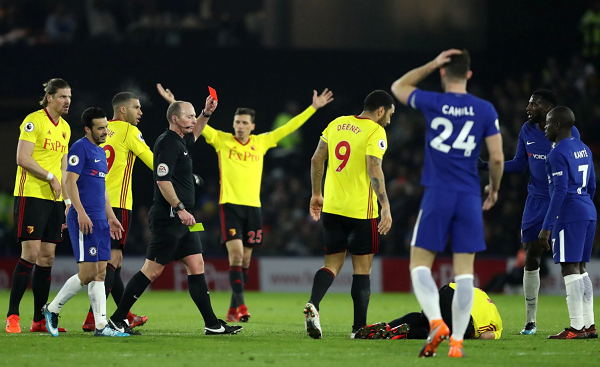 Watford might be one of the less fashionable sides in English football, but new manager Javi Gracia’s first home game in charge of the Hornets is a match that the Spaniard will always remember.

Antonio Conte saw his side reduced to 10 men after 30 minutes, thanks to Tiemoue Bakayoko’s two yellow cards incurred during a generally calamitous performance. And  Watford would take the lead on the 42nd minute, courtesy of a (scarcely deserved) Troy Deeney penalty.

Yet Watford’s slender lead was erased in the 82nd minute, as Eden Hazard scored for the visitors with a fine curled goal from outside the box. If that felt like a cue for everything to go wrong for the home side, they responded quickly, Darryl Janmaat scoring a fine effort in the 84th minute, with Gerard Deulofeu and Roberto Pereyra adding third and fourth goals to stun the out-of-sorts Chelsea. 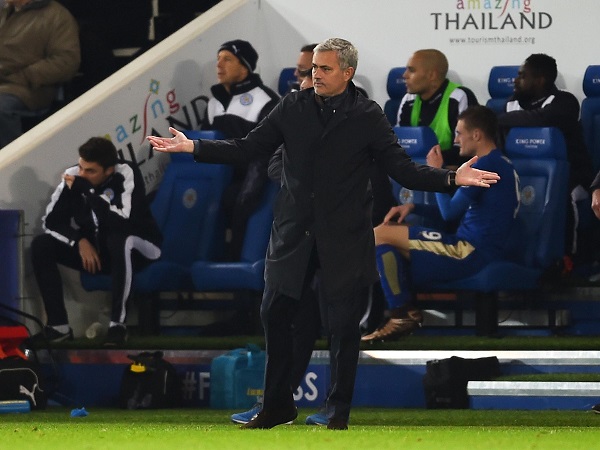 This was the famous league campaign where Leicester beat the odds to win the title; this was the first of the big dogs that the Foxes had overcome in that season, having drawn to Spurs and Man Utd and losing to Arsenal earlier in the campaign.

Riyad Mahrez and Jamie Vardy linked up for Leicester’s first, with Mahrez adding a fine second. Chelsea would claim a consolation from Loic Remy, but the reigning Premier League champions weren’t able to build upon that goal, and Claudio Ranieri’s side returned to the top of the Premier League with this win.

A decade earlier, Ranieri had been replaced as Chelsea manager by Jose Mourinho, during the Portuguese’s first stint in the Premier League – but Ranieri was surely far too much of a nice guy to take any satisfaction in the knowledge that just days after this performance, with the Blues 16th in the table, Chelsea sacked Mourinho. 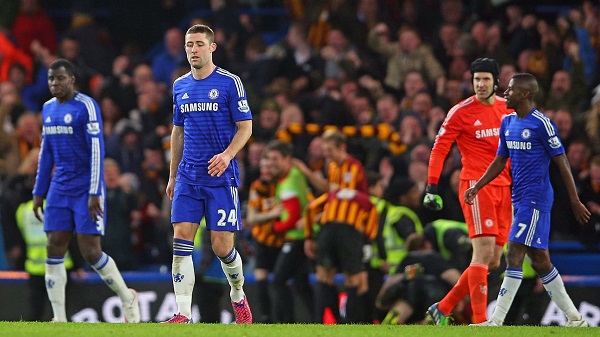 In the run up to this game, Jose Mourinho had suggested losing to Bradford would be a “disgrace”. Not for the first time, Mou’s words would come back to haunt him. In this FA Cup clash at Stamford Bridge, Chelsea took the lead from a corner through Gary Cahill, with Ramires making it 2-0 to the home side.

But the League One side would come roaring back, John Stead shooting from just inside the 18 yard box to beat Petr Cech in the 41st minute – and provide the catalyst for an unlikely comeback. An unmarked and delighted Morais tapped home the equaliser with 15 minutes still to go, and Andy Halliday would make it 3-2 in the 82nd minute.

With the Blues desperately searching for a goal that would level the scores, instead Bradford made it 4-2, Mark Yeates’ stoppage time goal dumping Mourinho’s side out of the competition. A night to savour for the Bantams, and kudos to manager Phil Parkinson, too.