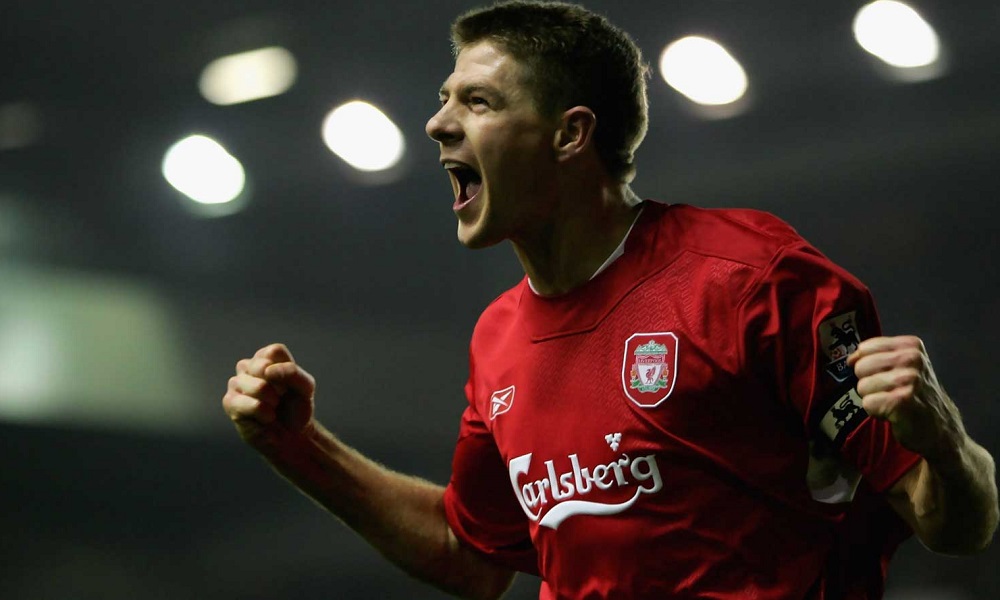 Opening our series of tributes to some of our favourite players, we’re kicking off with a certain living Liverpool legend…

He’s captained his hometown team and his country. Led his side to FA Cup glory in one of the greatest finals ever. Inspired one of the most improbable Champions League comebacks ever.

We’re talking Steven Gerrard, of course, and you almost certainly know the story – still, it’s worth retelling. At Liverpool’s first Champions League final since the mid-eighties, the side were aiming to win the competition for the fifth time in their history – but AC Milan were formidable opponents.

Favourites before the game started, Milan immediately demonstrated their prowess with a goal from captain Paolo Maldini inside the opening minute. If Liverpool were hoping to rally after that immediate setback, the news didn’t get much better. Hernan Crespo scored two further goals in a five-minute spell at the end of the first half, to set up what was looking dangerously close to a humiliation for the English side.

No matter, though, because 3-0 down with 45 minutes to go, Gerrard would pull one back for the beleaguered Liverpool side in the 54th minute – triggering a six minute spell of mayhem. Vladimir Smicer added a second, before Gerrard was fouled by Gattuso in the box, Xabi Alonso scoring the resulting penalty to make the score all-square. 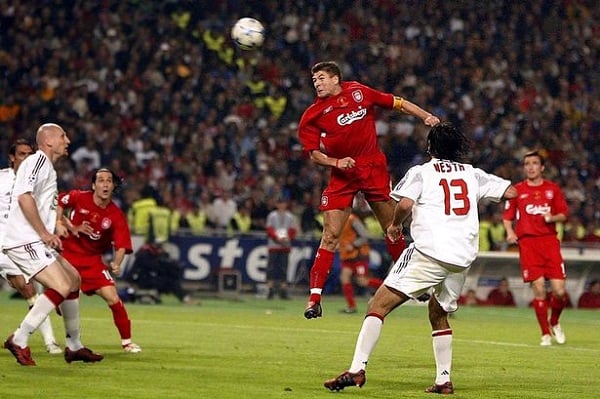 The deadlock would remain unbroken at full time, with Jerzy Dudek keeping Liverpool in the game during extra time with a crucial double-save towards the end. A penalty shootout would be required to settle the outcome, and with both Pirlo and Shevchenko denied by Dudek, Liverpool would finally win a Champions League final that had looked beyond their grasp. Gerrard hardly inspired his side single-handedly – but his excellent second half performance was hugely significant in Liverpool’s fightback.

With such an iconic performance, perhaps it’s no surprise that Lionel Messi once described Gerrard as “England’s greatest ever player.” But Stevie’s reputation doesn’t hinge on that one game; after all, he himself names the second goal he scored against West Ham in the 2006 FA Cup final as “probably his greatest”.

It wasn’t like this match was a cakewalk for the midfielder, either. Having provided the assist for Liverpool’s first goal, then scored a fine goal of his own to bring his team level with the Hammers, 2-2, Gerrard had to suffer the indignity of seeing West Ham take the lead once again through a flukey Paul Konchesky cross that somehow found the back of the net.

Lesser men would have crumbled in the face of such a twist of fate. But Gerrard kept going, volleying home a 35-yard screamer in stoppage time to level the scores once more. Once again the game would go on to extra time and then penalties, with Gerrard, inevitably, amongst the penalty scorers – and Liverpool, similarly inevitably, the ultimate victors. 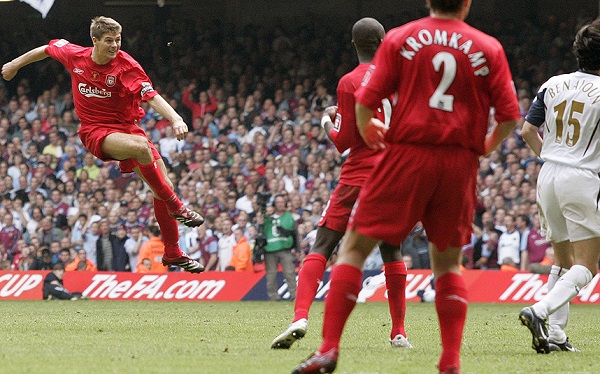 These are two remarkable, standout games – but Gerrard’s career is littered with special moments, like his strike against Olympiakos in the dying minutes that prevented Liverpool from bowing out of the Champions League in December 2004 – thus ensuring the team would remain in the competition. We know how that turned out.

Or scoring a hat-trick against Everton – on the day David Moyes celebrated his 10th year in charge of the club. Or when Gerrard scored against Man United at Old Trafford in March 2009, helping to inspire a 4-1 victory over Liverpool’s bitterest rivals – and planting a kiss on the lens of the TV camera to celebrate.

Not that it was all fun. Speaking to the Guardian’s Donald McCrae in 2018, Gerrard admitted: “So many lives are affected by what happens on the pitch. Of course I loved it but that intense pressure is powerful.”

With Gerrard embracing the second part of his career as a football manager at Scottish giants Rangers, the pressure remains. Is he strong enough to face that pressure – and overcome it for even more glory?

Don’t bet against it.

In 710 appearances for Liverpool, midfielder Gerrard scored a total of 186 goals. The player remained on Merseyside for almost his entire career, despite interest from Jose Mourinho’s Chelsea, as well as top European clubs like Real Madrid and Inter.

Away from Liverpool, Gerrard would spend 18 months in the USA at the end of his career, playing for LA Galaxy. He was also a key part of England’s so-called Golden Generation, scoring 21 goals for the Three Lions in 114 appearances. 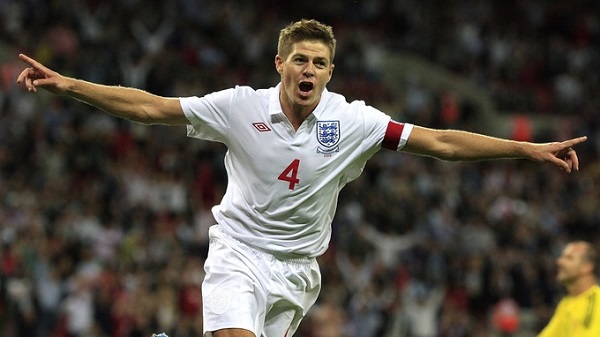 Liverpool never managed to win the Premier League during Gerrard’s time at the club; indeed, at the time of writing the Merseyside team are still looking for their first league championship since 1990, before the advent of the Premier League.

When football’s most famous sides suffered their worst ever losses part 2
Is an early exit for Solskjaer from Man Utd already inevitable?