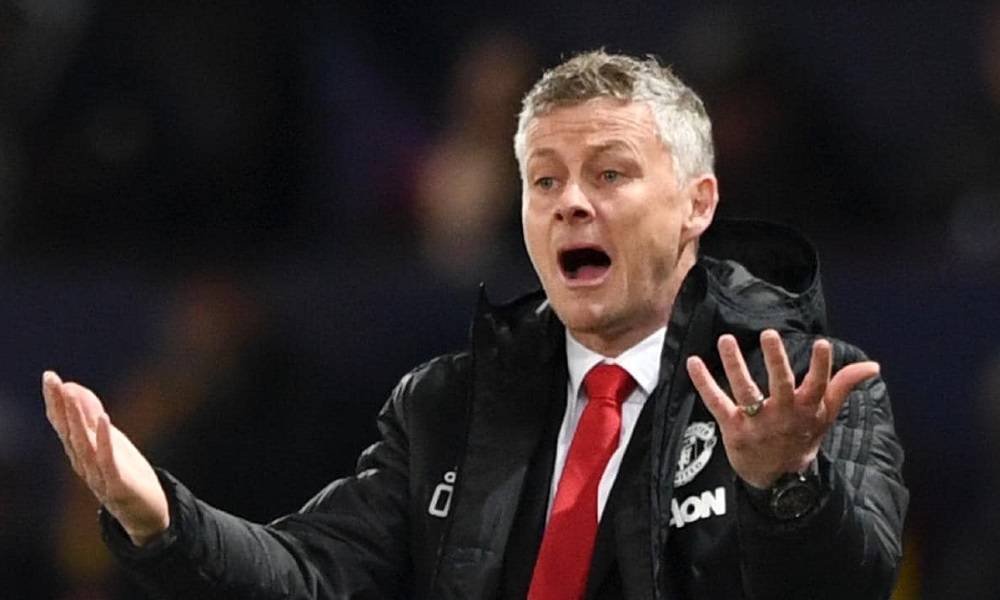 Is an early exit for Solskjaer from Man Utd already inevitable?

Four games into the season, Ole Gunnar Solskjaer already looks like a manager on borrowed time.

How has it gone so wrong so quickly for the man at the wheel? When Jose Mourinho left Manchester United off the back of a series of poor performances back in December 2018, Solskjaer seemed the saviour that United fans had been crying out for, a sugar spun brother following Mou’s Mean Mr Mustard act.

Where Mourinho had dealt in gloom and self-grandeur, picking fights with his players and writing off the club’s chances of winning the league before the season had even begun, wide-eyed Ole seemed cock-a-hoop just to be back at Old Trafford, the caretaker manager burbling inconsequentially in press conferences about having “literally a dream job” while paying endless tribute to his mentor and former manager at the club, Sir Alex Ferguson.

In such thrall did Solskjaer remain to his old boss, the Norwegian apparently refused to park in his manager’s space at the training ground car park, on the basis that the space still rightfully belonged to Ferguson.

Depending on your outlook, you might find such a display of respect endearing. Or you might be reminded of a particularly annoying schoolboy finding yet another chance to suck up to the headmaster.

Still, whatever your view on Ole’s eccentricities, the United fans couldn’t give a monkey’s about the finer detail. After the miasma of Mourinho, they were just happy to have a man on board who was winning. And Solsjkaer’s Man United were winning, alright; eight wins on the spin, 12 games unbeaten in the Prem – all of which helped to earn a permanent three-year contract for the new manager.

Which was spectacularly bad timing from United, since it was around this time that the new manager bounce was giving way to the Solskjaer slump. Since Solsjkaer inspired an unlikely (and credit where its due, thrilling) victory over Paris Saint-Germain in the Champions League, United have only won three times.

That run has seen United beaten 4-0 by Everton at Goodison Park, and have to settle for a point at the relegated Huddersfield in the penultimate game of last season. If that seems pretty bad, things got worse; for their final game of the previous campaign – at Old Trafford, no less – United were beaten by another relegated team, Neil Warnock’s Cardiff scoring a 2-0 victory over the shamefaced home side.

After the blessed relief of the closed season, Solskjaer got an emphatic win under his belt with the advent of the new season, United winning 4-0 against Chelsea, who looked gung-ho but perhaps a tad naïve under new boss Frank Lampard – remind you of anyone?

Since then United have been held to draws by both Southampton and Wolves, and more notably beaten 2-1 by Crystal Palace at Old Trafford. Perhaps the problem goes far beyond Solsjkaer – after Alex Ferguson’s years of refusing to settle for second best, it’s tough for any one man to remould this club in his own image.

Mourinho might annoy – but there’s no denying his achievements

Hand-picked successor David Moyes was out of his depth; legendary Dutchman Louis van Gaal won the FA Cup but it wasn’t enough – and serial winner, Jose Mourinho, divisive but unquestionably an astute tactician, couldn’t take Man Utd to the top of the Premier League.

Instead Mou guided them to second place – a feat he called the greatest of his managerial career. Doubtless this was supposed to be a pointed comment about the players and resources available to him, but it also highlights the difficulty of Solsjkaer’s job. Mourinho might annoy the bejesus out of many, many people, but there’s no denying his ability to win trophies.

In the short term, Ole might have replaced Mourinho’s endless complaints with an upbeat, can-do attitude. But Solsjkaer is inexperienced, certainly at this level; his previous foray into the Premier League saw his side Cardiff relegated, with the Norwegian departing his post less than a year into his contract with the Welsh side. Long story short? He’s not cut out for this.

When the current international break ends, Man United’s first game back will see them host third-placed Leicester, unbeaten so far this season under Brendan Rodgers. The Foxes may have something to prove as they face off against a United line-up including Harry Maguire, the man they sold to United in the summer for £80 million. Would it really be a shock to see the Midlands side earn a point or even take all three in this encounter?

With visits from Arsenal and Liverpool to come in the next few months and a tricky long-distance trip to Kazakhstan in the Europa League, forget Ole being at the wheel – will he even be in the driving seat by Christmas? At the moment Man United look more like a slow-motion car crash.