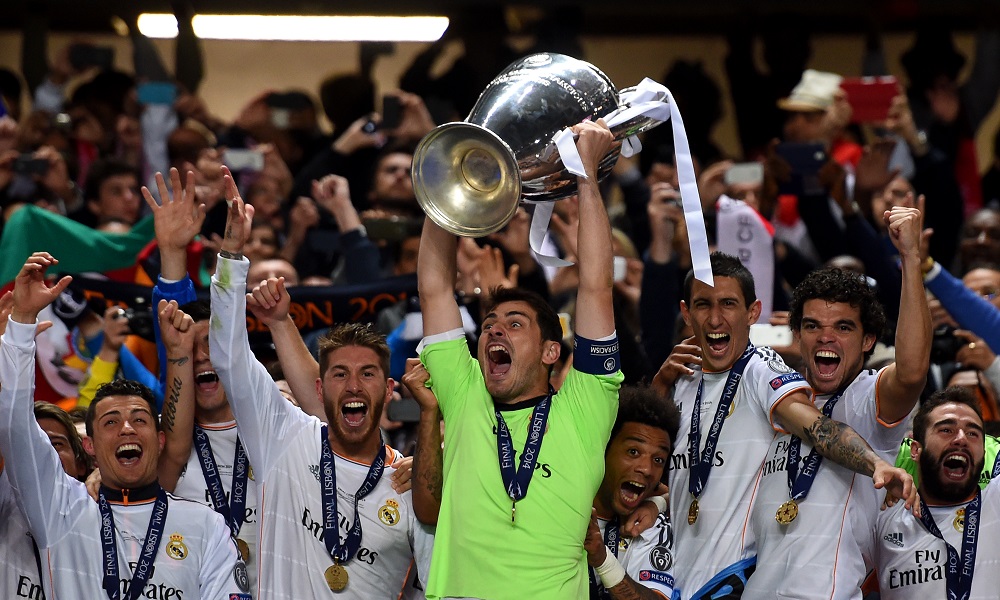 Iker Casillas: Portrait of an icon

Iker Casillas; captain, leader, legend. As Iker recovers from a heart attack, we’re wishing the great man a speedy recovery – and revisiting exactly what it is that makes him such a giant of the game.

When Casillas made his break through to the Spanish international side, one local journalist wrote of the goalkeeper: “Iker’s not human. The day he came to earth, light shone upon his house like at the gate of Bethlehem when Christ was born.”

If the biblical comparisons seem a little excessive, in footballing terms Casillas has definitely attained deity-status – even if Jose Mourinho might disagree. The manager famously fell out with Casillas during Mou’s stint at Real Madrid, though there’s little doubt that the majority of Madridista’s are firmly in Casillas’ corner.

And why not? A 25-year man at  Real Madrid (he arrived at the club aged nine!), during his time with Los Blancos Casillas won five league titles, three Champions League trophies, and assorted other honours.

He also captained Spain during the most successful period in the nation’s history, winning the Euros twice, in 2008 and 2012, and the World Cup in 2010; not a bad haul. For the record, he’s also won the league with Porto since moving to Portugal’s Primeira Liga – and this season, he’s continued to impress, conceding just 19 goals in the 31 league matches he’s played.

Casillas has also had the most appearances in the history of the Champions League, 176 in total – 150 for Real Madrid, 26 for Porto. His 725 appearances for Real Madrid is the second highest in the club’s history. Let’s face it, the dude is something special – and he’s a down-to-earth sort with it, which just adds to his hero status.

Clearly, from a young age Casillas has had it about him not to be overawed by a big occasion. The 16-year-old Casillas was called upon while at school, told to ditch his lessons in order to prepare for a last minute dash to Norway; Real Madrid needed him to take a place in their squad for a Champions League match.

A couple of years later, at the age of 18, Casillas would eventually make his Champions League debut; that same season, four days after his 19th birthday, he would become the youngest ever goalkeeper to play in the Champions League final – and finish on the winning team. Two years later he would repeat the trick – for a haul of two Champions League trophies before he was 21 years old.

In his own words, Casillas has always had ambition. On his self-belief as a youngster he says he never had any doubts about his future. “Since the time I was 12 or 13, I knew that I would make the first team,” he told one interviewer in 2011. “When I went with my father to the Bernabéu, I thought that one day I could play there.”

Turned out he knew his onions. To one of the best in the business, and one of football’s nice guys, get well soon Iker.