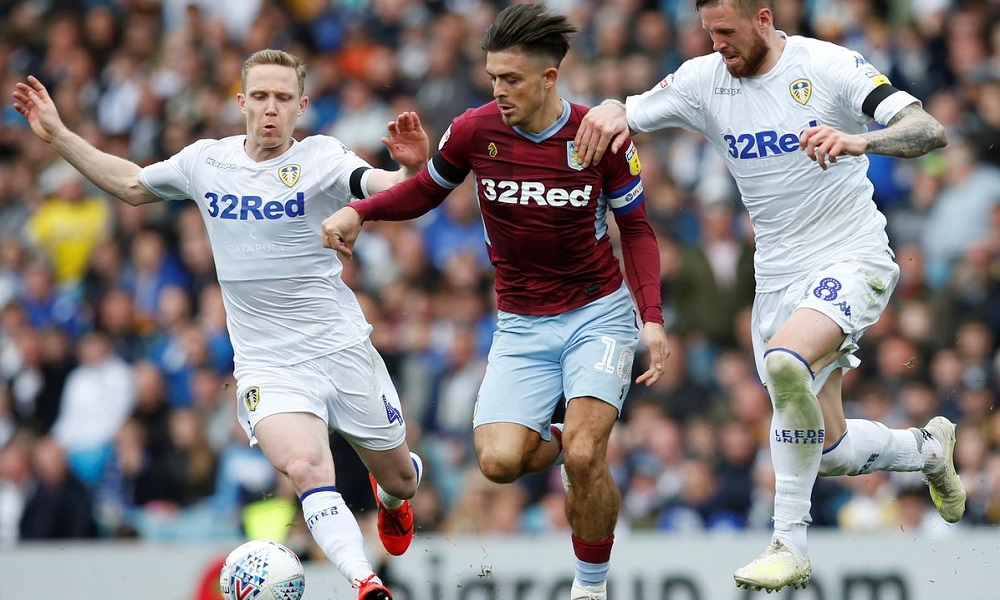 Championship Play-off guide – who goes up?

The Championship season may almost be over – but there’s still the hugely important question of which team is going to go up to the Premier League via the Play-offs.

Leeds United, Aston Villa, Derby County and West Brom are the four sides fighting for the chance to play in the English top flight next year – but which side is best placed to clinch promotion?

Here’s our guide to the contenders.

The legendary (and legendarily quirky) Argentinian Marcelo Bielsa has inspired Leeds to one of their best seasons in years, the Elland Road faithful delighting in Bielsa-ball, together with Marcelo’s accompanying eccentricities.

An iffy spell at the turn of the year, plus physical or perhaps emotional fatigue appearing to settle in during the closing weeks of the season were enough to see the West Yorkshire side narrowly miss out on automatic promotion. But if that disappointment has left fans and team alike understandably deflated, the players will surely rouse themselves now for this crucial crack at entry to the Premier League.

Former Villa player Dean Smith was heralded as “one of our own” when he joined the club in October. And while Villa’s form has been indifferent for much of the season, a stellar run of ten wins on the bounce in March and April saw the side advance up the table and into the playoff places.

That winning run was halted by Leeds, the two sides having to settle for a draw after a lively affair that will be remembered for Bielsa’s insistence that his team let Villa score an uncontested goal.

Regardless of the mayhem which that match is remembered for, the pre-Leeds winning run will have buoyed Villa’s confidence. Smith and assistant manager John Terry have unquestionably succeeded in bringing the passion back to Villa Park. Now, can they bring Villa back to the Premier League?

Derby needed a win on the last match day of the regular season to secure their spot in the play-offs – and they duly delivered, beating West Brom 3-1 to edge out an unlucky Middlesbrough by a single point for the last play-off place.

Frank Lampard’s Rams have dazzled and disappointed in equal measure in his first season in charge, scoring memorable League Cup performances against Man Utd and Chelsea, even knocking out Jose Mourinho’s United side.

For all that, the side have been beaten home and away by both Villa and Leeds this season. Still, Lampard’s side appears to have showed more consistency in the last couple of months, losing just once in their last 12 outings. They also finished their season with a win, beating fellow play-off contenders West Brom 3-1. At their best, they can surely provide a stern challenge for their rivals here.

The Baggies’ decision to sack Darren Moore in March with the side fourth in the league table was widely viewed as misguided.

But at least the side didn’t go backwards with caretaker boss James Shan at the helm; West Brom have held on to that fourth place, thanks to six wins in their last ten matches.

The side are viewed as outsiders for victory here – but with promotion to the Premier League worth an estimated £60 million to the side who wins, could the Baggies keep their eyes on the prize and foil the hopes of the three better-fancied sides (and let’s face it, 32Red – eagle eyed readers may have noticed we sponsor the other three teams in this particular battle)?

Who wins, then? You tell us…

The play-off semi-finals begin on Saturday May 11th. For the latest football betting markets, visit 32Red. If you’re looking for a different kind of flutter, check out our 32Red Casino site – there’s plenty of slots and table games to keep you entertained!