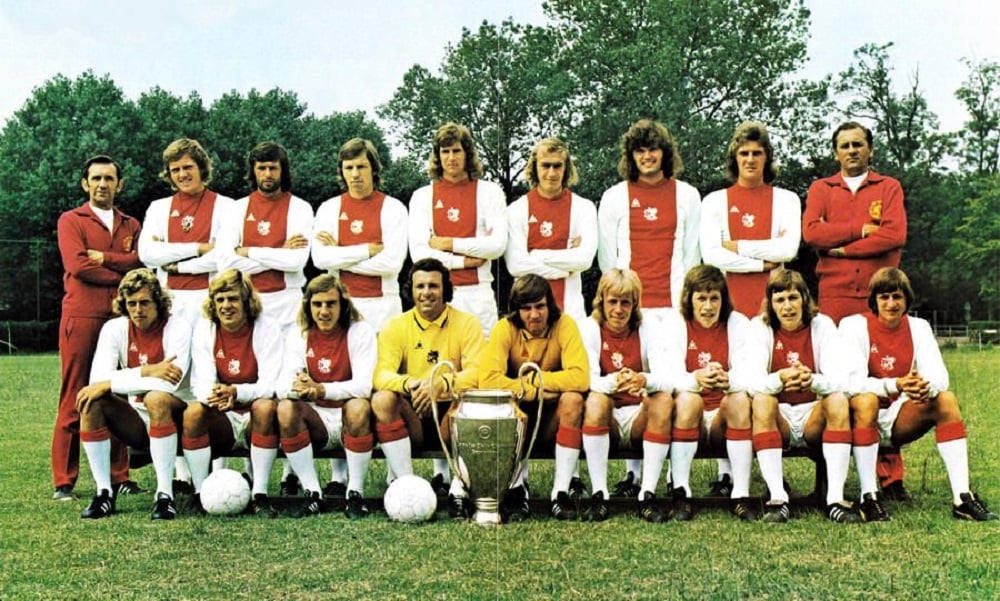 Ajax’s brilliant run in the Champions League this season has made waves around the footballing world, the Dutch side tearing Real Madrid apart 4-1 at the Bernabeu in the round of 16, then getting the better of Juventus in the quarter-finals to beat the Italian side 2-1.

In the process, the side have also inspired a petulant Cristiano Ronaldo to flounce off down the tunnel at the end of the game without engaging in the customary handshakes. Bravo, Ajax!

Manager Erik Ten Hag might not be a household name just yet, but he may already have caught the attention of some of the bigger clubs in Europe. Certainly, his players are already some of the most sought after.

Frenkie de Jong has already signed a deal with Barcelona that will see him join the club later this summer, while centre back Matthijs de Ligt – Ajax’s 19-year-old captain, who scored the winner against Juve, is already drawing comparisons with Virgil Van Dijk.

But while the Dutch Eredivisie is not currently viewed as one of the top leagues in Europe, there’s no question that Ajax have a long and proud history. Let’s take a look back at some of de Godenzonen’s most notable moments.

Formed in 1900, the Amsterdam side is the most successful Dutch side ever, with 33 Eredivisie titles – but the club haven’t just enjoyed domestic triumphs. Four-time winners of the European Cup / Champions League, their excellence in the seventies was such that the club won Europe’s greatest footballing honour three times in as many years, 1971, ’72 and ’73. During this time, they also enjoyed a home record of 46 wins, zero draws, and zero losses in the ‘71-‘72 season AND the ‘72-‘73 season.

That period of excellence coincided with Johan Cruyff’s first stint with the side; though Cruyff would spend several memorable years at Barcelona, it was at Ajax where the Dutchman earned his reputation as one of the most highly regarded players in the game.

The side’s excellence also played a hugely significant role in the emergence of the so-called ‘total football’ philosophy of the seventies – an approach that would see the Netherlands national side make it to the final of the 1974 and ’78 World Cup (they would lose to Germany and Argentina, respectively).

Ajax’s most recent Champions League win came in 1995, when they beat Milan a year later they would also meet Italian opposition in the final, this time losing on penalties to Juventus. Yet as the influx of money to other leagues has seen the Eredivisie lose some of its influence, so the top Dutch clubs have struggled to compete against their richer rivals in Spain, Italy, England and Germany.

Still, Ajax’s status as one of the elite clubs in world football is unquestionable; the side are one of just five clubs who have been awarded the European Cup on a permanent basis, after their trio of win in the seventies.

History’s all well and good of course, but what any sport fan truly craves is success in the here and now. And right now, it seems the good times are back for Ajax fans. Can they possibly go all the way in this competition this year? It would be an amazing achievement…

All About Schteve: The enigma of Steve McClaren
Iker Casillas: Portrait of an icon