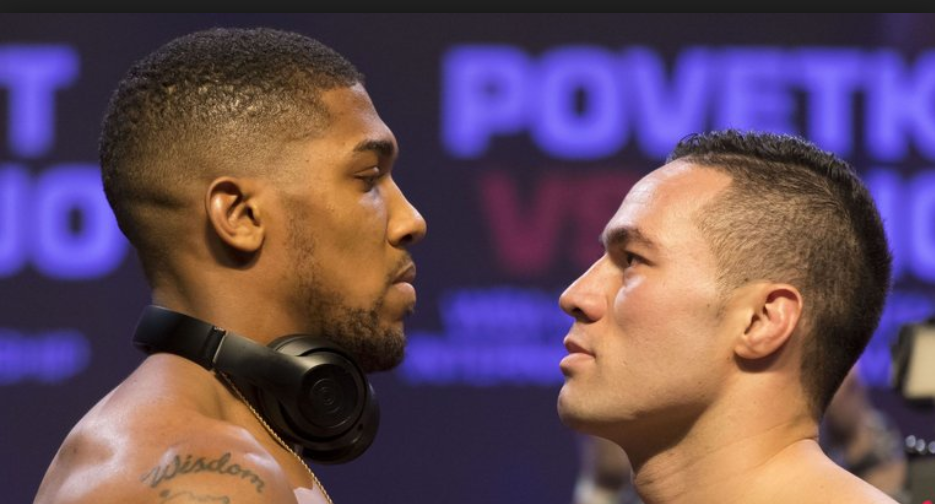 The AJ express rolls in to Cardiff on Saturday, as Anthony Joshua looks to take another step towards his goal of becoming undisputed heavyweight champion of the world. In the opposite corner is no mug. Joseph Parker is unbeaten, has 18 KO’s from 24 wins and has looked anything but rattled under the intense media spotlight this week. Arguably this is the sternest test Joshua has faced to date.

The 1/6 on offer for Watford’s finest, does however, suggest we’re unlikely to see a derailment just yet. Deontay Wilder, Dillian Whyte and Tyson Fury all offer further stadium fights down the line and it wouldn’t just be punters sobbing as they tuck into their Easter eggs on Sunday morning if the New Zealander pulled off the upset and all those paydays went up in smoke.

My prediction for the fight won’t surprise anyone. Like most, I think that AJ stops Parker, but the 7/20 on offer won’t excite many, so if forced to get a bit more specific, AJ to win between 7-12 at 8/5 and AJ to win between 9-12 at 15/4 would be where I’m focusing my attention.  Click here for the latest odds.

Nothing we have seen so far suggests anything other than the fact that Parker has a decent chin. Unless you’ve been hidden under a rock for the last week, you’ll have heard his camp repeating the fact he’s never been dropped as amateur or pro. It’s a seed they’re clearly looking to plant in Joshua’s mind, in the faint hope that some self-doubt creeps in if Parker holds the first few punches he takes well. In facing Joshua, a solid beard is a trait he’s certainly going to need. Twenty knockouts from twenty wins obviously shows that.

As strange as it may sound though, I wouldn’t call AJ a ‘massive puncher’. Not in the sense he’ll put an opponent away with one clean shot like Deontay Wilder, for example. He definitely hits hard enough to get people hurt and he clearly has the killer instinct to put them away when he creates an opening, but it’s a gradual dimming as opposed to the lights being switched off in most instances.

For my money, Parker’s downfall will ultimately be his lack of straight shots. Parker hits hard, but the right hand tends to come over the top or round the side. AJ in contrast, obviously learnt early that the quickest route is the straightest one and while Parker is looking to land something big, I can see him taking back a straighter, sharper counter more often than not. Great chin or not, that will eventually wear anyone down.

Parker is fit, tough and proud and I’d be very surprised if he wasn’t still around in the second half of the bout, but much like AJ’s last outing with Carlos Takam, it wouldn’t be a surprise to see the referee step in to halt the show late or equally see Parker’s trainer Kevin Barry (who’s like a second father to Parker) call a halt to proceedings when it becomes clear he’s not leaving Cardiff with any belts.

Also on the undercard in Wales this weekend is 32Red sponsored David Price, who goes all-in against Alexander Povetkin in a bid to put himself back in the championship mix at heavyweight. If ever a man deserved a victory on the big stage, then it’s Pricey. Seemingly on his way towards a clash with the long-standing champion Wladimir Klitschko in late 2012, Price had his progress halted by losses to two fighters who subsequently went on to fail drug tests. Payday gone, momentum gone and position as Britain’s next superstar boxer taken by a certain Mr. Joshua he found himself with a long, hard route back to the top. Inexplicably, the governing bodies deemed it correct for those losses to remain on his record, just to add insult to injury. Boxing can be a cruel sport.

If ever there was the perfect opponent to get that comeback win against, it’s Alexander Povetkin. The Russian has, you guessed it, been caught for drug offences twice himself. A week after Sky’s main event featured two more big lads who’ve been forced to take a break for drug offences and while one of the sport’s biggest stars in Canelo Alvarez is on a temporary suspension for his own questionable test results, it would be a shot in the arm for the sport to see Price get the KO and claim a victory for the good guys.

Despite the desire to see a fairy-tale ending, you can’t really disagree with the odds having Povetkin a clear favourite. (Povetkin is currently 1/18 to win). With a level head, you can’t escape the fact that any of the Russian’s seven opponents he’s beaten since his only professional loss to Klitschko in 2013 would be Price’s career best. That alone demonstrates the size of the task at hand for Price and the reason why a victory would be so sweet.  Check out the latest prices.

Experience could count for very little in Cardiff though, as Price definitely has game-changing power in his right hand that could put any heavyweight on his back. If AJ is a dimmer switch, Price is a sledge hammer to the bulb. (Price by KO,TKO or DQ is 9/1) This is what makes the fight so intriguing when combined with the drug story subtext. He has however, also shown a tendency to run out of steam in the later rounds of fights, most notably in losses against Christian Hammer and Tony Thompson. (Povetkin to win inside the distance is 2/15) This dynamic is what makes me believe Povetkin will be content to try and draw the sting out of the Liverpudlian in the early exchanges and make this contest go further than many expect.

Price has a huge height and reach advantage which could see him rack up the early rounds at range as Povetkin attempts to stay clear of his power shot. The Russian, confident that a strong finish to the bout once the early danger has passed, should see him get the job done in style. He’s also likely to be very aware of the fact that any slip could cost him a massive payday as AJ’s future dance partner. Povetkin is currently the WBA’s mandatory challenger for Joshua and a rocking Principality Stadium will make sure the financial risk of failure is firmly on his mind as he makes his way to the ring.

My heart says Price will land the big shot and get the victory which would right all the wrongs. My head says he’s got a hell of a task in doing that. Fortunately for me, I’m going to sit on the fence and follow what I see as the value. The fight going past 4.5 rounds at 19/20 is where my money will be.

The final bet of the weekend is one for the accumulators, when in a slightly lower profile meeting, Robbie Davies Jr and Michal Syrowatka meet at the BT Convention Centre in Liverpool. The pair fought once before in July last year, with Syrowatka claiming a twelfth round KO win when well behind on the cards, but this time I’m backing Davies Jr at 11/25 to get the job done. Davies Jr was suffering personal issues before the last meeting and should have more than enough to claim the victory with a less challenging build up.

The bets this week are AJ to win between rounds 7-12 at 8/5, Povetkin v Price to go beyond 4.5 rounds at 19/20 and both in a treble alongside Robbie Davies Jr to win at 11/25. The treble should pay just shy of 13/2 and will hopefully have everyone smiling this Easter Sunday.