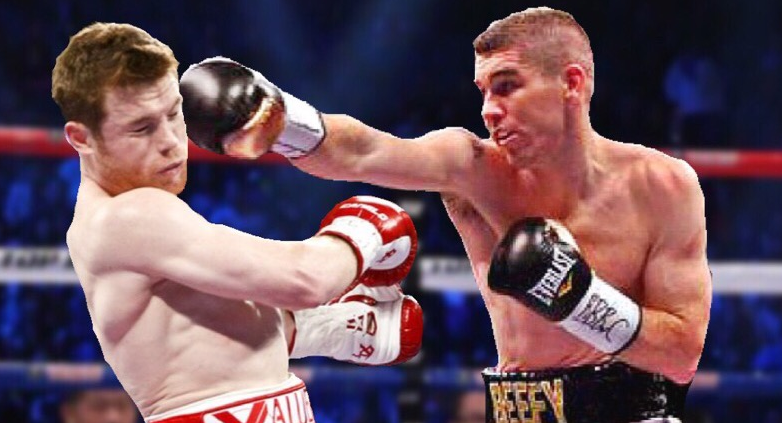 Liam Smith exclusive interview: Ask anybody around me they’ll tell you that I’m 100% on it this time…

Despite the fractious build up to their intense first meeting, there was an overriding feeling that Liam Smith saw his clash with British rival Liam Williams as a means to an end, that settling a domestic score was incidental to the WBO interim title belt at stake,

Whether you feel that the ninth round clash of heads which eventually brought the fight to premature end and saw Smith declared the winner robbed the charging Liverpudlian of a more conclusive victory, or whether you feel it stole a hard earned win from Williams’ grasp, there is no denying the fact that the former WBO junior middleweight champion now has far more people questioning his credentials.

Smith (25-1-1, 14 KO’s) is the type of fighter who relishes a challenge and this time around it seems like finally bringing the feud to an end and silencing his doubters means every bit as much to him as earning a lofty world ranking.

“If you ask people close to me, It’s like night and day compared to last time,” Smith told 32Red. “I know people will say that I overlooked him last time but I honestly didn’t. There were a lot of things that came into play that were going on behind the scenes, just different little circumstances. I came back from a fight with ‘Canelo’ which wasn’t really a bad showing. As much as I lost and got stopped in nine rounds, I thought I would have got good fights off the back on it and then I had to come back and take on a domestic fighter. All those factors might have come into play but because of the way the fight went, I have my doubters now. Last time to this time is night and day. I’ve got something to prove this time.

Smith, 29, didn’t leave the ring in Manchester in April surprised by anything Williams did technically but he does feel that the way in which the fight first turned in his favour, and then swiftly ended after a ninth round clash of heads points at weaknesses which Williams will find impossible to strengthen in the gym.

“You’ll get the final answers in the next fight,” Smith said. “Nothing surprised me at all about him. I knew he was a good fighter and a talented kid. I knew he’d be competitive. He’ll be competitive this time with a very good Liam Smith. Early on, I expect him to be competitive even when I’m at my best.

“I do think that the questions [are still there]. He falls short with his stamina. I wonder if that’s something he has to prove to himself. By all accounts he trains hard but whether it comes down to his grit and toughness, there’s obviously something lacking there. He struggles to do the twelve rounds well. Gary Corcoran felt the same way. I know he stopped Corcoran in the eleventh but he had a very good start and then fell away.

“It could be his own mindset. He could be mentally weak. He’s got his doubts and I do think last time his heart let him down.”

Of the two fighters, Smith is arguably the one who has more room for improvement. Williams could be forgiven for making only minor changes to the strategy which served him reasonably well last time but Smith would be taking a huge risk should he base even a tiny part of his gameplan on Williams fading down the stretch or struggling if the going gets tough. Grit and bloodymindedness kept him in the first fight but he knows he will need more than that this time around.

“I’ve got to be physically sharper than I was last time. I was physically fit last time, I had to be to still be in the fight and turn it around in my favour. Let’s not beat around the bush here, the fight had swung. Regardless of if Liam Williams was winning or not, only one fighter was getting better and one fighter fading. I was fit but I was very flat and very slow and it didn’t take a good fighter to outbox me early on that night. I 100% believe that with both of us at our best I’m the better fighter, the stronger fighter and the tougher fighter. I just believe think that I need to be switched on and sharp early on.”