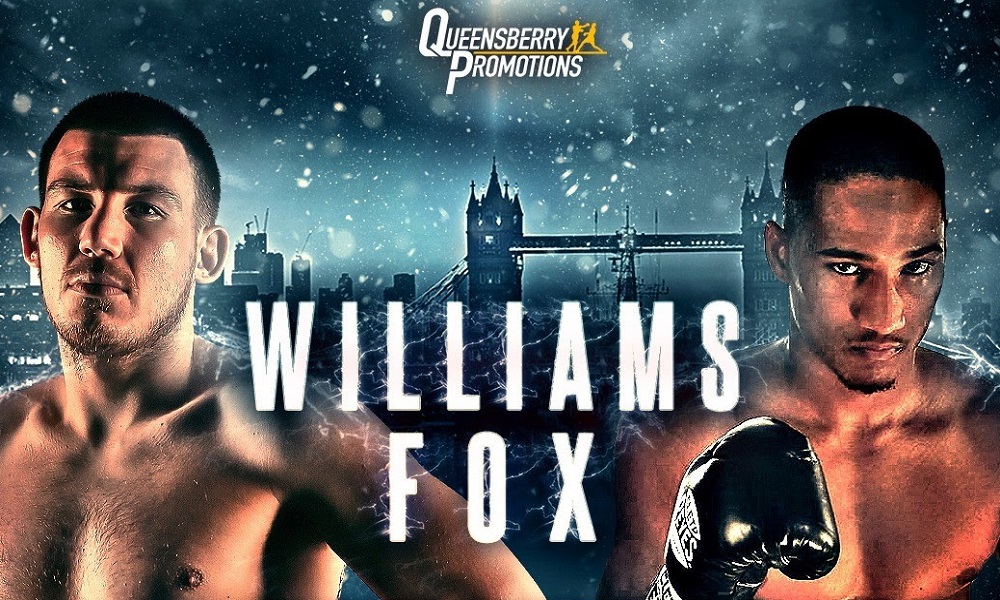 Liam Williams exclusive: I’m going to tear a hole in this fella

It is twelve months – almost to the day – since Liam Williams announced his arrival in the middleweight division. Since then, the 27 year old Welshman has aced every test set for him.

America’s Alanez Fox – all 6ft 4in of him – will arrive in London for this weekend’s WBO world title final eliminator with a unique set of problems for Williams to solve. If he can do it, his reward will be a shot at WBO middleweight champion, Demetrius Andrade in 2020. For all the latest fight odds, visit our sportsbook.

There aren’t many middleweights as tall as Fox around so with sparring for a man of his size at a premium, his opponents are forced to do a little learning on the job. As well as the usual tactical adjustments Williams will have to make, he has pinpointed one particular area he knows he will be able to target. If successful, it will render the rest of Fox’s assets useless.

“I’m gonna break his heart. That’s exactly what’s gonna happen,” Williams (21-2-1, 16 KO’s) told 32Red. “He’s like any nice, rangy boxer. If you’re leaving them alone and letting them ping you with different shots then they can do 12 or 15 rounds easily. If you get in their face and make them fight hard then the majority start questioning themselves. Whether that is or isn’t his natural mentality doesn’t matter, I’m gonna make him question himself anyway because I’m just gonna give it him.

“Obviously I’ve gotta close the range, slip inside distance and when I’m there I can’t be hesitant I just have to let rip. He’ll try and tie me up and make it messy but as you’ve probably seen from my other fights you can try that but I’ll keep firing away from any angle I possibly can. He’s probably gonna be better off getting his distance and moving.

“It doesn’t really matter though. I’m on good form and I’m going to tear a f**king hole in this fella.”

Fox has already had one shot at Andrade. In October 2017 the 27 year old dropped ‘Boo Boo’ but it was his only real moment of success and he lost a wide decision in his first real step into world class. This will be Fox’s most high profile outing since that night and beating Williams will not only give him his first crack at a world title, it will also provide him with an opportunity to gain revenge. Speaking with the type of self belief that only the most confident fighter is capable of, Williams is concentrating purely on his own performance rather than spending a single second worrying about which version of Fox might turn up.

“I haven’t even watched the Andrade fight,” Williams said. “Andrade is a long southpaw so I don’t know what I’d gain from watching it. If I’m being totally honest I haven’t watched much of him really. It’s quite difficult to find any good footage of him but he is what he is. He’s a skinny, rangy, weak man and I’m gonna tear a hole right through him. He’s big but he’s a string of p*ss.

Since transplanting himself in Sheffield and teaming up with Dominic Ingle ‘The Machine’ has cranked himself into a higher gear. Last December, Williams stepped up to 160lbs and beat the highly rated Mark Heffron in what was seen in some quarters as a ‘pick ‘em’ type fight and he has managed to keep the momentum rolling ever since. When the first bell rings on Saturday night, it will be just over two years since Williams lost his world title rematch with Liam Smith. If all goes to plan this weekend, Williams will enter the new year with another world title shot safely secured.

“It’s obviously the perfect step. Its a final eliminator but I believe he’s a decent enough fighter. I suppose I’d have to pick my words wisely because he’s obviously got to be a good fighter to have got where he has but I think I’ve fought people just as good as him.

“For now at least definitely I’m staying at middleweight. It would probably have to be a world title fight or a fight with a big name to get me go back down to light middle. All of my opportunities are coming at 160lbs. I’m comfortable at middleweight and I’m happy.

“I’m not overlooking Fox but I believe I’m gonna get a good win over him and go into 2020 in the perfect position. I’ve had some good wins this year and four fights since last December. I just believe everything has fallen into place for me. I’m not cutting any corners and the mindset I’m in at the moment I just don’t see anybody being able to stop me.”