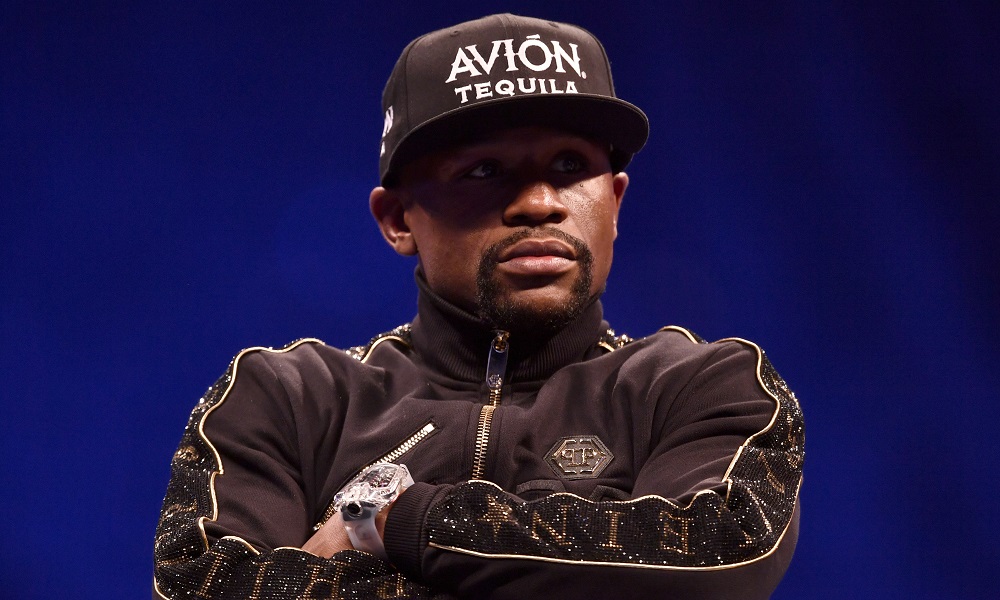 While there have been other mismatches in the history of boxing, they’ve surely never been on a scale like this before. There’s talk that later this year, Floyd Mayweather could fight YouTube personality Logan Paul.

The 25-year-old Paul has reportedly approached Mayweather over the possibility of a pay-per-view exhibition bout, according to TMZ. It’s a long way from happening – but nor is it out of the question.

So how do the pair measure up? Well, Mayweather, 43, has 50 fights over his illustrious career – winning every one of them. By comparison, Logan Paul has had one professional bout, against fellow Internet personality KSI, which Paul lost on points. If the exhibition bout does get the green light, we’re going to go out on a limb and suggest Mayweather might be the favourite.

And if this ill-conceived clash does go ahead, it won’t be the first time Mayweather has involved himself in a questionable contest. In 2017, Mayweather kept MMA fighter Conor McGregor at bay with ease for much of the fight, before stopping the Irishman in the 10th round.

A year later, “Money” Mayweather would make especially short work of Japanese kickboxer Tenshin Nasukawa, knocking him down three times in the first round, and earning $9 million for less than three minutes work.

But it’s his prowess prior to those exhibitions that have sealed Mayweather’s reputation, the American beating the likes of Manny Pacquiao, Oscar De La Hoya and Miguel Cotto in their prime. It’s difficult to see what decking a YouTube personality would do to add to the living legend’s reputation – but if the money’s right, that may not bother Mayweather.

Regardless, leaving aside the questionable value of the proposed encounter, what are some other notable bouts where the gulf of class between two fighters was unmissable? We’re glad you asked…

US boxer Danny Garcia’s decision to fight Rod Salka in 2014 was widely criticised even before the fight took place, with the out-of-his-depth Salka effectively moving up two weight divisions in order to qualify for the fight.

He probably wishes he hadn’t bothered, with Garcia pitilessly knocking out second-best Salka in the second round; before that, the less than hot Rod had already been down on the canvas twice in the fight.

Incidentally, Salka’s other dubious claim to fame is that when he went on to fight Francisco Vargas in 2018, he sported a pair of trunks featuring a brickwork patter, meant to reference Trump’s infamous Mexican wall; since then, the fighter has completed his journey to the dark side, going on to become a fully-fledged Republican politician. Which might at least make you feel much better about seeing him getting absolutely battered by Garcia.

In 1995, Mike Tyson was out of prison, his debt to society paid. Having been put away at the age of 26, when Tyson re-emerged three years later his reputation in the ring remained such, he could have commandeered a big name for his return to action. Instead, Tyson chose to ease his way back, choosing to take on the fairly obscure Peter McNeeley for his first post-penitentiary tear-up.

In fairness, McNeeley had won all but one of his bouts before facing Iron Mike – but it quickly became apparent that Tyson was operating on a different level to Pete’s previous opposition. Really quickly.

Knocked down twice within the opening one and a half minutes of the first round – his first fall coming ten seconds into the fight! – McNeeley at least showed intent. Alas, his execution wasn’t up to the job.

McNeeley’s manager Vinnie Vecchione would enter the ring soon after the second knock down to halt the fight, leading to a dazed McNeeley being officially disqualified from the match. Who knows how the course of boxing history could have been changed if only Vecchione had allowed the fight to continue (Ron Howard voice – the course of boxing history would not have been changed). But hey, at least this fight inspired a truly fantastic episode of The Simpsons.

Tokyo’s famous Budokan hosted this major mismatch in 1973; even with the likes of Bob Dylan and Ian Brown at their caterwauling worst having played this celebrated arena, Foreman vs Roman might just be the most brutal spectacle the venue has ever seen.

Foreman was the undisputed heavyweight champion of the world, while Jose Roman was an undistinguished Puerto Rican boxer who had done little to earn his place in a contest like this.

So was an upset on the cards? Given the context of this piece, the answer is pretty obvious, right? After a minute or so of spirited defiance from Roman, the hulking Foreman got his opponent against the ropes and it wasn’t long before Jose hit the canvas.

The underdog would pick himself up and go again – but only for a matter of seconds. Moments after the fight resumed, Foreman would again send the ill-fated Roman sprawling to the deck. Again he got up – again, moments later, he went down. A cakewalk for Foreman, this was a true trouncing for wretched Roman.

Randall ‘Tex’ Cobb was something of a jack of all trades; besides 51 bouts as a professional boxer (he won 42), Cobb was also a black belt at karate, and a figure of such theatrical menace that the Coen brothers cast him as a villain in one of their earliest features, the Nicholas Cage comedy Raising Arizona.

Starting out as a kickboxer, Cobb undeniably packed a punch, while he is also famed for his ability to take punishment too. Fighting for the WBC Heavyweight title against Larry Holmes in 1982 however, Cobb was clearly outclassed.

In fairness to the underdog, he lasted the full 15 rounds at Houston’s Astrodome, which is about 14 more than many of the fighters on this list. But the difference between the two fighters was nonetheless apparent to all, not least Cobb.

At one point, the Texan turned to the referee mid-fight, jokingly asking him to intervene with the words “you’re a white guy, do something about this!” After the fight had concluded, and the title awarded to Holmes on points, Tex was asked if he’d be interested in a rematch. He replied: “I don’t think his hands could take it.”

American fight commentator Howard Cosell failed to see the funny side, however; immediately after the bout, Cosell announced he would not work on professional fights ever again, on the basis that he had been sickened by the one-sided nature of what he’d just witnessed. Cobb’s reaction? “I can do my sport no greater service”.  Later, the likable boxer added: “If it gets him to stop broadcasting NFL games, I’ll play football for a week, too.”

Jack Catterall exclusive diary: Ramirez either fights me – or vacates the title
Mark Chamberlain exclusive: I felt like I had something to prove