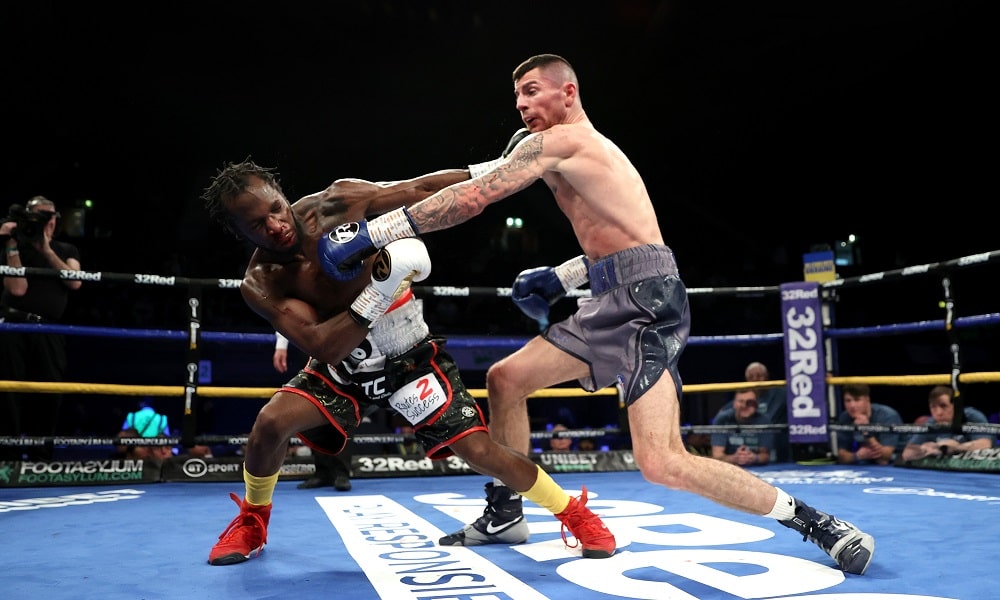 Mark Chamberlain exclusive: if there’s an opportunity for a knockout, I’ll take it

Whether they are fuelled by a drop of bad blood or just good old fashioned competition, boxing is a sport of rivalries.

The fans love having a storyline to become invested in. And every fighter – whether they admit it or not – knows that the right adversary can propel them through their career.

Portsmouth’s heavy-handed Mark Chamberlain has found himself involved in one just ten fights into his career but it is one he’d like to draw a line under as quickly as possible.

The slow build has started to a fight between Chamberlain and his fellow unbeaten prospect, Sam Noakes. Noakes was due his turn in the spotlight this Saturday night but a couple of weeks ago, he had to withdraw through injury. Chamberlain got the call and was handed the opportunity to step into Noakes’ shoes and face Spain’s Marc Vidal. For all the latest fight odds, visit our sportsbook.

It means that on Saturday night the 23-year-old can kill two birds with one stone. In one fell swoop he can steal a march on Noakes and – more importantly – move his own career forward. Beating Vidal will secure him his first professional title and give him a healthy shove up the IBF world rankings.

“It’s a brilliant opportunity. The belt will catapult me right up there,” Chamberlain told 32Red.

“I’m knocking on the door now. I’m ranked number six in England and I was put forward for an eliminator for the British title. My name’s out there more than it ever has been and I’ve just gotta believe that my promoter and team will do what’s best for me. I’ve gotta do the job on the night.

I’ve got to do the job on the night 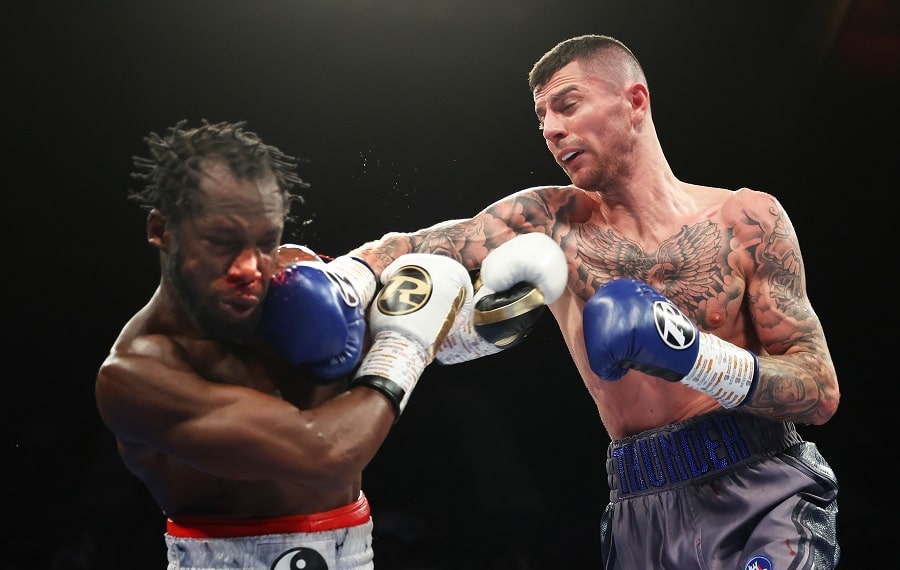 “They keep banging on about me fighting Sam Noakes and saying to wait twelve or 18 months. I get why – financially it’ll be a better time to fight him – but I’d fight him now. If they’d said, “Vidal’s got a broken hand, do you wanna step in Mark?” Yes. Without a doubt. Why wait all that time? I know the money side is part of the business but I’ll just get in there and do what I’ve gotta do with anybody. I’ve got the 2nd of July to get through anyway. I’ll collect this belt and see what other doors open up for me.”

Chamberlain had been progressing nicely and in March he was matched with Jeff Ofori. It wasn’t an acid test – it was a fight Chamberlain was supposed to win – but he was also supposed to be given plenty of problems to solve by the tough Londoner. It didn’t work out like that. Chamberlain put Ofori in his box quickly and kept him there until his corner ended the fight after five one sided rounds.

Stopping somebody with a perfectly timed counter punch is one thing but forcing a quality fighter to retreat into their shell is another altogether. It might be frustrating at the time and not provide a highlight reel worthy finish. But in the cold light of day, building a reputation as a fighter to be feared within just ten fights proves that he is doing something right.

“In my head I knew he’d only ever been stopped by Ohara Davies at the weight above. Obviously we’re both lightweights and there’s a big jump there and in terms of size, Ohara is bigger than me and he carries power too. That weren’t in my mind at the time but I knew what Jeff was capable of. He’s beaten a couple of good boys and had a close one – which I think he won – with Archie Sharp.

Last time, I didn’t get out of second gear

“At the weigh in he was saying he was gonna do this and that to me and put it on me and take it to the later rounds. i think in the third round I broke his nose and from there onwards I had it my way. he was done on points and I think they just pulled him out to save him from getting beaten up.

“I wouldn’t say I got out of first or second gear really.

“If he was coming in I believe it’d have worked better for me but he didn’t even really wanna engage. I wouldn’t say I got frustrated but in about round four he started talking to me. He was encouraging me forward saying, ‘Come on then.’ but I was waiting for him. He said he was gonna do this and that but had done nothing.

As Chamberlain moves through the levels he obviously isn’t going to be able to land as cleanly and regularly as he has done so far in his career. His reputation has already started to proceed him and he will be fighting people much more technically adept. Ofori gave him some useful live fire practice but this isn’t news to Chamberlain. He has known for a long time that to be successful he is going to need to learn to be patient and figure out how to pick locks. 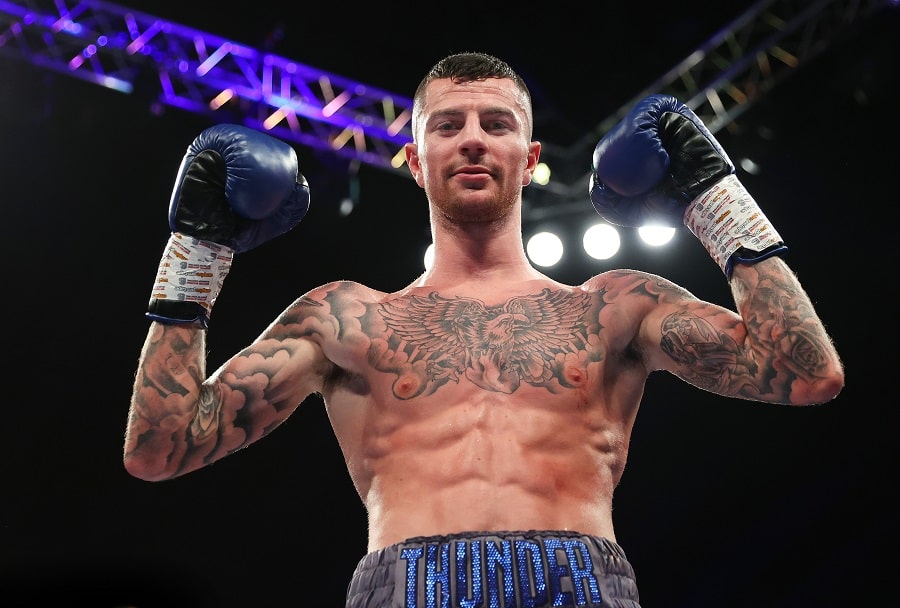 There’s only so much somebody can take

“Definitely. I never go looking for a knockout anyway. If you go looking for it, it never happens and it can look ugly,” he said. “I’ve got ten rounds to do it now too. I can get the first couple out of the way to see what they’re about. If the opportunity is there, I’ll take it but I think after five or six rounds they start feeling the power. There’s only so much somebody can take isn’t there? I’m expecting this fella to be quite tough. He’s had 20 fights and never been stopped.”

Vidal looks like providing a stern test. On paper at least. He holds a 13-2-5 record. Back in 2018 he had a technical draw with Kiko Martinez before losing a decision in the rematch. Martinez still carries power – just ask 32Red ambassador Josh Warrington. So for Vidal to make it through two fights with the former world champion shows that – at the very least – he has good survival instincts and a solid chin.

“I think the Kiko that was in there with him wasn’t the Kiko we’ve got now. I know Kiko’s older but I think he’s a lot improved. I’ve watched the fight with Kiko and I believe he’s open to some good shots. He’s got a high guard and that’s alright but when you’re getting hit to head and body you can’t protect it all. Hopefully I’ll get through.

“Every shot takes its toll. Even if it’s a touching shot, they still hurt.”

Continue Reading
You may also like...
Related Topics:featured, Mark Chamberlain