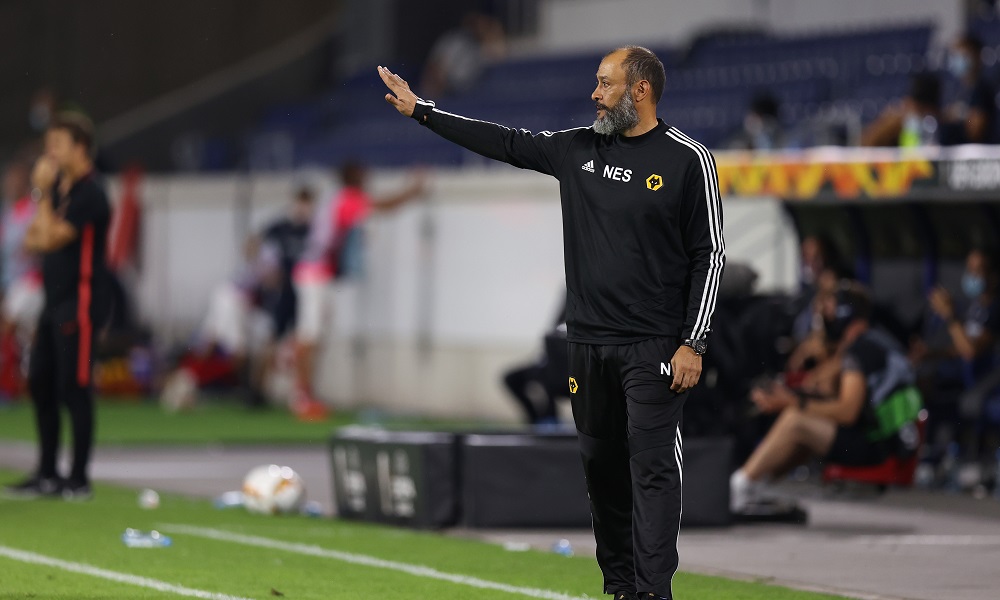 Both these sides lost at the weekend. For Frank Lampard, it was Chelsea’s first defeat since his second game of the season, a 17-game unbeaten run that had seen the Blues climb nearly to the summit of the league table.

Yet Chelsea were undone by Everton on Saturday, Gylfi Sigurdsson dispatching a penalty to score the only goal of the match, and leave Lampard three points off the pace set by Tottenham.

As it turned out, every team in the so-called big six failed to win this weekend. What may be more important is how well Lampard’s side can recover on Tuesday night.

Wolves have enhanced their reputation in recent years under Nuno Espirito Santo, but the Portuguese coach saw his own side beaten at the weekend by Aston Villa. In fact, Wolves have won just two of their six home matches in the league, and are without their influential forward Raul Jimenez, injured last month (and likely to be out for the season).

Chelsea won’t be at full strength themselves, however; Christian Pulisic, who has had a hamstring problem, is in the squad but may not start; Hakim Ziyech and Callum Hudson-Odoi are absent with the same injury.

Still, the Blues are definitely favourites to win at 4/6, and understandably so; rarely the most prolific of sides, Wolves have drawn a blank in their last two games (Liverpool and Villa) and have scored a total of just 11 goals in the league so far this season. In contrast, while Chelsea also drew a blank against Everton, their total Premier League haul for the season to date is 25 goals.

Wolves conceded three against Man City on home turf back in September, and Lampard’s similarly capable attack force should be able to break down Wolves’ defence. The visitors won this fixture last season in a goal-packed encounter that finished 2-5, and after a disappointing weekend, Chelsea will be hopeful of taking all three points here.

Whether it’s a goalfest is a different matter; Timo Werner was criticised following a poor showing against Everton, and the former RB Leipzig man has drawn a blank in his last seven matches for Chelsea. Will he respond positively to the criticism here? He is 6/4 to score at any time.

Perhaps Tammy Abraham is a better selection to score for Chelsea, however; the 23-year-old scored a hat-trick in this fixture in 2019, and is 39/20 to score at any time.

After a dour, goalless draw against their city neighbours at the weekend, will Man City show a little more ambition against the bungling Baggies?

Newcastle scored against West Brom after less than a minute in Saturday’s match, and Slaven Bilic already looks resigned to his fate, even if his side did show some fight to get back into the game against the Magpies. Ultimately it wasn’t enough, Newcastle winning 2-1 in the end.

In seven of the last nine league meetings that City have hosted between these sides, the Manchester team has scored three or more goals; they’ve won every single one of those matches, too.

The odds of 1/12 for a City win speak for themselves; City haven‘t gone on many goal-sprees this season, but they did put five past Burnley last month and this might be another evening when the goals flow. Backing Man City to score over 2.5 goals at 4/9 could be a decent prospect.