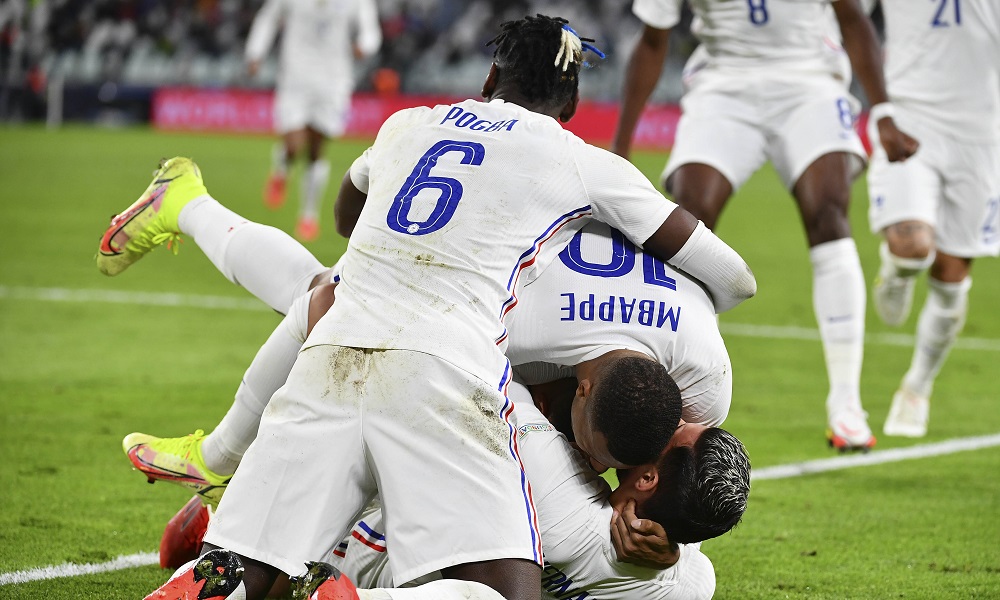 After a cracking couple of semi-finals earlier this week, on Sunday evening Spain take on France at Milan’s San Siro in the Nations League final.

Roberto Mancini’s side were reduced to 10 men late in the second half, after Leonardo Bonucci was sent off for a second yellow card – but Spain were deserving winners regardless.

Spain’s win brought Italy’s world record run of 37 unbeaten matches to an end – and saw the Italians lose a competitive match on home soil for the first time since 1999, incidentally. Luis Enrique’s side are clearly taking this competition seriously – but are they good enough to see off a French team bursting with capability?

On Thursday, Didier Deschamps’ side pulled off a remarkable reversal against Belgium, the French team going 2-0 down with a couple of goals in the space of four minutes towards the end of the first half. The French rallied to win 3-2 at the death in a game – setting up what has the ingredients to be a blockbuster final encounter with Spain.

Last time the two sides met in a major tournament was back at the 2012 Euros, when Spain won 2-0. And over the two nations various meetings since 2010, Spain have won on four occasions, with France winning once and one match ending in a draw.

This is the first time Spain have found themselves in a final since the 2012 Euros too – and if this trophy isn’t quite as prestigious, could that mean both teams playing with the handbrake off, to use a Wenger-ism?

Possibly not.  The inaugural Nations League final of two years ago saw a couple of exciting semi-finals too, before a final that ended in a somewhat plodding 1-0 win to Portugal.

It’s possible that, with silverware so close, both these teams forget the swashbuckling style they are capable of and implement a more cautious model here. That’s probably Didier Deschamps’ preferred approach.

That wouldn’t be a shock – but it would certainly be a shame, given France will be calling on the likes of Kylian Mbappe and Karim Benzema, who has scored nine goals in his last eight games for club and country. Benzema is 47/20 to score at any time here, while a France win at 1-0 is a 7/1 shot.

If you’re convinced this will be a more open encounter and there could be more than the odd goal in it, backing Torres to score again might be worth a look. The forward had to be substituted in his game against Italy with a knock – but he expects to be fit to play a role against Les Bleus.

Torres has been excellent for his nation too, scoring four goals in his last three appearances for Spain; if he’s fit to start he looks an intriguing contender to score at any time, at 29/10.