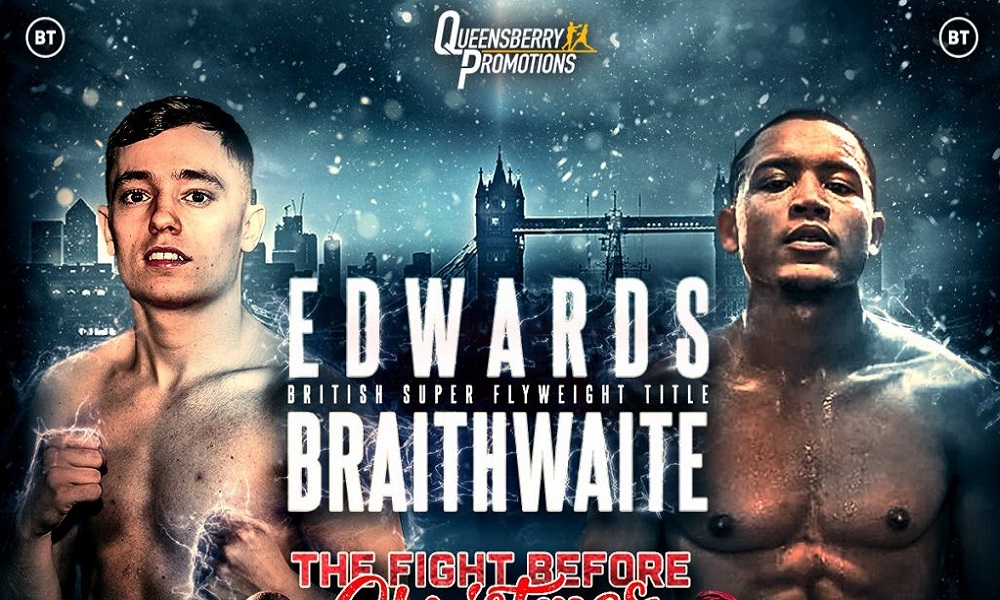 It is all too rare for fighter lighter than featherweight to headline shows in Britain and it is even rarer for a boxer who relies on skill and ability rather than crushing power to do it.

This year, Sunny Edwards has put in a series of flawless performances and grown accustomed to seeing his name at the top of the fight posters but the unbeaten 23 year old isn’t too upset that his vacant British super flyweight clash with Marcel Braithwaite will make up part of the supporting cast to Daniel Dubois’ latest heavyweight outing this weekend. For all the latest fight odds, visit our sportsbook.

“Nah, Dubois threatened to chin me so I didn’t mention it,” Edwards [13-0. 4KO’s] laughed when talking to 32Red. “It’s been a good period. Everything I’ve asked for has been delivered and finishing it off with the British title would be ideal.”

Since announcing himself as a force with a dominant victory over former European bantamweight champion, Ryan Farrag, last October Edwards has been on a steady diet of hardened Mexican opponents. They might possess the kind of toughness and experience that Edwards must get used to overcoming if he is to succeed at the highest level but it is undeniable that interest levels are raised and the stares get a bit more intense when two ambitious British fighters meet.

“Potentially but when these unknown quantities come over you have no idea what you’re getting or how hard they hit,” the Londoner said. “It is good to have an opponent who people are going to take a little bit more notice of and talk about a bit more though.

“To be fair, there’s no real animosity between me and Marcel like there was between me and Farrag. We’ve had a bit of banter and he asked for the fight. He got offered it, turned it down, and then he accepted an increased offer. We had a few jokes when he didn’t turn up to the media workout.”

The six degrees of separation theory suggests that any two people on the planet can be linked by six or fewer social connections. It would take far fewer than six steps to link Edwards and Liverpool’s Braithwaite. Edwards is close friends with fighters at Manchester’s Collyhurst and Moston gym. That gym also has very strong links with Braithwaite – who holds the English title – and his coach, Wayne Smith. Surprisingly for two fighters who have the same acquaintances and operate around the same weight division, they have never shared the ring for so much as a single round.

“I’ve never sparred a round with that kid in my life,” Edwards said. “I trained with him once down at Collyhurst and Moston when we were both there. My brother Charlie [former British and world flyweight champion] has though. He was ticking over in Liverpool and they sparred a couple of times.

“I don’t think it’s only people that know us both who are pretty certain what’s going to happen. The bookies seem to have shown that too. I don’t think Marcel has shown too much in the ring to bother me really. It might be different come fight night but I really can’t see it.

“No, I’m not at all surprised he’s taken the fight. The amount he’s getting paid is very, very good money compared to what he has been earning. He’s also got options like rematch clauses where he’d be getting paid well again. I’m not surprised at all. It’s for the British title too and – if he genuinely believes he’s going to win – then it’s a no brainer.”

Money and opportunity can be hard to come by in the lower weight categories but Edwards has managed to position himself as one of the domestic scene’s higher profile fighters. He is already progressing up the world rankings by collecting minor international belts and should he pick up the British title this weekend, it would be very hard for any of his domestic rivals to progress further without meeting him at some point. If 2019 was the year Edwards showed his potential, 2020 could well be the year he converts it into reality.

“There are only so many routes to being a decent name around our weight division and for me the only TV fighters are me, Charlie and Kal Yafai. At super flyweight you have Jay Harris and Andrew Selby but they’ve been fighting on the IFL TV platform. That’s great but if you’re talking about actual television, there are only the three names to target. Marcel will never fight Charlie because he’s way beneath that level and the same goes for Kal Yafai. The only reason he got the offer is because he’s British and can fight for the British title.

“It’s a bit watered down but in this situation I am very much the ‘A side’. It’s my town, my mandatory position and he’s been chosen, we’re fighting on my platform and so on and so on. I’m grateful that he’s stepped up to be honest and I’ve told him that personally. Lots of people have turned the fight down without even listening to the money on offer. It’s good that somebody finally has done.

“I’ve always wanted the British title and I want to win it outright too. I want that belt on my mantelpiece forever.”