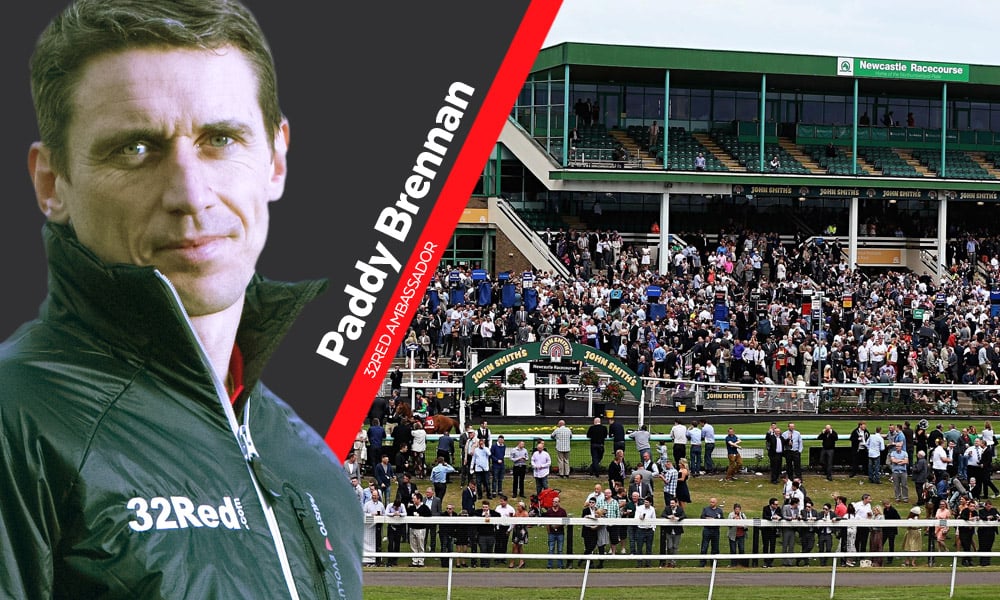 There were some reports that I had ridden my 1,000th winner after my treble at Ayr on Wednesday, and that is true – if you include my five winners in Ireland.

But I think the real landmark will arrive when I have ridden another five in the UK, and hopefully I will get another on the board from my three mounts at Newcastle on Friday.

It hasn’t been all positives though, and the week didn’t start well when Barney Dwan’s mistake at the last at Kempton on Monday cost us certain victory.

He had jumped brilliantly before then, and it was just one of those things. He just didn’t pick up for me, as I wanted.

Very annoying and frustrating, but let’s hope that he can go on and prove himself a leading staying novice chaser this season. That last fence mishap was the only negative in what was a very promising performance.

I would obviously love to have been riding at Cheltenham on Friday. I live next door to the track, and love the place.

But I would love to ride 100 winners again – I’ve done it once – and if I can get to 55 winners or so by Christmas, I’ll be giving it a good go. So I am going everywhere at the moment to get winners on the board.

To be honest, Cheltenham’s card on Friday doesn’t look as good as it normally does for this meeting, but I like West Approach’s chances of reversing form with Wholestone in the Grade 2 Novice Hurdle at 2.40pm and I think Barters Hill could be vulnerable in the 2m4f novices’ chase at 2.05pm.

He has a lazy way of racing and he wasn’t the quickest at hurdles, and I think Its’ afreebee has a decent chance of beating him.

He finished third in the Neptune, won well on his chasing debut at Fakenham, and they really rate him at home.

Anyway, here are my thoughts on my three rides at Newcastle.

I haven’t ridden him before and this is his first start over hurdles.  But he looks to have shown a fair level of ability in bumpers, winning over 1m4f in the soft at Wetherby and finishing placed here twice afterwards, albeit being soundly beaten on both occasions, and is obviously a lightly-raced and young horse.  There look to be a couple in here who have shown better form in that sphere though, notably Sam Spinner, so this could be a tough task for him.

Again, I haven’t ridden him before, and he doesn’t look to be the most consistent of horses. But 3m with ease in the ground look to be his conditions – he won over the trip in the soft at Wetherby last season – and he finished a fair second when we last saw him at Carlisle nearly a year ago. His absence suggests he may have had his problems and this is competitive, but he has an each-way chance if he runs to his best.

He comes here having been in good form over hurdles, having won at Perth and finished second over 2m5f at Ayr last month, and he switches back to fences off what looks a very fair mark. He went off the boil after winning first time out last season but at least that meant he dropped down the handicap and he was a pretty smart chaser back in 2014. In fact, he was rated 140 after winning at Kelso in March 2014, and the handicapper has given him a real chance on his return to chasing off a mark of just 124.

Continue Reading
You may also like...
Related Topics:featured, newcastle

Bryan Cooper: A great week for Gigginstown, with Valseur Lido star of show.
Paddy Brennan: This horse has a hell of an engine when on song