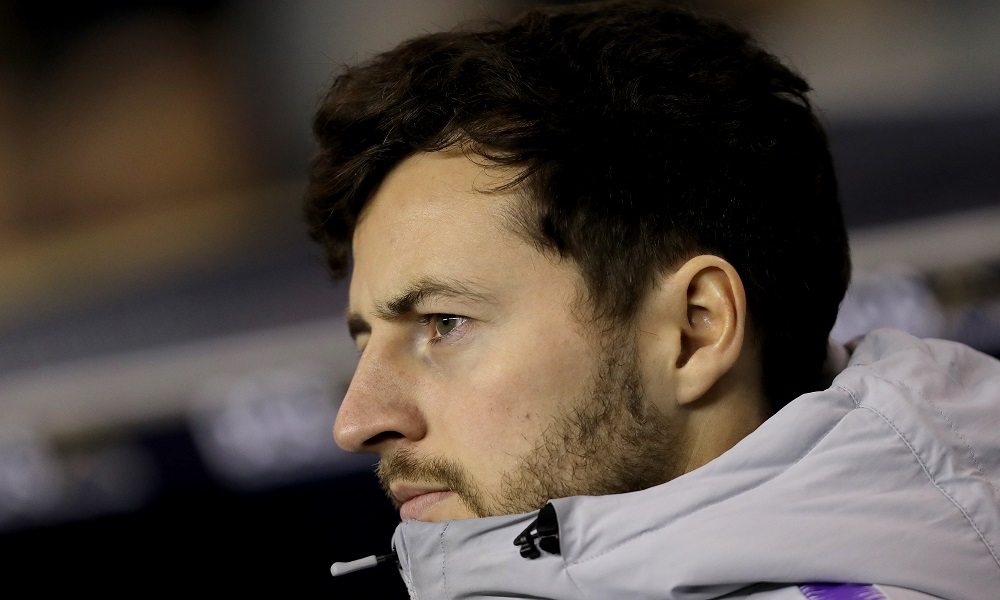 Sayonara then, Super League – we hardly knew ya. After a few extraordinary days that saw billionaire businessmen foiled in their bid to purchase the soul of football, now we can get back to the really thrilling stuff, where it matters, on the pitch. Like Chelsea 0 – 0 Brighton last night for instance.

Let’s gloss over the fact that ongoing news of the Super League saga might actually make for a more gripping spectacle than seeing the Seagulls play out a goalless draw for the second time in as many matches. Keep your USA-style razzmatazz – we’re all about keeping it real.

So what to expect from tonight’s early kick-off? Tottenham have just sacked Jose Mourinho, if you’re struggling to keep up – so will the dour destroyer’s dismissal mean Spurs show a more adventurous side against the Saints?

Southampton were beaten in the FA Cup at the weekend, and their league form remains little short of abysmal. They’ve only won three league games all year, and last time out in the Prem they were hammered 3-0 by a battling West Brom.

Even without the presence of the injured Harry Kane, it’s all set up for a glorious start for Tottenham caretaker manager Ryan Mason. The home win is a 4/5 shot; Son can step up in H’s absence and is 17/4 to find the opener.

Man City have lost two of their last three matches in all comps – so is this the match where that slight wobble becomes a serious concern for Pep Guardiola?

Surely not. Even with Kevin De Bruyne injured, you’d think the visitors should have enough to overcome a Villa side that have beaten only Fulham in their last six league games – matches that have seen them face off against, for instance, Sheffield United and Newcastle.

Villa still have it in them to pose a threat, but City can contain them – and they did win this fixture 6-1 back in January of last year.

City are gunning for their 10th away win in the league here, and will probably get it. The visitors are 7/20 to win; Gundogan, who has been influential earlier this season when De Bruyne was missing, is 13/8 to score at any time.

The Foxes scored with their only shot on goal at the weekend to put Saints out of the FA Cup, but lost to West Ham and Man City in the league games before that.

And the Baggies’ goose is not quite cooked just yet; Sam Allardyce has led an unlikely revival in recent weeks, winning against Chelsea and Southampton. Could they do a number on Leicester here? Why not? Allardyce appears to have instilled that fighting spirit – albeit a little belatedly – just as Leicester’s form seems to be dipping.

West Brom are 5/1 to take all three points; if that’s too fanciful for you, you can get 29/20 on West Brom or the Draw in the Double Chance market.